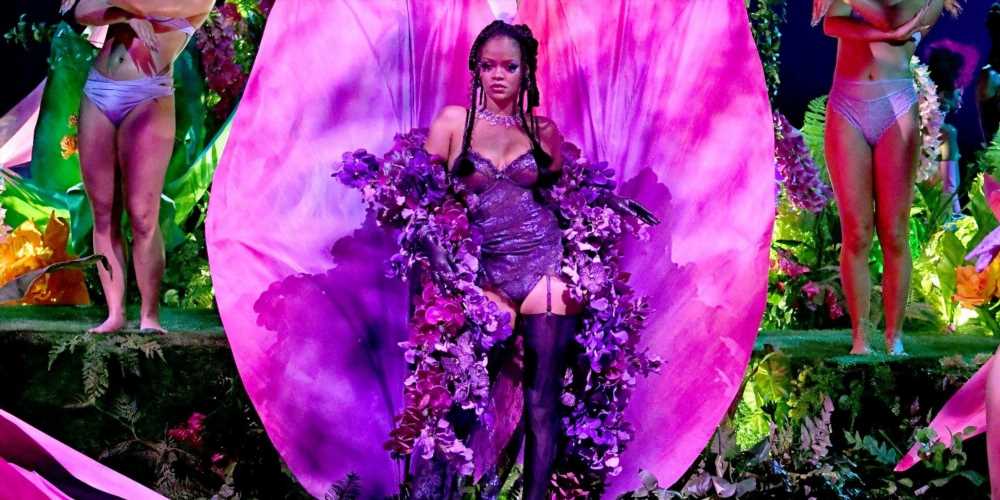 Clear your schedule and your dresser, too. Rihanna has announced the date for her third Savage X Fenty fashion show, so not only will fans of RiRi's daring designs have a brand-new spectacular to ooh and aah over, they'll get the chance to stock up on the goods shown on the runway. E! News reports that the show will stream exclusively on Amazon Prime Video on Friday, Sept. 24, and if it's anything like Rihanna's past shows, viewers can expect plenty of celebrity cameos, jaw-dropping choreography, and lots and lots of sex appeal.

The upcoming drop "features strong lines that trace contours of the body and unconventional silhouettes that push the boundaries of individuality to bring out the baddie in everyBODY," according to a press release. Naturally, the hype is already here, thanks to a teaser vid from Rihanna.

"Oh you think you're ready?," she captioned a clip on Instagram.

E! adds that the show will be a "celebration of body and movement" and offer bras, underwear, and lingerie ranging in size from 32–46 in bands and A–H in cups. All the pieces will be available for purchase on Amazon during the show, just like they were for the show's first two iterations. Past models included Normani, Erika Jayne, Lizzo, Cara Delevingne, and Indya Moore. Performers haven't been announced for this year's show, but Rosalía, Ella Mai, Bad Bunny, and Travis Scott have all taken to the mic in years past.