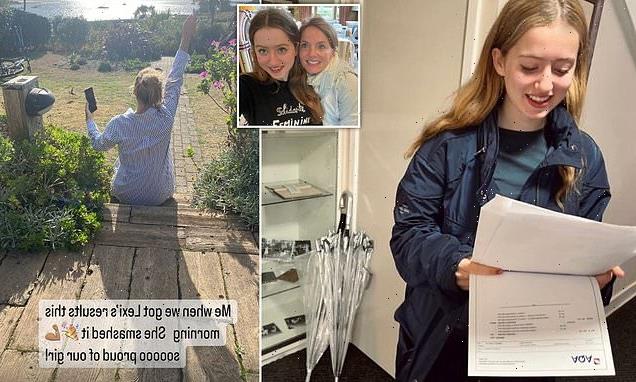 So proud of you! Geri Horner reveals her daughter Bluebell received NINE A* grades at GCSE level as Amanda Holden fist pumps the air after daughter Lexi ‘smashes her results’

Geri Horner and Amanda Holden have revealed her pride after their daughters received their GCSE results.

Geri’s daughter Bluebell Madonna, 16, beamed on an Instagram picture on Thursday as she read her results which were nine A* grades. 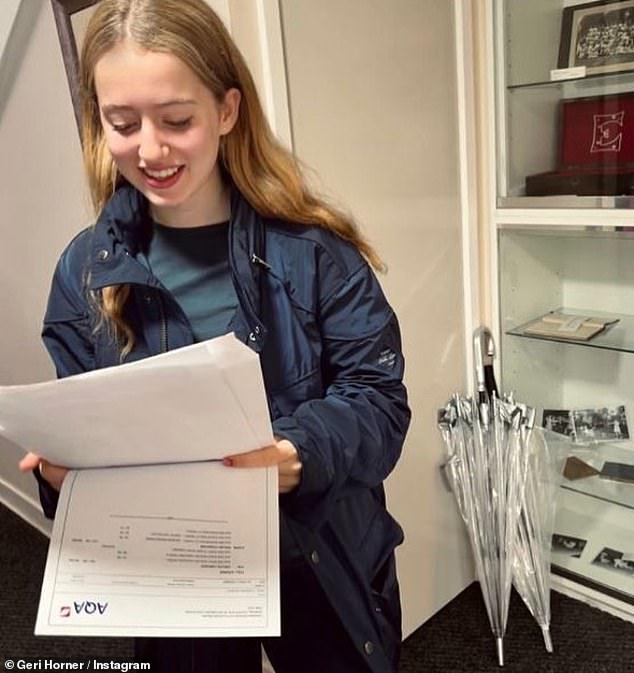 So proud of you! Geri Horner revealed her daughter Bluebell has received NINE A* grades at GCSE level – sharing this sweet Instagram picture on Thursday  morning 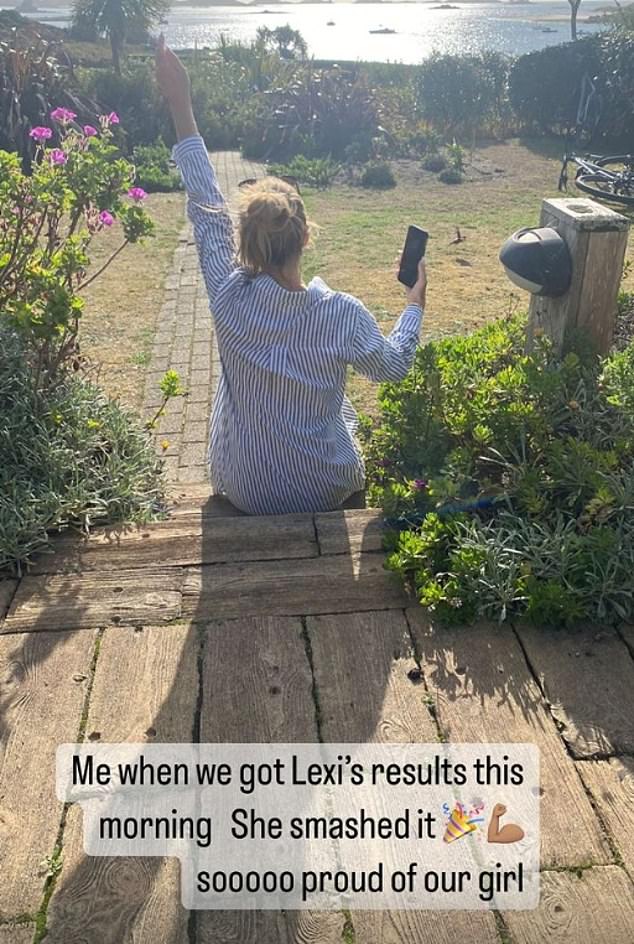 Good news! Amanda, 51, didn’t reveal just what results her daughter Lexi, 16, had received, but she shared a picture of herself sitting on a step and punching the air

Students are receiving GCSE results today, having sat exams for the first time in two years due to the pandemic.

Grading is different in England, compared with Northern Ireland and Wales.

In England, traditional A* to G grades were replaced in recent years with a 9 to 1 system, with 9 being the highest mark.

Similar to the pattern with A-level results, published last week, it is expected that results will drop below last year, but remain above those from 2019.

This year, exams were graded more generously in a bid to provide a safety net for students in the move back towards pre-pandemic arrangements.

Bluebell – whose father is British-American film director Sasha Gervasi, 56, looked just like her famous Spice Girls mother as she clutched her results in hand.

Amanda, 51, didn’t reveal just what results her daughter Lexi, 16, had received, but she shared a picture of herself sitting on a step and punching the air.

She wrote: ‘Me when we got Lexi’s results this morning. She smashed it. So proud of our girl.’

The results were announced on Thursday morning as it was reported top grades for GCSEs have fallen by a record amount and are down on last year but higher than pre-pandemic levels.

The news emerged amid a scramble for sixth form places with tens of thousands of pupils set to miss out.

As hundreds of thousands of teenagers get their results, the plunge in top grades will affect an estimated 75,000 – with about 50,000 fewer getting at least a basic pass in six GCSEs.

And girls continued their lead over boys this year, with 30.0 per cent of entries achieving a 7/A, compared with 22.6 per cent for males, according to figures published by the Joint Council for Qualifications (JCQ). 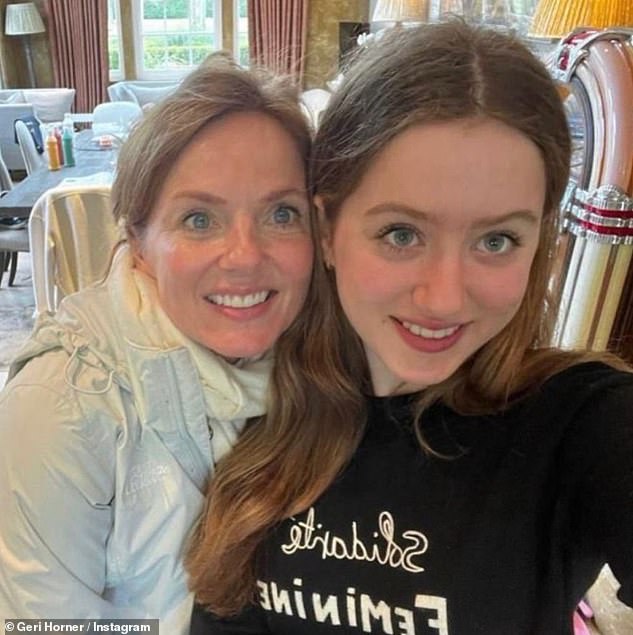 Tribute: Geri shared a photo of her rarely seen daughter, Bluebell, as she celebrated her 16th birthday back in May 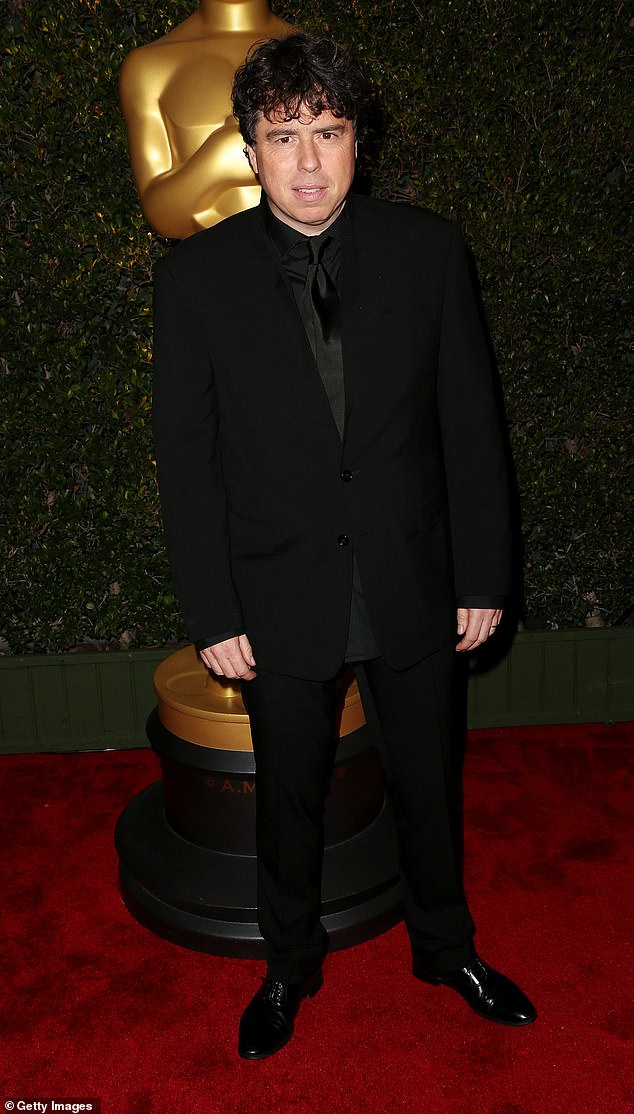 Exes: The singer shares Bluebell with her screenwrite ex Sacha Gervasi, with whom she had a relationship with in 2005 (Sacha pictured in December 2012) 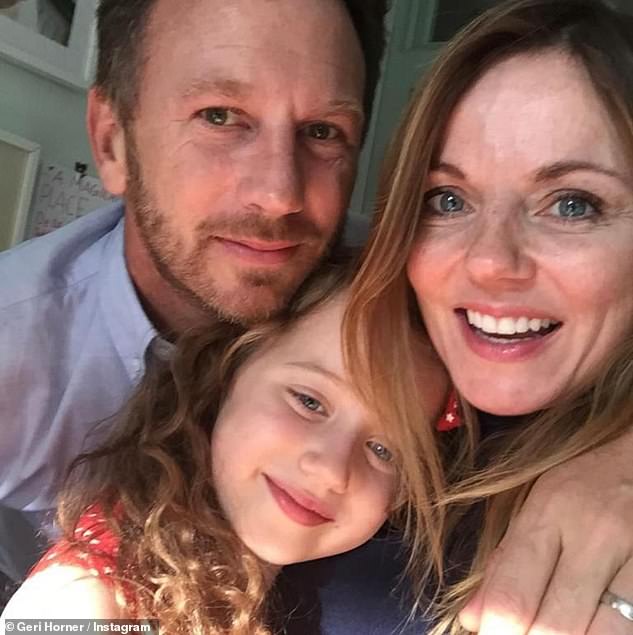 Cute: In another photo, Bluebell could be seen alongside her mum and step dad, Christian Horner, 48, as they smiled in an old family photo

But the gap has closed slightly from last year, when 33.4 per cent of female entries were awarded 7/A or above compared with 24.4 per cent for males, a lead of 9.0 percentage points.

Separate figures, published by exams regulator Ofqual, showed that 2,193 16-year-olds in England got a grade 9/A* in all their subjects – including 13 students who did at least 12 GCSEs.

The top 10 subjects at GCSE, which sees pupils having to take a number of compulsory subjects as well as some optional choices, remained the same this year. Business studies, which is optional, saw the biggest percentage rise in entries of any major subject, jumping by 4.6 per cent from 102,542 to 107,283. While Spanish remains the second-most popular modern foreign language after French, its entries have fallen for the first time since 2018. 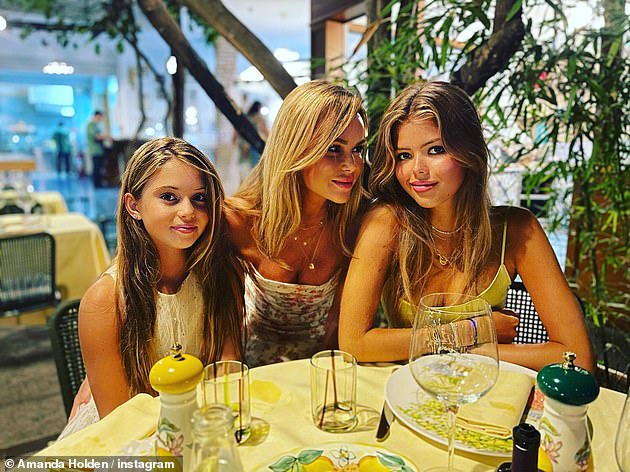 Her girls: Amanda pictured with her lookalike daughters Lexi, 16, and Hollie, 10

While traditional A*-G grades are used in Northern Ireland and Wales, in England these have been replaced in with a 9-1 system, where nine is the highest. A 4 is broadly equivalent to a C grade, and a 7 is roughly the same as an A.

In 2021, the proportion of GCSE entries awarded top grades surged to an all-time high after exams were cancelled for the second year in a row due to Covid-19 and pupils were given results determined by their teachers.

Similar to the pattern with A-level results, published last week, it had been expected that grades would drop below last year, but remain above those from 2019 as students returned to sitting exams for the first time in three years. 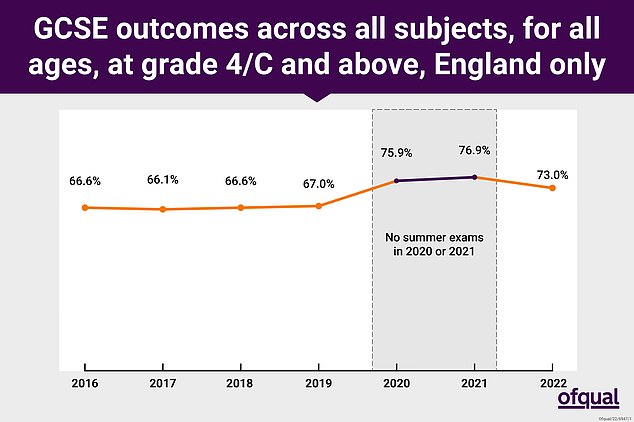 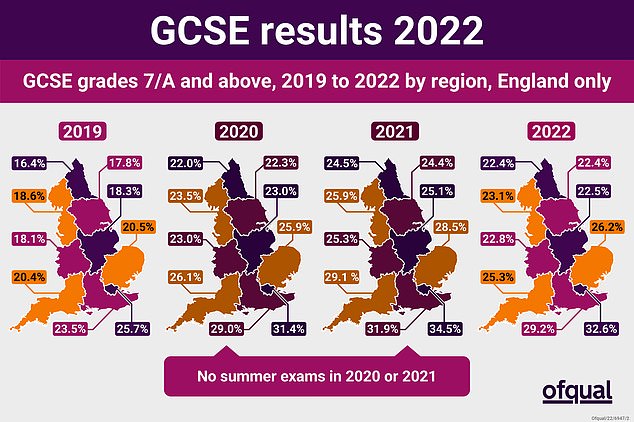