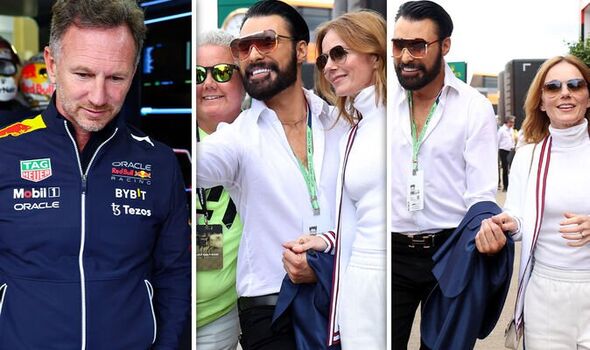 Geri Halliwell smiled with fans at Silverstone alongside Rylan Clark.

Spice Girl Geri Halliwell, 49, was all smiles as she stepped out in a chic all-white ensemble with her friend Rylan Clark, 33, to cheer on her husband Christian Horner’s team, Red Bull, at Formula 1’s British Grand Prix.

Geri looked flawless in her Gucci cardigan, which she paired with matching white tailored tracksuit bottoms, also from the opulent designer brand.

The star accessorised with aviator shades as she posed up a storm for selfies with fans alongside her friend Rylan, who looked dapper in black jeans, complete with a fashionably unbuttoned white shirt.

Geri seemed to shrug off the drama that her other half had faced yesterday at Silverstone, when Max Verstappen was booed by the crowd while he did his post-race interview after qualifying second to Ferrari’s Carlos Sainz.

Red Bull boss Christian promptly defended his teammate, saying: “It’s never nice to hear boos for any driver and it’s unusual for a British Grand Prix crowd to do that, because they usually appreciate all drivers.

“But it’s something that he accepts. Lewis is their favourite driver here, I’ve got no issue with that.” 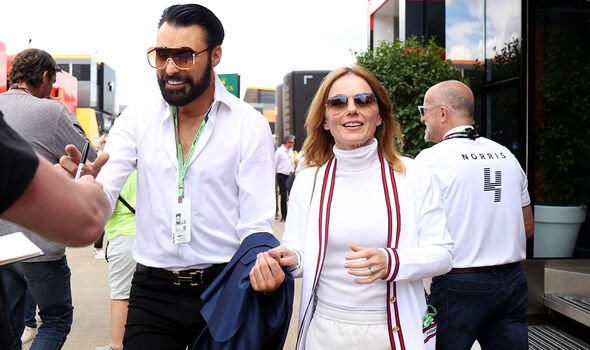 Geri Halliwell smiled as she enjoyed VIP treatment with Rylan 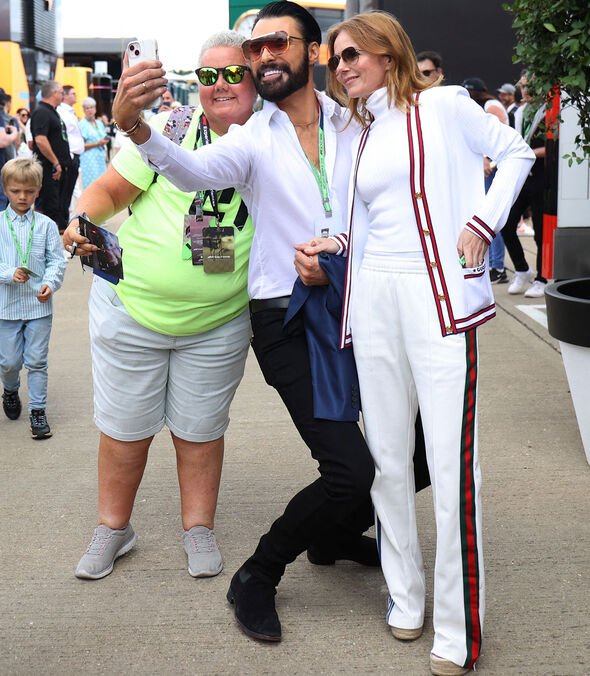 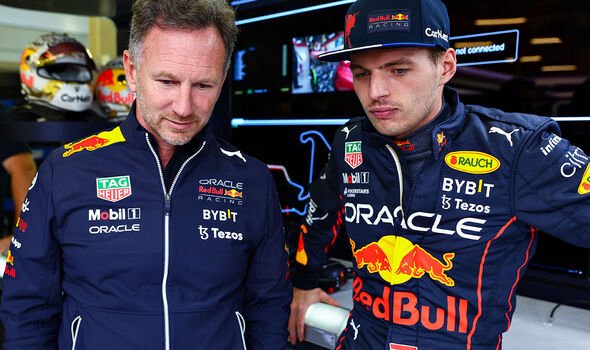 Christian Horner and Verstappen put on a united front 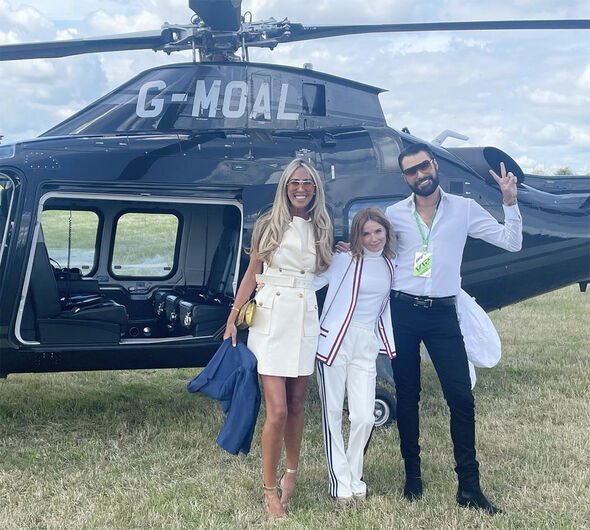 Geri Halliwell and Rylan flew to Silverstone in a helicopter

Geri Halliwell and Rylan beamed with excitement outside the helicopter. 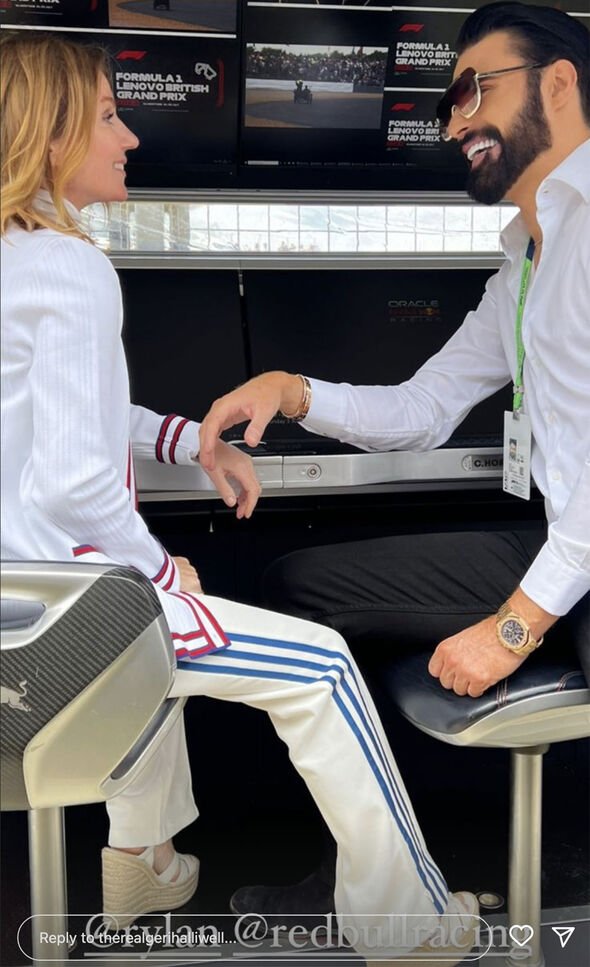 Geri Halliwell and Rylan relaxed while keeping up with the action at Silverstone. 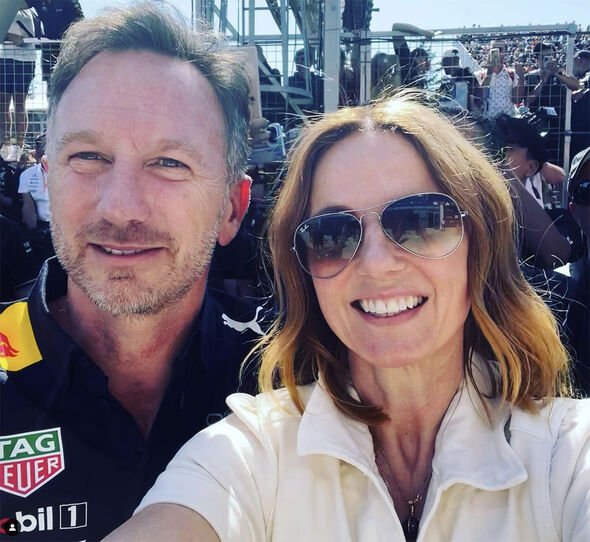 Geri Halliwell is always in the crowd to support Red Bull

Geri Halliwell grins in a selfie with husband Christian.