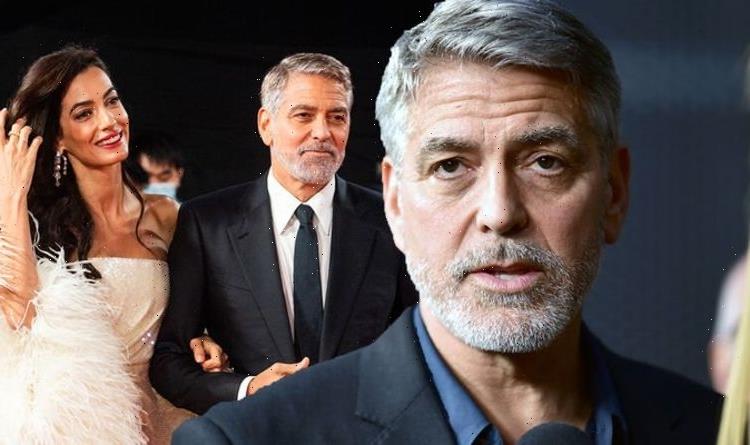 George Clooney, 60, has shared how he decided to turn down a huge sum of money after his wife admitted it “wasn’t worth it”. Speaking in a recent chat, the Hollywood star admitted he’d been offered $35 million (£26.3 million) for a commercial.

The actor was asked to appear in an advert for an airline company.

However, after discussing it with his wife, they decided it was “questionable”.

He explained: “I was offered 35 million dollars for one day’s work for an airline commercial.

“But I talked to Amal about it and we decided it’s not worth it.

“It was (associated with) a country that, although it’s an ally, is questionable at times.

“And so I thought ‘Well, if it takes a minute’s sleep away from me, it’s not worth it’.”

Amal is a human right’s lawyer, known for her prolific work advocating against injustice.

George made his comments in a chat today with the Guardian when he was asked if he ever thinks he’s made “enough money”.

He married Amal back in 2014, and the couple have two children together.

Their twins, Ella and Alexander, were born in June 2017.

Elsewhere in the chat, the actor opened up about how it’s important for him and Amal to be involved in childcare.

He admitted having a nanny for four days of the week, with the pair in charge the rest of the time.

“We don’t, because it’s so important to Amal [to be involved],” he added.

“We have a nanny four days a week and the rest of the time it’s just us.

“And during lockdown it was just us – for a full year!

“I felt like my mother in 1964, doing dishes and six loads of laundry a day.”

George will soon be releasing his new film The Tender Bar for Amazon Prime Video.

He directed the movie, which stars Ben Affleck, about a boy seeking a replacement for his father.

Currently, it’s set for release in cinemas from December 17, before landing on the streaming platform.

Speaking to Variety about the film, he said: “All these actors showed up with their hearts open.

“So you have Lily Rabe, Chris Lloyd and everyone swinging for the fences, which was really fun.

“In the middle of that was Ben, who doesn’t usually get these kinds of roles and was so excited.

“I was proud to be a part of this, to be a witness to an actor getting his teeth into a really good part, because it doesn’t happen often.”