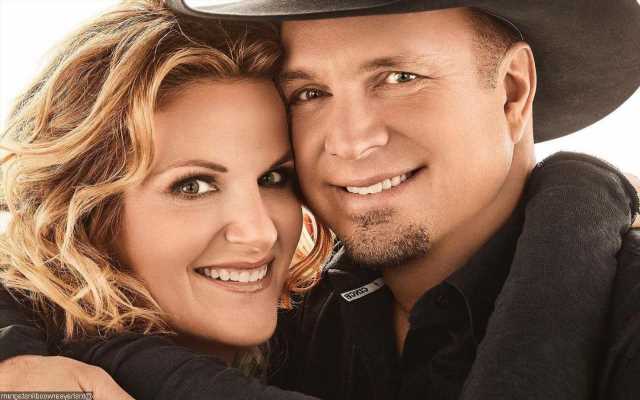 The ‘No Fences’ crooner refused to leave his wife’s side after she was diagnosed with Covid-19 earlier this year despite the risk of catching the virus himself.

AceShowbiz –Garth Brooks played devoted carer to wife Trisha Yearwood when she had COVID earlier this year (21), even though he risked getting the virus himself.

In a new interview with People TV, Trisha recounted her health battle back in February, and revealed her country superstar husband never left her side, even though he was risking getting sick too.

She admitted the attention from her husband of 15 years was touching, but his hovering did “drive her crazy.”

In the video chat, Yearwood said, “I’m like, ‘Dude, I cannot be responsible for giving Garth Brooks COVID’… I told him, ‘You have to go quarantine on the other side of the house.’ “

But the “Ain’t Goin’ Down” singer wouldn’t listen to her.

“He was really worried about me. But he never got sick and he was vaccinated. He took really good care of me, but he drove me crazy.”

The “Georgia Rain” singer was relieved her case did not require hospitalisation.

“I had what was considered a mild case and I think that’s why we had – we were lucky that COVID didn’t go into our lungs… (sic). It was just no joke.”

She told People her sense of smell is still “weird and not what it’s supposed to be yet. But I hear as long as it’s changing, it’s getting better.”

Brooks, meanwhile, has cancelled his remaining concerts for 2021 because he wants to be sure no one catches the disease at one of his shows.

“In July, I sincerely thought the pandemic was falling behind us. Now, watching this new wave, I realize we are still in the fight and I must do my part,” he said in a statement on Wednesday (18Aug21).