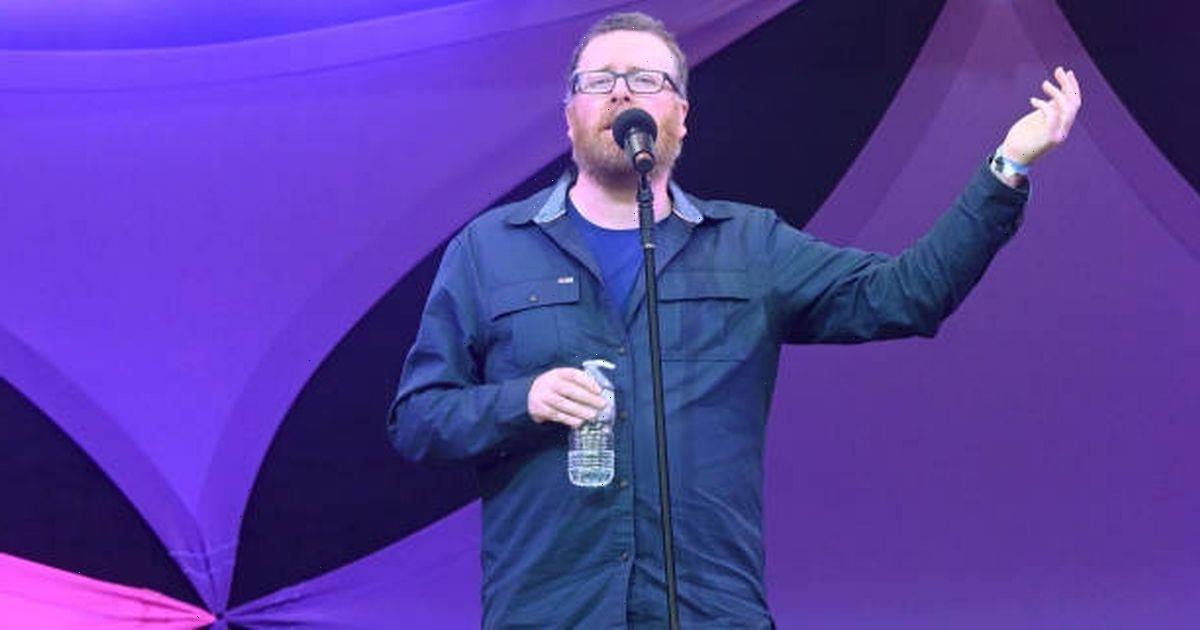 Frankie Boyle has responded to the backlash over a joke he allegedly made about "raping and killing Holly Willoughby".

During his comedy performance at Latitude Festival last weekend, Frankie reportedly said as part of one of his jokes: "I’d obviously kill her and rape her afterwards. I’m joking, I’d rape her first."

Since an article on the gag was first published by MailOnline, the veteran comedian has spoken out. Addressing the controversial joke at a book launch, he reportedly told an audience member: "Can I just say, my routine about raping and f****** Holly Willoughby was part of a very long routine about whether or not it’s okay to do a joke about that.

According to MailOnline, he continued: "And I look at it from both sides, there are pluses and minuses."

He then took to Twitter to discuss the matter, writing: "The joke they 'quote' is garbled nonsense, a concept and wording no comic would ever use. There is a very long routine in my current show which concludes that certain jokes are probably a product of toxic masculinity. You’d struggle to be offended.

"Anyway, standup is still the silliest, riskiest, most surprising art form. If you’re up in Edinburgh this year, take a punt on a new act or two and keep this madness going." A spokeswoman for the feminist campaign group FiLiA told MailOnline: "We are horrified that some men in the entertainment industry continue to consider the abuse of women to be comedy material.

"Seeking cheap applause at the expense of traumatising women speaks of low-quality material.

"There is nothing funny about male violence. Women and girls around the country are not laughing.

"Instead, women are angry and scared for their safety."

This isn't the first time Frankie has fond himself on the receiving end of a backlash after making jokes about another famous face.

Despite his controversy, he spoke out against Ricky Gervais for his jokes about transgender people.

He told Grounded With Louis Theroux: "If you’re a stand-up watching him, you feel like, 'Oh, that’s someone doing a version of what we do.'

"But really, it’s that I saw him doing his routine about trans people and I thought it was very lazy.

"I would like him to have the same respect for trans people as he seems to have for animals. I don’t think that’s a lot to ask."