Fern Britton has blasted Laurence Fox via Twitter after he told people to “reclaim our lives”. The former This Morning host could not stop herself from responding after seeing his tweet about not social distancing.

Now is not the time to send people into unknown danger

The 63-year-old asked the actor “what do you know about this virus that scientists don’t?” in a heated post in view of her 78,000 followers.

She went on to respond to a number of fans also angered by his message to his own 261,000 users.

His post came as Prime Minister Boris Johnson updated the UK on the plan for Christmas in light of the coronavirus pandemic.

It saw many told to stay at home and not see loved ones if living in certain areas, as the festive relaxtion of the rules was reduced to just Christmas Day. 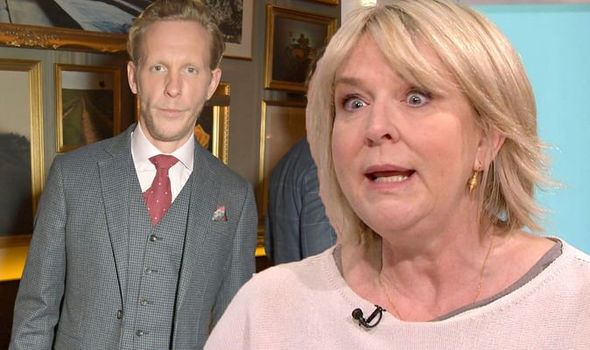 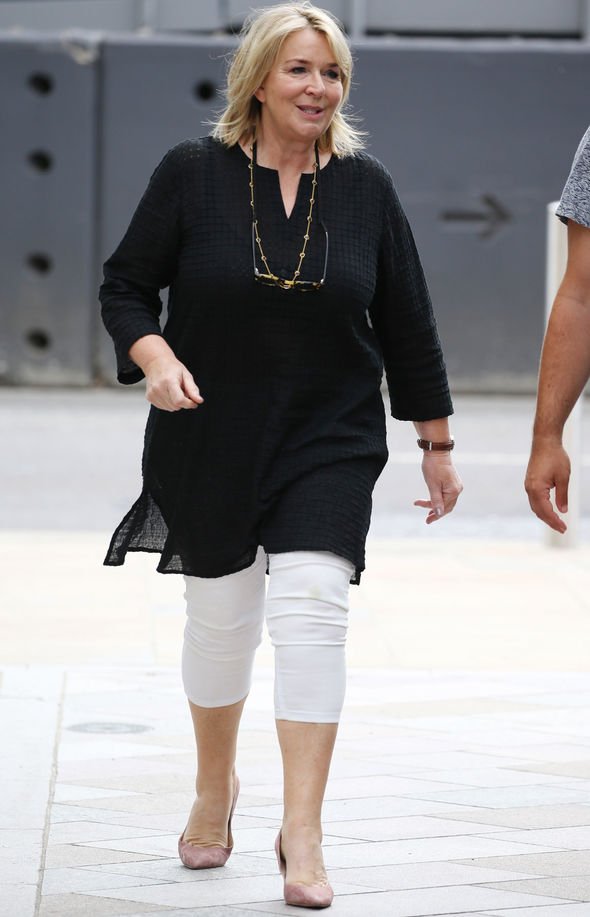 However, Laurence, 42, claimed the country’s “freedom is on the line”.

He tweeted: “Take off your masks. Gather in groups, love, hug and toast each other this Christmas.

“Question every word this on the hoof, arbitrary and extremist government feeds you. They are lost.”

He continued: “Your freedom is on the line. Stand down @BorisJohnson #reclaimourlives.” 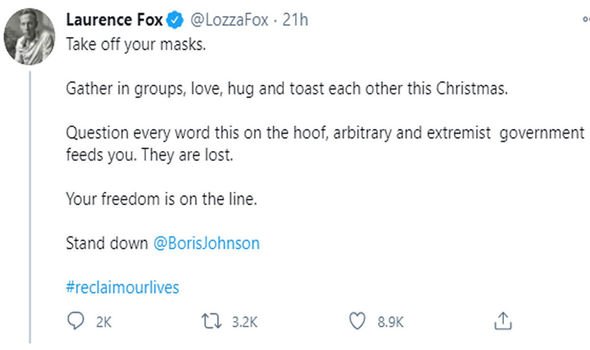 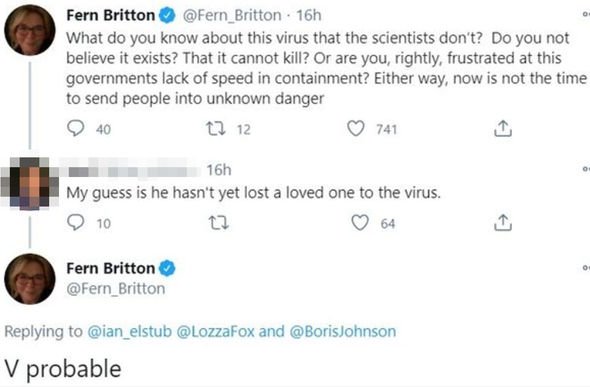 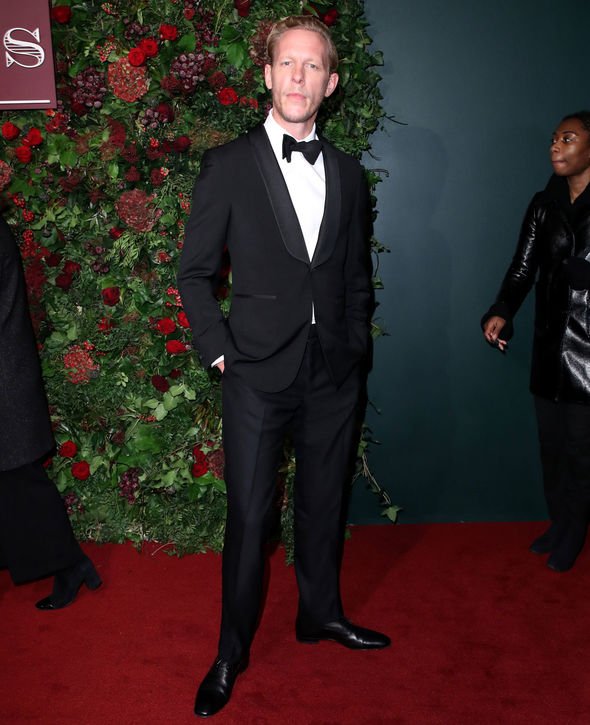 Fern did not waste any time in replying, saying he was “sending people into unknown danger” with his suggestion.

“What do you know about this virus that the scientists don’t? Do you not believe it exists?” she replied.

“That it cannot kill? Or are you, rightly, frustrated at this government’s lack of speed in containment?

“Either way, now is not the time to send people into unknown danger.”

She retweeted a post from another angry user, who said they were “furious” with Laurence’s plea.

“FFS… what an irresponsible piece of s**t. #furious,”(sic) they stated.

Fern ahreed, saying she had “no words” for his reaction to the latest government update.

One fan told her: “My guess is he hasn’t yet lost a loved one to the virus.”

Fern also hit back at claims she had been mostly uneffected by the virus, saying her Christmas had also been hit.

She told fans: “Time to count our blessings despite the grim year. Reduce contacts. Hands. Face . Space. Nothing else will beat the virus.”

However, she was told: “Ok for you to say this in Cornwall. You’ve had it easy!”

But she explained: “Maybe it’s how Cornwall has remained in Tier 1. However I will not be able to have all 4 children round the table this Christmas.”

Express.co.uk has contacted a spokesperson for Laurence Fox asking for comment. 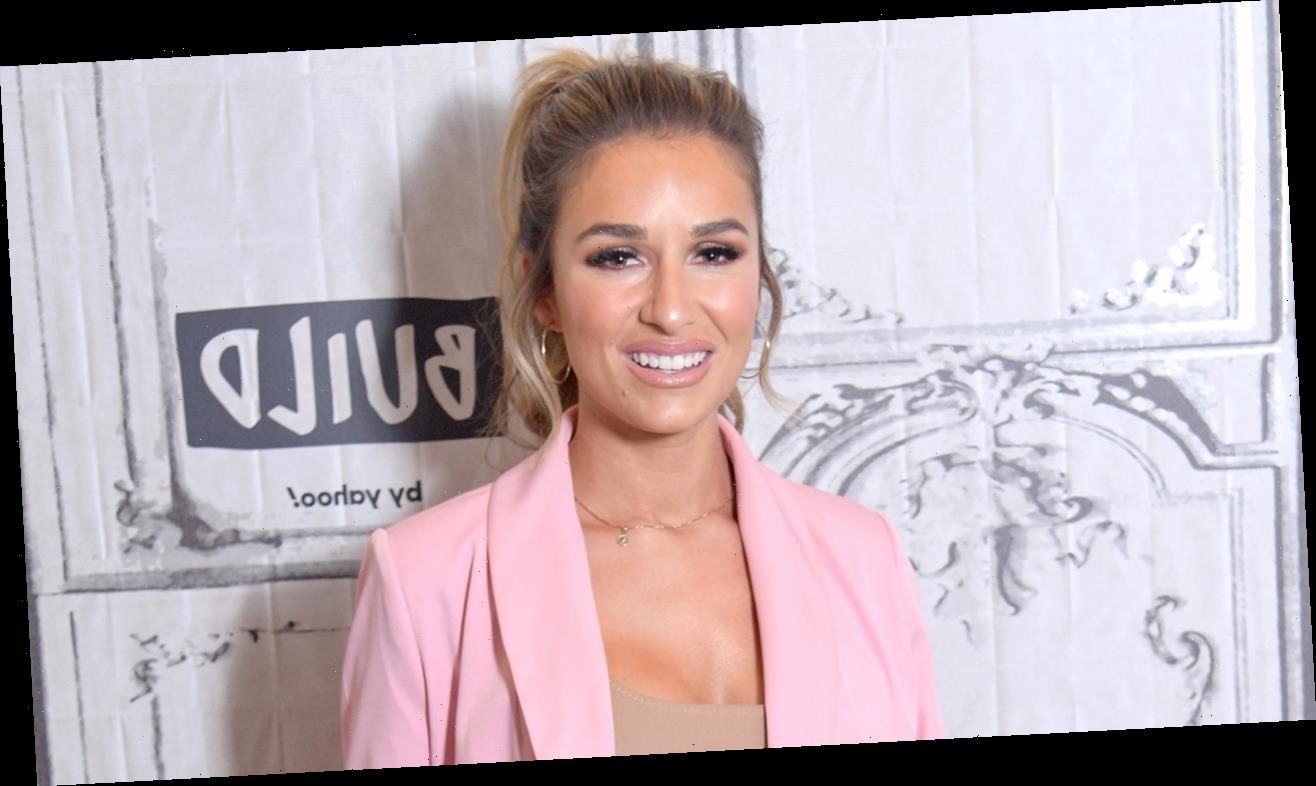 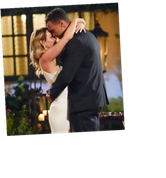