With the first of many tattoo cover-ups – a Playboy Bunny darkened into a solid black heart, and a ring-finger 'pete' covered with a flesh-coloured bandage – the whirlwind romance that was "Grandson", Ariana Grande and Pete Davidson's five-month fling, has officially ended.

To quote Grande, "It's very sad". She's likely talking from an emotional perspective, her feelings and stuff, but it's just as sad for my online browsing activities. That wild rush of young love, played out so spectacularly in public, from their unlikely May hook-up to a June engagement ring to this week's split, was tabloid gold. "They got another tattoo?" the internet would laugh every other day. "But they only just met!"

So, on Monday, when news emerged they were done, it was met with a stream of gleeful schadenfreude. "Pete Davidson and Ariana Grande have reportedly split, surprising precisely no one", went more than one headline in the content mill. 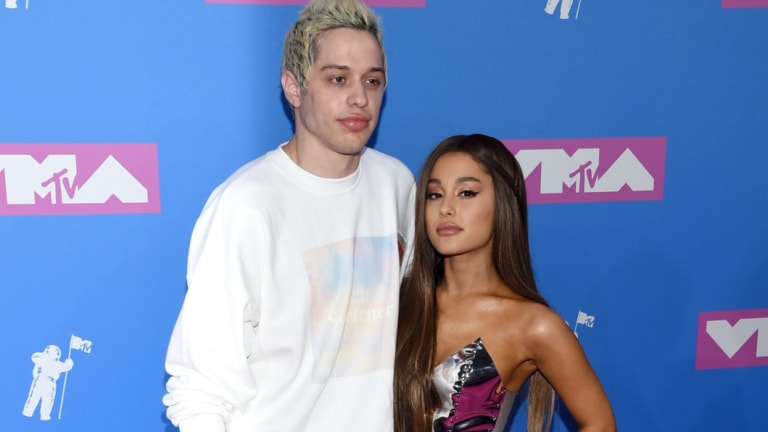 I'm not going to lie, I joined in. "Call the tattoo removalists!" I quipped to no one in particular, like I was the ghost of Joan Rivers. About three-quarters of the world made the same gag. This is why I don't use Twitter. I don't need more shame in my life.

Of course, the public doubt over the whole affair wasn't unfounded. Davidson has long spoken publicly about his battle with borderline personality disorder, while Grande was exiting what she called "a toxic relationship" with the late rapper Mac Miller. Both were rebounding from break-ups, and announced their engagement just four weeks after first getting together. "2068: golden anniversary!" always seemed unlikely.

There was also the fact Davidson kept willfully riffing on the public dismay he'd managed to land a popstar such as Grande, even joking he'd "switched her birth control" with TicTacs as insurance. Kinda funny, but the risk in telling the world you're not good enough for your partner is you might eventually convince them.

Still, it's hard to deny the joy the couple brought the world across their brief saga. That whole thing about "BDE" (big, ahem, dick energy), prompted by a spontaneous joke Grande made about Davidson's tracksuit pants, oddly became one of the defining discussions of 2018. What a time to be alive. And for all the head-shaking that greeted Grande's Pete Davidson interlude on her new album, there was something genuinely uplifting in her repeated cooing of "I'm a be happy, happy", especially coming amid a break-up and the lingering torment of the Manchester bombing.

The side of me that loves rom-coms hopes they get to do it again. But mostly, I hope their example compels other celebrity couples to up their game, especially in the bizarre PDA stakes.

Which new couple could pick up the absurd mantle? Channing Tatum and Jessie J? Sure, that one's definitely weird, but it's still missing a few Magic Mike XXL quote tattoos. Come on Jessie J, I'd suggest starting with: "It's not bro time, it's show time" in Blackletter typeface across your abdomen and proving your love is Grandson-level real.