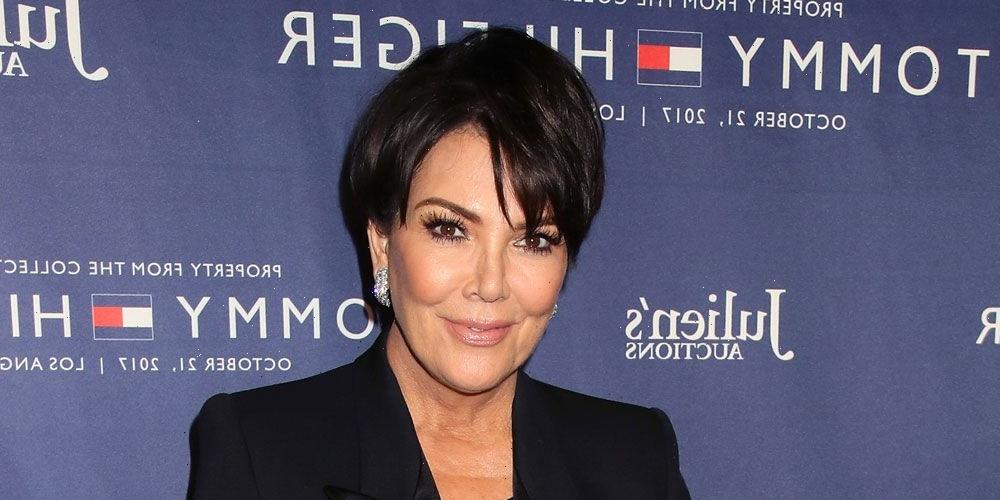 Not too long ago, we crowned Khloe Kardashian our 2022 hair chameleon. I mean, going from long mermaid waves to a drastic bob chop is Queen behaviour, fo’ sure. However, we may have acted in haste (soz, Khlo) for head of the Kar-Jenner klan, Kris, has only gone and made herself unrecognisable with a sleek, finger wave hairdo.

And not only that, but this style comes to us post-bob-meets-bixie cuts. Yep, another two Kris Jenner hair-spo looks to add to the files. Back in April, everyone’s favourite mumager ditched her trademark hairstyle for something a little longer. And then, just as we were getting used to the longer hair, she added some layers into her locks. Some may say she’s on a roll.

Now, her most recent style may be her most dramatic yet – so much so that fans think she’s *completely* unrecognisable. Desperate to see said transformation? Have a watch at the below TikTok uploaded by her daughter, Kylie Jenner.

I don’t know about you, but this slicked back deep-side parted look (combined with the sunnies and black ensemble, ofc) is giving us total Matrix vibes. Clearly, Keanu Reeves has competition… is that a reboot calling?

Like us, fans were quick to do a double (read: quadruple) take at the vid and even left some comments to share their surprise.

One fan wrote: “Why did it take me a long time realise that was Kris”.

A second put: “I didn’t even recognise Kris 😱”.

Whilst another commented: “kris looks different….”.

Someone else said: “pov: you checked again to see if its kris and kylie cuz they look different”.

And completely unrelated but totally relevant nonetheless, with over 40k likes, another comment reads: “Ok Kris needs her own account stat”. We stan.