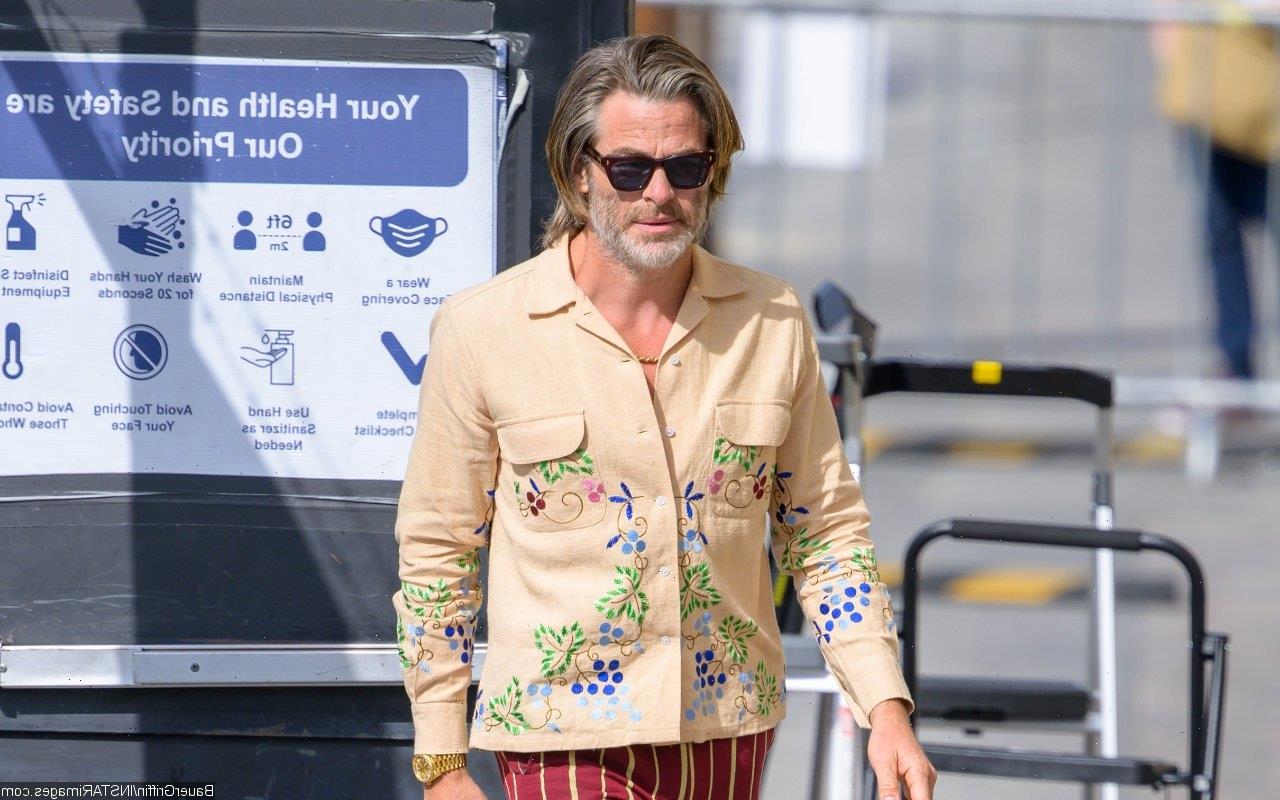 The pictures, which were taken in Los Angeles on Thursday, June 30, display the ‘Wonder Woman’ actor sporting a gray beard and long blond hair under a light-colored hat.

AceShowbiz –Chris Pine is usually easy to recognize thanks to his unique feature, but definitely not this time. Fans were left baffled after seeing pictures of the “Wonder Woman” actor as he looked so unrecognizable in the images.

The snaps were taken on the set of Pine’s directorial debut, “Poolman“, in Los Angeles on Thursday, June 30. In the photos, he was seen sporting a gray beard and long blond hair under a light-colored hat.

The James Harper depicter in “The Contractor” donned a striped shirt and gray slacks for the outing, while a camera and a pair of sunglasses hung around his neck. The 41-year-old could be seen smiling as he walked with a bag in one arm.

Fans couldn’t help but react to the pictures. “ryan gosling ken pics <<<<< chris pine looking like a fun, artsy aunt,” one person penned, referring to ryan’s photos on the set of “Barbie“. another asked, “is he playing Diane keaton in a movie?” a third shared similar sentiment, “from the dianne keaton collection.”

A different user, meanwhile, opined, “Chris Pine came out of quarantine a whole different human being.” Someone else jokingly asked, “when did Chris Pine become 50.” One other person, on the other hand, commented, “This is Bill Hader.”

Aside from helming “Poolman”, Pine co-wrote and will also star in the movie alongside Annette Bening and Danny DeVito, per Deadline report. He will star as Darren Barrenman, whom the outlet described as “a hapless dreamer and would-be philosopher who spends his days looking after the pool of the Tahitian Tiki apartment block in sunny Los Angeles and crashing city council meetings with his neighbors Jack and Diane (DeVito, 77, and Bening, 64).”