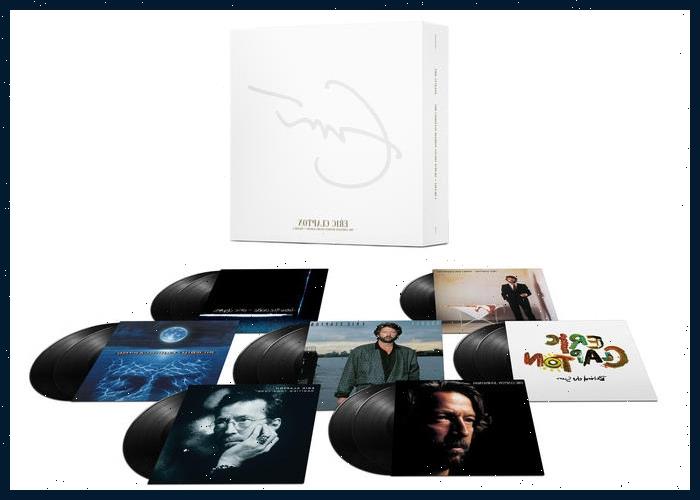 One of music’s most influential and successful recording artists, Clapton joined Reprise Records in 1983, launching a prolific period that spans 30 years and encompasses some of his most celebrated work.

The limited edition, 12-LP boxed set, titled The Complete Reprise Studio Albums – Volume I, revisits Clapton’s first six albums for Reprise along with an LP exclusive to this collection that features rarities from the era. It includes a previously unreleased remix of “Pilgrim” by co-writer and long-time Clapton producer Simon Climie.

Behind The Sun and August were originally released as single LPs. Both are now 3-sided double albums to avoid long LP sides and to maximize the audio quality.

The final LP in the collection, Rarities (1983-1998) brings together eight rare recordings from this era, including live versions of “White Room” and “Crossroads” and “Theme From A Movie That Never Happened” (Orchestral).

All the music included in this collection was mastered by Bob Ludwig and the lacquers for the LPs were cut by Chris Bellman.

The vinyl box set can be pre-ordered at ericclapton.com, Rhino.com, and Amazon.