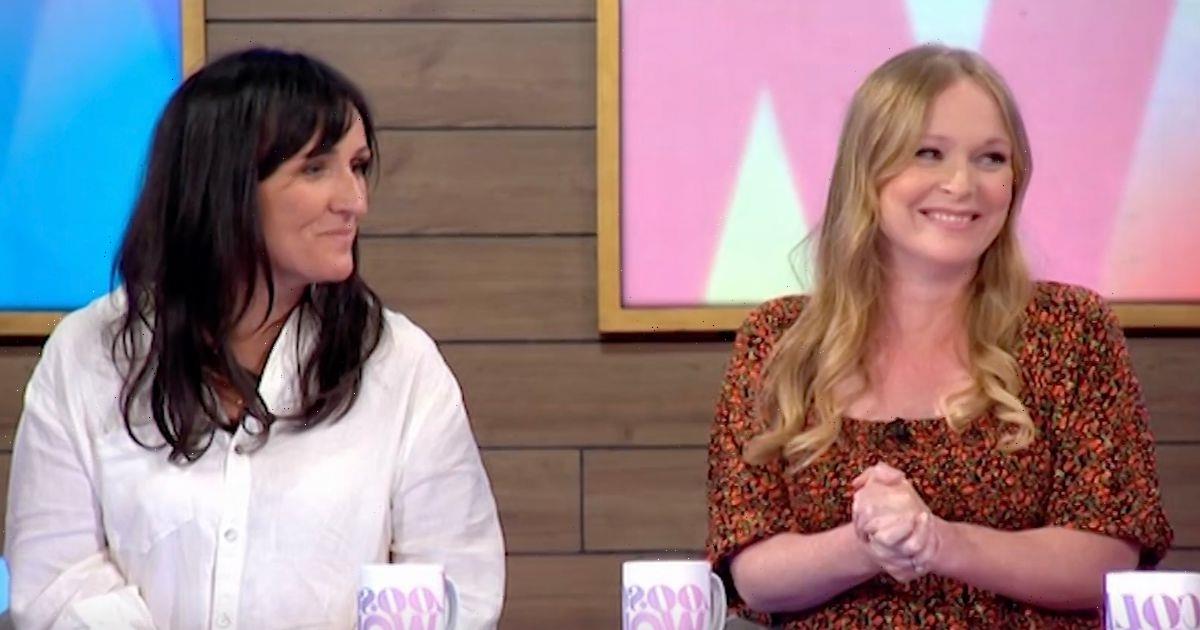 Emmerdale star Michelle Hardwick has revealed the gender of her unborn baby.

The 46 year old, who is currently pregnant with her second child, shared the update as she appeared on Loose Women on Wednesday with her wife Kate Brooks.

The pair have been married three years and became parents for the first time when they welcomed their son Teddy in October 2020 through IVF.

Michelle looked ecstatic on the daytime show, as she announced: "So baby number two is… a little girl!"

The Loose Women ladies congratulated the happy couple following the news, as their son Teddy then joined them on the panel.

Michelle revealed that the donor for this pregnancy is also the biological dad of son Teddy.

While they've never met the donor, he is willing to meet with the children once they reach age 18, if they would like to get ot know him.

The TV star discussed how the pregnancy has been so far, as she said: "It seems to have flown by this time."

Holding hands with wife Kate, Michelle added: "Quite a bit of morning sickness!"

Elsewhere during the interview, the couple talked about eloping to the US back in 2019, as they got married atElvis's Graceland property in Memphis, Tennessee.

"Looking at where we are, we've been married nearly three years," Michelle continued, adding that she was nervous telling her loved ones about the eloping plans — though her dad, a big Elvis fan, was "absolutely fine".

Last month, Michelle announced her second pregnancy on Instagram with a sign which read: "COMING THIS WINTER… Baby Brooks #2."

Michelle wrote in the caption: "We are super excited about our gorgeous news! I’m 20 weeks today and can almost rest a cup of tea on my bump #bigbrother."

Though Michelle and wife Kate have not met their son’s donor, they opened up to OK! in May about wanting to hopefully one day, so they could “thank him”.

Michelle told us: “When Teddy is 18 he can find out who his dad is and we’d massively back him. I’d love to meet him just to say, ‘Thank you so much for allowing us to be parents and giving us the most beautiful little boy.'”

Talking about her IVF journey, the expectant star added: “It worked first time and we got Teddy. We just couldn't believe it, and we know how lucky we were.”