Drew Barrymore and ex-husband Tom Green answered some cheeky questions on her show about exes for their most recent reunion since divorcing in 2002.

Drew Barrymore, 46, and ex-husband Tom Green, 50, reunited yet again on her eponymous talk show for a little conversation! In addition to reflecting on old times, the former couple discussed some sometimes touchy topics with guests — one of them was concerned with attending an ex’s wedding.  After a funny beat, Tom looked at frequent guest co-host Ross Matthews, and then signaled toward his ex-wife. “I’ve never been invited to an ex’s wedding,” he stated.

After the audience laughed at the gesture, Tom then added how he understood why he never received an invitation from Drew. “[It] makes sense to me,” Tom said. “Honestly, I think it makes sense to probably not go to an ex’s wedding.” Drew ended up agreeing, saying, “I think so, too!” Following her divorce from Tom in 2002, Drew married Will Kopelman, 43, in 2012, but the couple split in 2016.

Tom’s second appearance on Drew’s show comes a year after he first showed up for a taping — the first time the former couple spoke in 15 years. “I have always been attracted to visionaries, comedians and people who make me laugh,” Drew stated before introducing Tom on the show. “I was so attracted to our next guest I even married him!”

Drew and Tom first met in the late ’90s when his comedic career was taking off with his hit MTV show The Tom Green Show. They then starred in 2000’s Charlie’s Angels together and later got married — but only for a year. Tom filed for divorce in 2002. 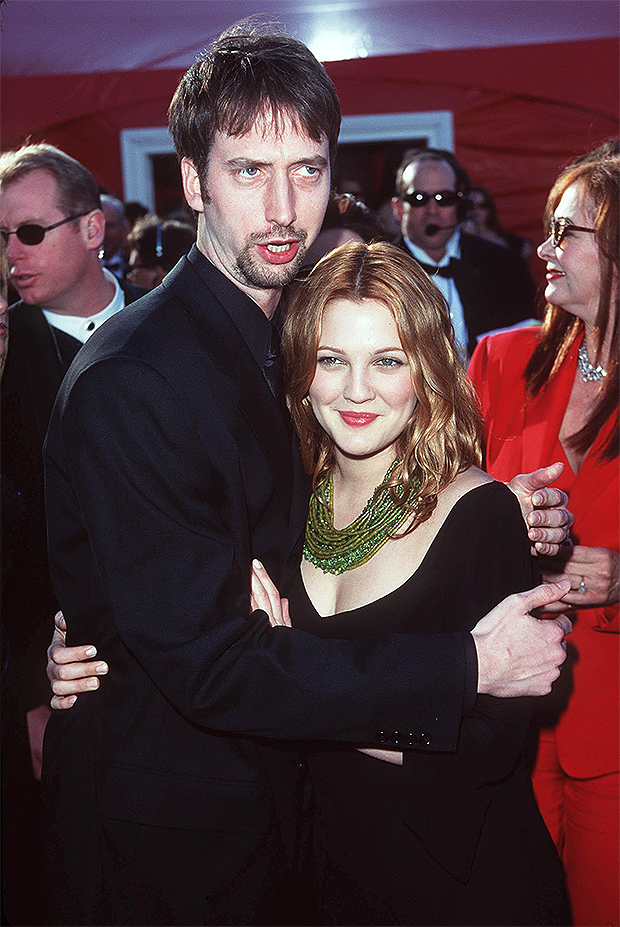 During Tom’s Sept. 2020 appearance on Drew’s show, the former pair reflected on their past times together, sharing how wild it felt that two decades had passed since their nuptials.

​​”When you say it’s 20 years, sometimes it’s the blink of an eye and sometimes you’re like, ‘Oh my God, we’ve lived so much in these last 20 years,’” Drew told Tom. “You’ve had a whole life and I’ve had a whole life and it’s just really nice to come together and check-in and talk about it. I think the world of you. I celebrate you and I always have and I always will.”