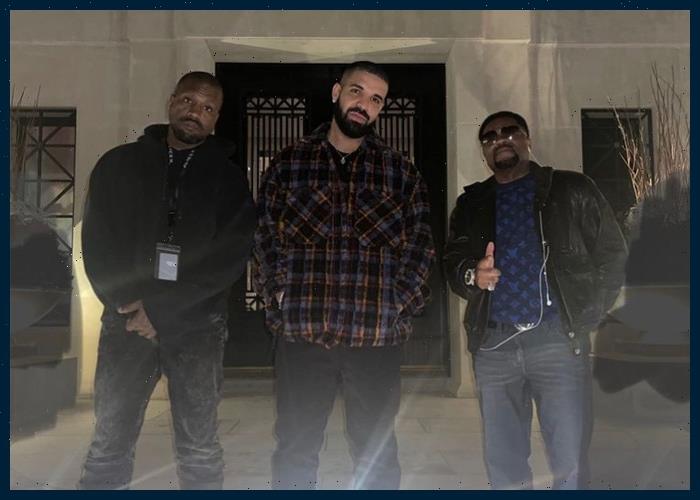 Drake and Kanye West seem to have ended their long-standing beef after the rappers shared photos of them posing together at an event held at the Canadian native’s home.

Ye posted a photo that shows him posing with Drake and J Prince, captioning it with a “dove peace emoji.”

In his own post, Drake shared two videos from the meeting with Ye. The first video features comedian Dave Chappelle addressing a crowd.

In the second video, the rapper is seen with his arm around West as they look down at the camera and dance to music playing in the background. “You have reached your destination,” Drake captioned the post.

Drake and Ye’s meeting comes a week after the “Donda” singer addressed the feud with Drake in a video shared by J Prince on Twitter, saying that he was ready to put it “to rest.”

“I’m making this video to address the ongoing back-and-forth between myself and Drake,” West said in the video. “Both me and Drake have taken shots at each other and it’s time to put it to rest.”