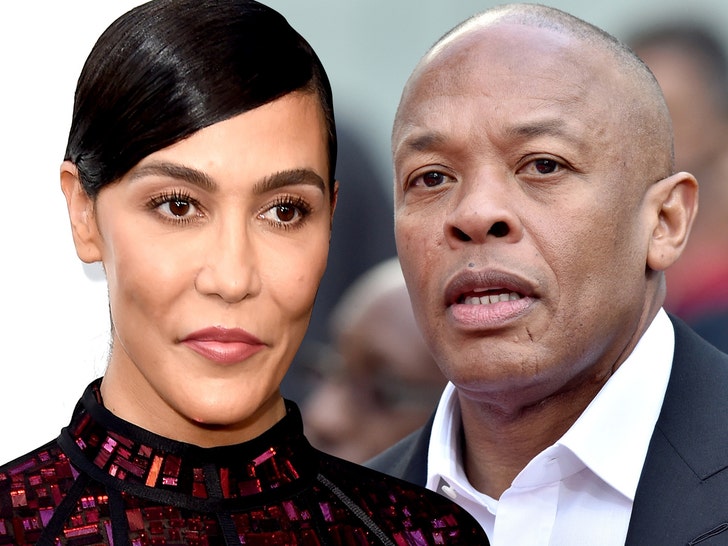 Dr. Dre hasn’t been acting like he’s concerned about the coronavirus pandemic, so he shouldn’t get special treatment in his divorce proceedings … that’s what his estranged wife thinks, anyway.

Nicole Young wants her ex to sit for a deposition, in-person, despite COVID-19 restrictions — and according to new docs, obtained by TMZ, she’s not buying his claim it has to be done remotely due to the virus.

Dre’s stated he wants his depo done via Zoom to keep himself and others safe … but in the docs, Nicole claims Dre has “freely entertained” multiple people at home and elsewhere … and participated in several social functions “without implementing even the slightest amount of social distancing protocol.”

Nicole claims Dre’s been seen with musicians and techs without social distancing and “entering and exiting the homes of multiple women around the Los Angeles area.”

As for why she’s pushing the matter … Dre’s estranged wife believes an in-person depo is necessary to deter him from possibly being coached, and her legal team says they need to be able to see how he reacts to questioning.

As we’ve reported … the music mogul’s divorce has gotten nasty since she filed in June. There’s been a battle over spousal support, the validity of their prenup, and most recently … she’s demanded to know if he’s fathered any kids outside their marriage.