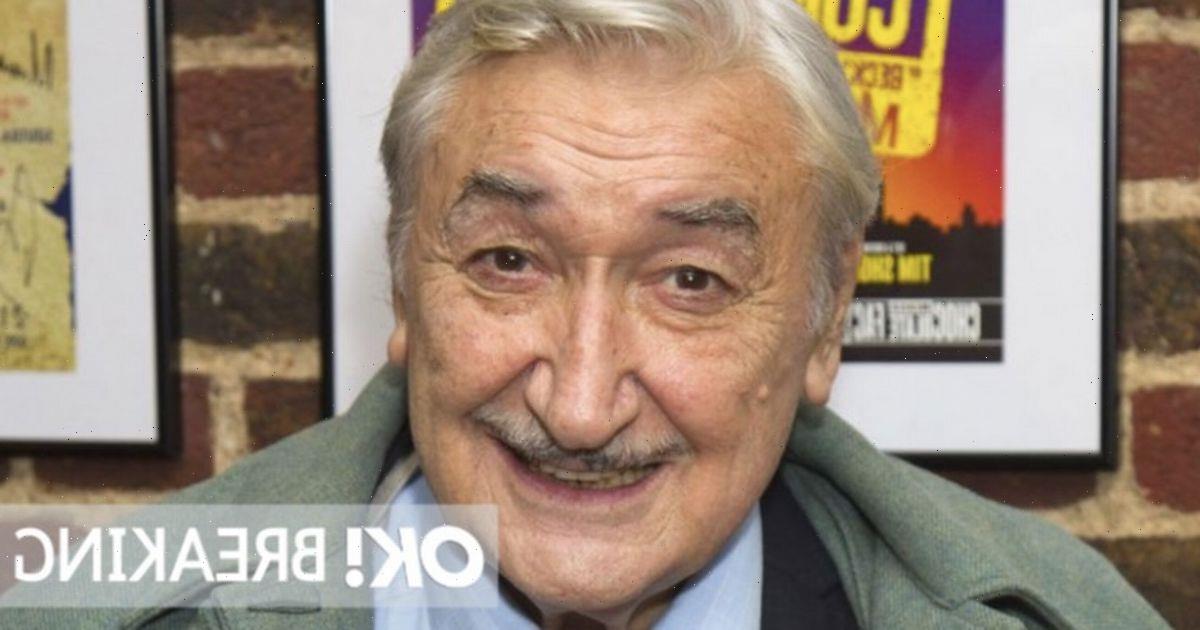 Bruce Montague has sadly passed away at the age of 83, his agent has confirmed.

The acting legend – who is best known for his work on BBC sci-fi drama Doctor Who and soap Hollyoaks – will be "sorely missed" by his fans and the wider showbiz world after delighting generations with his impressive and enduring career.

Talent Agency Belfield and Ward announced the sad news of Bruce's passing earlier this week, writing: "We are very sad to report that the glorious Bruce Montague has passed away.

"Such a gentleman and he will be sorely missed. What a talent and what a career on stage and screen! From Butterflies to more recently Funny Girl and 42nd St.

The late actor first shot to fame in his role as Leonard Dunn in the television sitcom Butterflies in 1978, but appeared in over 300 television productions throughout his impressive career.

In 2000, he made his Doctor Who debut in the audio play The Genocide Machine, and followed up his initial appearance one year later in the story Sword of Orion, starring alongside Paul McGann, the eight incarnation of the Doctor.

In the twilight stages of his acting days, Bruce enjoyed a small but short-lived stint in Channel 4 soap Hollyoaks, playing the guest role of Derek Clough in 2015.

He also went on to be reunited with his Butterflies co-stars as he appeared alongside Nicholas Lyndhurst in a 2013 episode of New Tricks, and later shared the screen with Wendy Craig in 2019 when they both appeared on BBC show Doctors.

Alongside his role on screen, Bruce was also no stranger to the stage, as he tread the boards playing Mr. Brownlow in Oliver! directed by Sam Mendes at the London Palladium for 3 years.

He even starred alongside the late Darius Campbell Danesh and Sheridan Smith in a production of Funny Girl back in 2016, making his death all the more poignant now in light of the recent passing of his co-star last week.

Since the news broke online, tributes have already begun pouring in for the much loved-star, with one fan taking to Twitter to write: "Sorry to hear that Bruce Montague, who played Abner Dillon in this production, died a couple of days ago."

American film actor Maxwell Caulfield also paid a heartfelt tribute to Bruce on Thursday, telling his Twitter followers: "A truly darling man #BruceMontague and the very essence of an actor laddie "So long as men can breathe, or eyes can see/so long lives this, and this gives life to thee"

Another fan poetically remarked that Bruce goes from "the stage to the sky", as they wrote: "I have great memories of watching Butterflies with my parents. Beautifully written by Carla Lane, and a fabulous cast.

"Very sad that Leonard – Bruce Montague has gone to the stage in the sky. RIP Sir, and thank you."

One fan even shared a sweet anecdote about an especially fond memory they shared with the late actor: "Sorry to hear this. When I first met Bruce Montague, he recorded an answering machine message for my mother along the lines of the ones his character used to leave in Butterflies. It made my mum's day. A lovely man."

In a nod to the recent death of his co-star, another fan wrote: “First Darius Campbell and now another cast member from Funny Girl the musical has died Bruce Montague who was Florenz Ziegfeld."

Bruce is survived by his wife, actress and novelist, Barbara Latham.