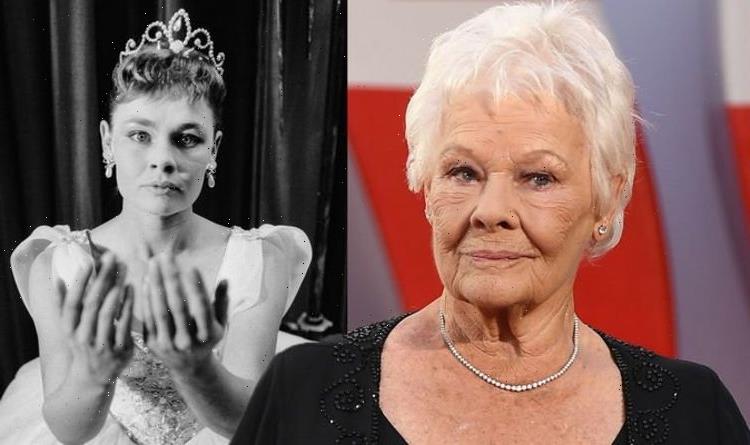 Judi Dench, 86, has expressed her opinion on criticism she received for one of her first theatre performances. The well-known actress played Ophelia in Hamlet in 1957.

I don’t think you need those as Ophelia do you?

The actress spoke exclusively to Radio Times about her lengthy career, including unwanted criticism she has received.

The publication detailed that Judi had found a newspaper cutting that contained a review of her first stage role as Ophelia in Hamlet.

The critics’ titled the review: “The girl who dares to start at the top.”

His conclusion for her performance was not one agreed by the wider population.

The review said: “No vital statistics, but she can act.”

According to the Radio Times, Judi will address the criticism in her upcoming episode of Who Do You Think You Are?

Judi quipped back in a clip from the show: “Dirty Beggar!

She added: “I don’t think you need those as Ophelia do you?”

Jude had regular contact with the theatre due to her father, as he was the GP for the York theatre.

During this time, she was involved in many productions for a non-profitable basis.

She then applied and was accepted by the Central School of Speech and Drama, which was based at the Royal Albert Hall, London.

In September 1957, she made her debut with the Old Vic Company at the Royal Court of Theatre in Liverpool, as Ophelia.

A reviewer from the London Evening Standard also reviewed the performance and said that Judi had “talent which will be shown to better advantage when she acquires some technique to go with it.”

She is regarded as one of the best-known actresses in British history, starring in films such as James Bond to having a successful career in Shakespearian dramas.

Judi is a seven time Academy Award nominee, winning the Academy Award for Best Supporting Actress for her performance as Queen Elizabeth I in Shakespeare in Love.

In 2011, she accepted a fellowship from the British Film Institute (BFI).

With all these awards under her belt for her amazingly lengthy career, it comes as no surprise that the actress responded like this to criticism.

Read the full interview in Radio Times Out Now.