In news that will surprise no one today, Delta Goodrem has announced she is not getting married.

It's unsurprising not because the Australian songstress, 33, couldn't get hitched (no doubt she has a list of offers as long as her arm) but because the source of rumours about the alleged nuptials is New Idea magazine, otherwise known as No Idea. 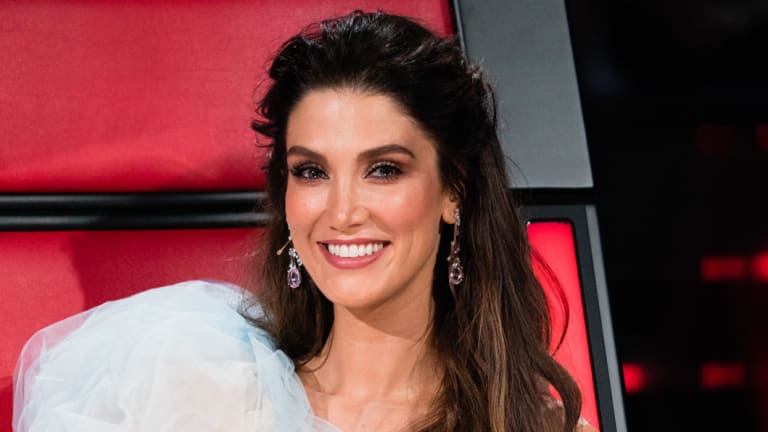 The Voice judge and singer Delta Goodrem announced on Tuesday that she is not getting married, despite tabloid rumours to the contrary.Credit:Nine

The Pacific Magazines publication claimed on Monday that The Voice host and her boyfriend, musician Matthew Copley, were set to be married next month at Pa'ako Beach, Maui, Hawaii – information they claimed to have acquired from a "leaked save the date" invite.

This is the third time this year a tabloid has alleged that Goodrem is set to be wed – unbeknownst to the singer herself – and approximately the gazillionth time it's happened during her many years in the spotlight. Just call her Australia's answer to Jennifer Aniston.

Taking to her Instagram story during a session in a recording studio, Goodrem addressed the rumours. "Hi my friends, whilst you're all planning what sounds like a really fun surprise wedding for me, I am busy making the new record.

"Save some cake from this third fantasy wedding this year we have going."

The singer then reminded fans, as she's mentioned a number of times before, that if there's ever any news about her relationships she'll personally share it. "As I have said a million times, I will let you know. I won't leave you all out of that special day, one day."

While good-natured Goodrem usually takes incessant relationship and wedding rumours in her stride, this one hit a nerve.

"Made up false invitations is really crossing the line I believe," she added, before saying she was "off to jump in the vocal booth again".

Sewell said to Copley, "Matty, they keep asking me about these rumours, whether you're getting married. What do I tell them?"

Officially, Goodrem has only been engaged once before, to Irish pop singer Brian McFadden. They split in 2011 after almost seven years together.