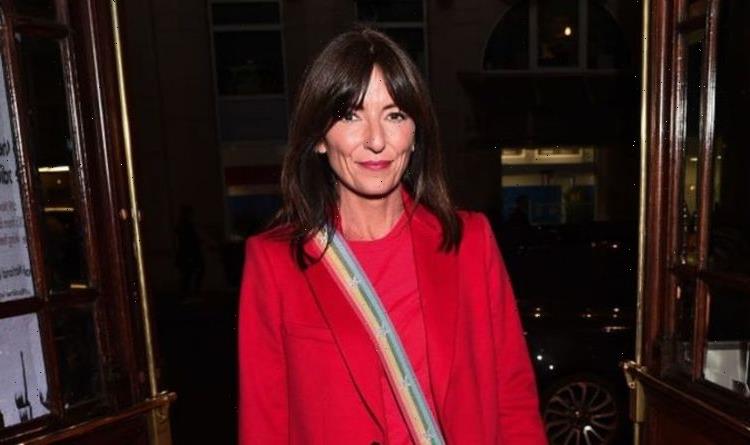 Davina McCall flaunts toned figure as she works out with coach

And she says that people in the public eye should be forgiven if they “change their minds” or “make a mistake”.

The Masked Singer judge, 54, was talking to Rylan Clark for his podcast, Rylan’s Ry-Union, earlier this year.

She said she is sad that “forgiveness isn’t on the agenda any more” and also revealed she wouldn’t change anything about her “addictive past” as a teenager.

On cancel culture, where an individual becomes widely ostracised by the public for an unpopular view they may have aired, the former Big Brother host said: “This is the new thing that I think celebrities or actors or anybody in the public eye is the most terrified of… you say something and you get cancelled.

“I think it’s about the lack of forgiveness that anybody is allowed to have for making a mistake.

“One of the things that I think is really weird is hauling somebody over the coals for a tweet they made in 2011.

You’ve got to be allowed to change your mind. Sometimes people could have been racist or homophobic 10 years ago or 12 years ago and they might have met somebody along the way who has made them change the light.”

She added: “We must not stop the voices that annoy us or aggravate us or say something different by shaming them. It seems that forgiveness isn’t on the agenda any more. It seems really sad.”

Davina had no regrets about her well-documented drug-taking past.

“In France, it was crazy. I was 14, allowed to go away with a bunch of 20-year-olds for a weekend, and took loads of drugs. I thought I was ‘it’, I was so cool and knew what’s going on. I didn’t know what was going on.

“I didn’t have the emotional maturity to deal with what was happening to me.”

But she said: “I wouldn’t change my past. I’m sad I had to go through it but I did learn a lot from it. And it has made me who I am today. And I am a very different person to that girl back then.”