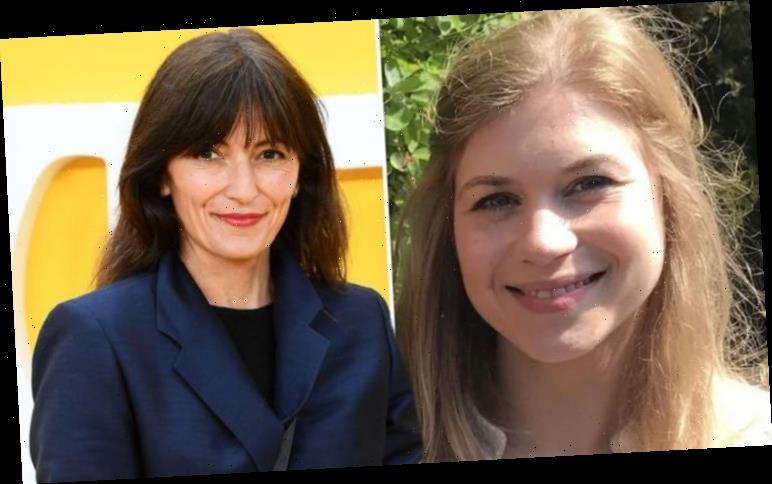 Sarah Everard: Police confirm body found in woodland is hers

A London Metropolitan Police officer charged with kidnap and murder appeared in court yestrday and was remanded in custody.

As Sarah’s disappearance sparked discussions and awareness on social media, Davina shared her thoughts about the case and the attention surrounding it.

The presenter claimed that it was “dangerous” to call out all males and drew attention to men’s mental health issues in her post.

In view of her 2.7 million followers, she wrote: “Female abduction/murder is extremely rare. 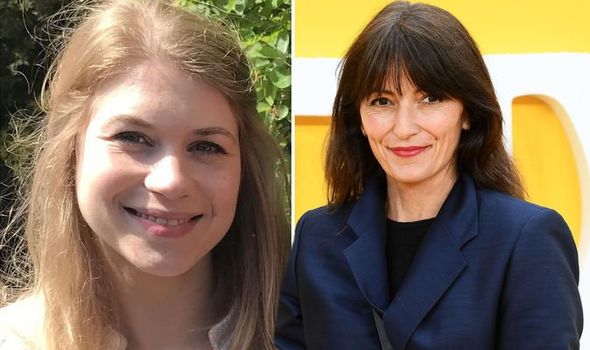 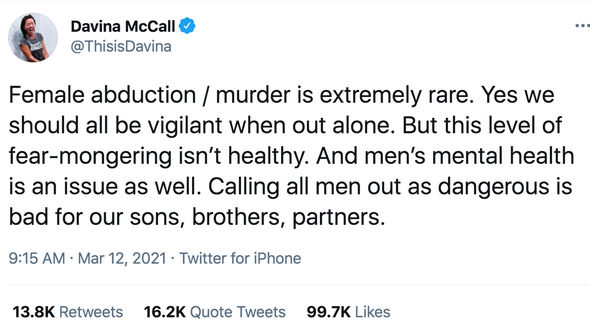 “Yes we should all be vigilant when out alone. But this level of fear-mongering isn’t healthy.

“And men’s mental health is an issue as well,” she added online.

“Calling all men out as dangerous is bad for our sons, brothers, partners.”

In a now-deleted response to a Twitter user, she added: “I wouldn’t walk home alone in the dark. And lots of men I know wouldn’t either… because there are some (very few relatively) bad people out there.

“But your response is saying you view all men as a danger and I don’t think we should be spreading that message.” 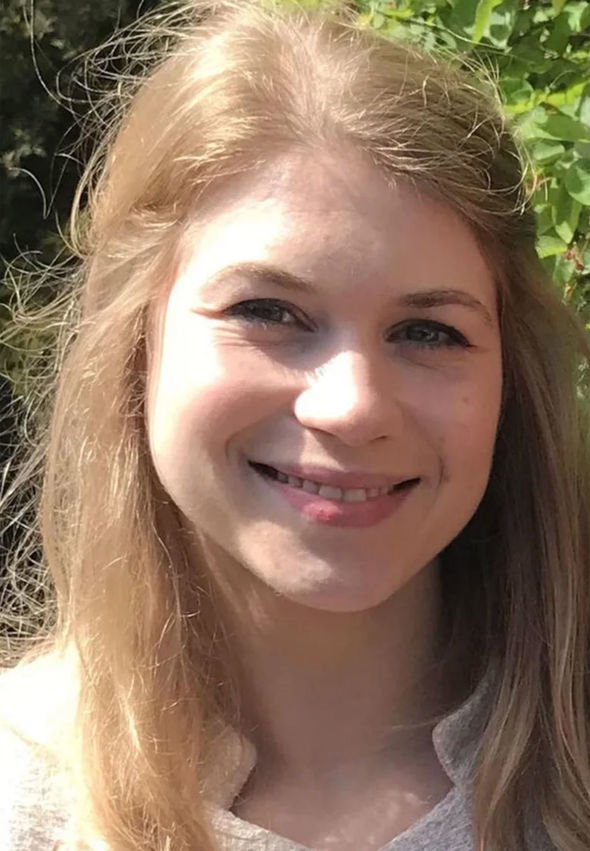 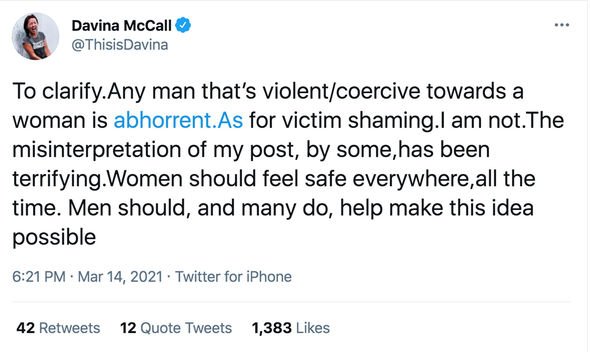 She wrote: “To clarify. Any man that’s violent/coercive towards a woman is abhorrent.

“As for victim shaming. I am not. The misinterpretation of my post, by some, has been terrifying.

“Women should feel safe everywhere, all the time. Men should, and many do, help make this idea possible.”

He said: “As you know, on Wednesday evening detectives investigating the disappearance of Sarah Everard discovered a body secreted in woodland in Kent.

“I can now confirm that it is the body of Sarah Everard.”

Yesterday, crowds gathered in Clapham to pay tribute to Sarah, including Kate Middleton.

Reclaim These Streets’ fundraising campaign set up for Sarah has reached more than £320,000.

Many females have shared their own experiences about feeling unsafe or being approached/assaulted by a man during a walk home in a bid to raise awareness.

You can donate to Reclaim These Streets’ JustGiving page here.