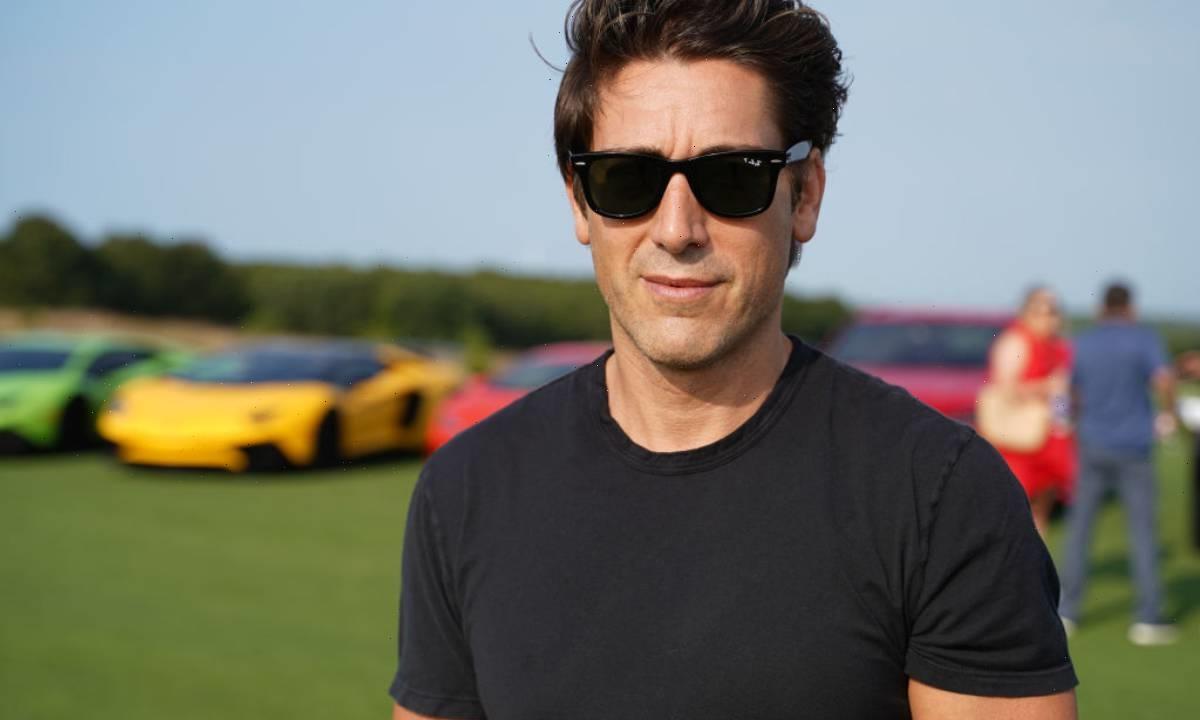 As a world-class journalist with numerous hosting gigs and a career which is going from strength to strength, David Muir, 47, doesn’t have a whole lot of downtime.

But when he does escape the limelight, who does he spend time with?

MORE: Inside David Muir’s $7million home – complete with his own lake

In addition to a wide circle of friends, famous and not, the World News Tonight anchor has a very close bond with his family. So who are the most important people in his life?

Where was David Muir born?

The star was born in Syracuse, New York – where he still has an unbelievable lakeside property – and grew up in Onondaga Hills. He was born to his father, Ronald Muir, and mother, Pat Mills, who divorced early on, but continued to co-parent amicably.

His mom moved to Skaneateles, but despite their separation, David’s parents raised him together.

David with his father as a child

David opened up in an interview with Syracuse.com and said he remembered his mother and father driving him to the television studios where he was interning. “One of the images I won’t forget is my mother and my father driving me there on summer vacation or school breaks,” he said.

“When most kids go off to do other things, I remember just begging them to take me to that TV station. I’m sure they dreaded it. Between the two of them, they had to get me there. To this day, I’m grateful they would drive me to 980 James St.”

Who are David Muir’s siblings?

David has an older sister, Rebecca Muir, who runs a farm in Borodino, New York. He has shared photos of himself visiting her on social media and is said to be a firm fixture in her and her family’s life.

The 20/20 host also has two younger step-siblings from his father’s second marriage.

David is a very proud uncle

Due to his blended family, David is an uncle to a whole host of nieces and nephews, who he calls his “squad”.

David and some of his nieces and nephews, who he calls his “squad”

The ABC anchor recently shared some joyous family news with his fans when he revealed he is a “proud uncle” after he watched his niece, Finan Malcolm, finally graduate from Cornell University after a year of waiting due to the COVID-19 pandemic.

Does David Muir have a partner?

David is believed to currently be single but he was once linked to his ABC colleague, Gio Benitez, after they were photographed together on several occasions back in 2015. But the rumors were dismissed when Gio got engaged and subsequently married his now-husband, Tommy DiDario.

The same year, he was connected to fellow journalist, Kate Dries. She sparked the rumors with an article she wrote for Jezebel, entitled, Report Indicates my Boyfriend David Muir is a Monster.
But it was suspected to have been written in jest.

David lives with his beloved dog Axel in his lakeside home

Does David Muir have children?

The star does not have any children but he does have a beloved dog, Axel, who he absolutely adores. His gundog is a firm fixture on David’s Instagram feed and they make a pretty handsome pair.