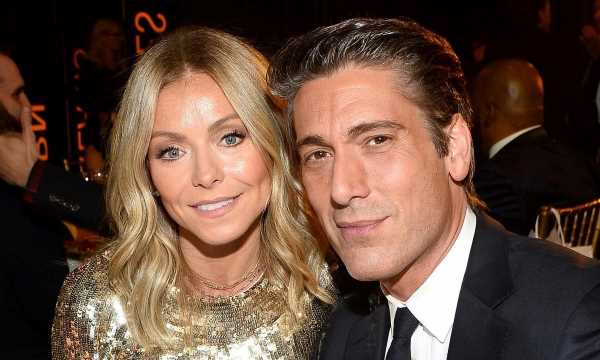 The ABC News star joined Kelly as guest co-host on LIVE with Kelly and Ryan after stepping in for Ryan Seacrest while he is away. Following the show, David posted a candid photo of the pair on Instagram – and it sent his fans into meltdown.

In the snap, David and Kelly are walking along a corridor with their arms affectionately wrapped around each other while appearing lost in conversation.

Captioning the photo, David simply wrote: “Thanks for having me over @kellyripa @livekellyandryan.” Kelly immediately responded, writing: “I love this pic! Cool to repost?” And repost she did, sharing the image on her own Instagram with the caption: “I got you babe @davidmuirabc.”

MORE: Inside David Muir’s $7million home – complete with his own lake

MORE: David Muir’s family: Everything you need to know

Fans were quick to react to the loving snapshot, gushing over Kelly and David’s “beautiful friendship”. One replied: “What an awesome friendship! Love seeing you two working together! Great show! David, you truly are a genuine, kind & caring person!”

A second said: “Omg I couldn’t love you two more than I do! I watch both of you daily faithfully.” A third remarked: “I love this friendship! My favorite human beings, I literally adore you two!!!”

Kelly and David have been close friends for years after Kelly reached out to him via email after seeing him on TV.

Speaking about their first encounter to Ryan Seacrest, Kelly previously said: “I remember when I first saw David Muir file a report for World News Tonight. I didn’t know him at all.”

Kelly and David have been close friends for years

She added: “I immediately cracked into the ABC News system email – which you’re not supposed to use unless it’s for news – and I wrote: ‘Dude. You looked amazing tonight.

“Don’t know what was going on. Looked kinda dangerous where you are. But just wanted to let you know that you looked amazing. I had the volume down.'”