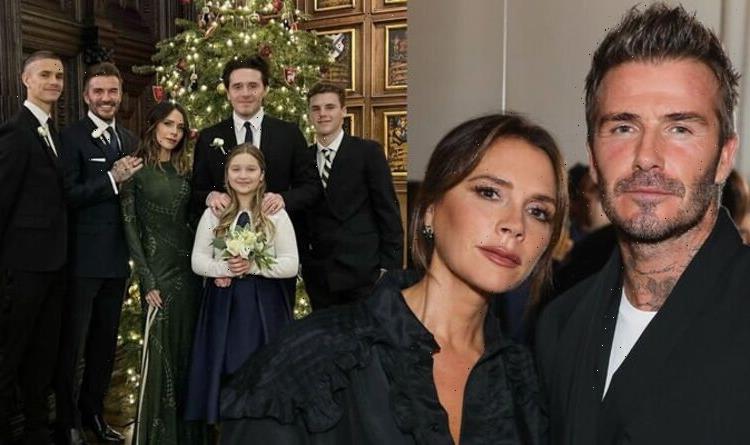 Someone’s getting a lot of attention.

David and Victoria treated their youngest Harper to a bunny rabbit on Sunday.

The former footballer sent fans wild as he posted a video of himself with the adorable new addition.

David can be seen leaning on the bunny in its bed while nudging noses with it.

He captioned the video in view of his 71.1 million followers: “Someone’s getting a lot of attention = Harper sevens new bunny coco.”

Many social media users flooded to the comments section to gush over the families last addition and David’s “cute” display.

A.d.e.l.1.3 said: “All the women watching this wish they were that bunny.”

SaraKarief_ added: “How lucky is this bunny!”

David also posted a picture of himself posing with Coco on his Instagram story.

Harper can be seen gazing at the white and brown fluffy bunny in awe at her new pet.

Victoria also posted a video of Harper snuggled in bed with Coco in view of her 29.4 million followers.

The new addition comes as the couple gave a rare insight into their marriage in a podcast interview.

David revealed that he loves to share food but Victoria only eats grilled fish and steam veg for dinner.

Discussing his wife’s eating habits on the River Cafe Table 4 podcast, he explained: “I get quite emotional about food and wine, when I’m eating something great I want everyone to try it.

“Unfortunately I’m married to someone that has eaten the same thing for the last 25 years.

“Since I met her she only eats grilled fish, steamed vegetables, she will very rarely deviate from that.”

He continued: “The only time she’s probably ever shared something that’s been on my plate was actually when she was pregnant with Harper and it was the most amazing thing.

“It was one of my favourite evenings. I can’t remember what it was but I know she’s not eaten it since.”

Victoria has previously revealed she would not eat food cooked in oil, butter or sauces, and she doesn’t eat red meat or dairy.

She admitted her comfort food was a piece of whole-grain toast with salt on it and on her birthday she celebrates with a cake made from fruit.