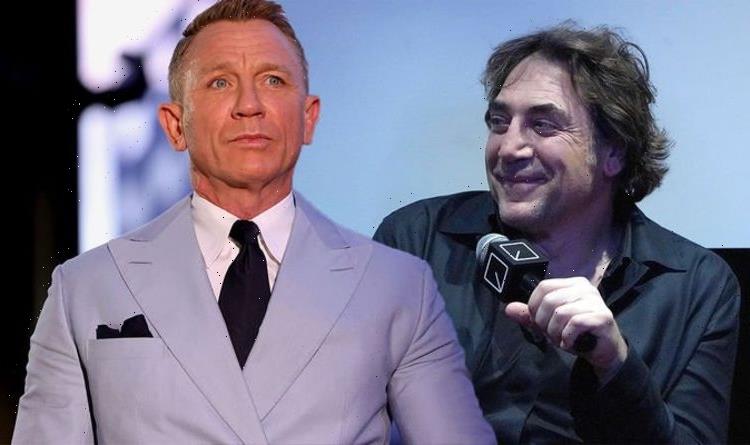 Daniel Craig showed just how used he is to scrapes and bruises after playing agent 007 for 15 years. The actor was being interviewed alongside fellow James Bond actor Javier Bardem when it was pointed out that he had “something red” on the side of his head.

The Casino Royale star was sitting down for a chat with Javier for the latest instalment of Variety’s Actors on Actors segment.

The pair discussed Daniel’s final Bond film No Time To Die, which came out in September 2021, and Javier’s performance in the Golden Globe-winning biopic Being The Ricardos.

However, the conversation took a turn towards the end of the interview, where Javier pointed something out to Daniel that left him extremely amused.

It seemed that Daniel, who had become thoroughly accustomed to extreme action sequences and some nasty injuries during his time as James Bond, was completely unaware that he was bleeding from a cut on the right side of his forehead.

Luckily for Daniel, No Country for Old Men star Javier couldn’t resist ending the interview without addressing the elephant in the room.

He said: “Let me ask you my friend, as a last question, what happened to you here?”

As a look of confusion swept across the British actor’s face, he began swiping at his head to see what could be the matter.

“Where? Did I bash my head? Have I just got sandwich on my head?” he asked in bewilderment.

Amusingly, Daniel seemed to think the injury could have just been the remnants of a sandwich he had been snacking on before the interview.

“You have something red here, on the right,” Javier continued to gesture until Daniel spotted the blood.

Laughing, Daniel exclaimed: “Have I done this whole interview [bleeding]? It probably is part of a sandwich.”

After Javier directed him to look in a mirror, Daniel could be heard off-screen saying: “Oh my god you’re right! I have cut my head.”

When Javier asked the Knives Out actor to explain how it had happened, he replied: “You know what it was?

“They sent me this wonderful ring flash which I’ve set up with an iPad in the middle of it. I went like this [gestures knocking something over] and it just fell on my head just before this.”

Both men were cracking up with laughter as Daniel explained: “This is 17 years of playing Bond, can you see how accident-prone I am? No wonder I get injured every time I do a movie.”

Thanking Javier for drawing his attention to the injury, he continued: “I’m not bleeding to death, don’t worry. If I don’t get injured while filming I’m not doing it properly.”

Daniel has suffered plenty of injuries on the James Bond set, including breaking his leg during the filming of 2015’s Spectre, and his ankle whilst shooting scenes for his final film No Time To Die.

The actor has starred in five James Bond films in total, first taking over from Pierce Brosnan in 2006 for his 007 debut in Casino Royale, and acting opposite Javier in Skyfall, where the Spanish actor played the villainous Silva.

Javier’s recent film Being The Ricardos is an American biographical drama film by Aaron Sorkin, which follows the relationship between I Love Lucy stars Lucille Ball and Desi Arnaz.

Meanwhile, Daniel is set to star in the sequel to Knives Out after his successful turn as detective Benoit Blanc in Rian Johnson’s colourful murder mystery.