Breaking News
Jimmy Kimmel Addresses His Own White Privilege On ‘Jimmy Kimmel Live!’
Why Kim Kardashian West and Kanye West Are Reportedly on 'Different Pages' During Quarantine
Emmerdale spoilers: Cain Dingle shares a devastating secret about his future?
Da Brat on Coming Out in Her Mid-40s: 'I Did This on My Own Terms'
Skip to content

The ITV celebrity version see’s stars go head to head to try and identify a familiar catchphrase represented by an animation to win money for their chosen charities.

Dan chose to raise money for Taste, an organisation dedicated to providing water to Nigerian communities.

But at first, it wasn’t as easy as the BBC host expected and he even ended up breaking a major part of the show’s equipment.

It’s harder than it looks

Tweeting to his 586,200 followers during the show, Dan said: “I forgot how rubbish I was at this,” followed by a stream of laughing emoji’s.

By the end of the show, Dan had won £4500, advancing to the last stage of the competition where he later won an extra £10,000 and doubled Kelly and Tony’s money for their charities.

Although he managed to turn it all around, within the first 10 minutes of the show the BBC host had fans worried, only managing to bank £100.

But as the show progressed, the anchor got into the swing of things and managed to overtake his fellow competitors.

He got a little carried away and hit the buzzer so hard it came off in his hands he, leaving gameshow host Stephen Mulhern, his co-stars and the rest of the studio shocked.

“He’s even broken the buzzer!” Stephen exclaimed as the studio erupted with laughter. 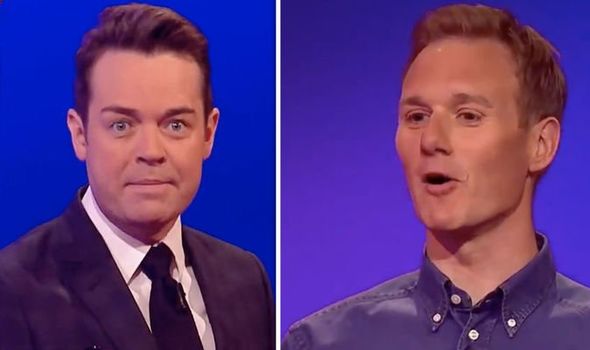 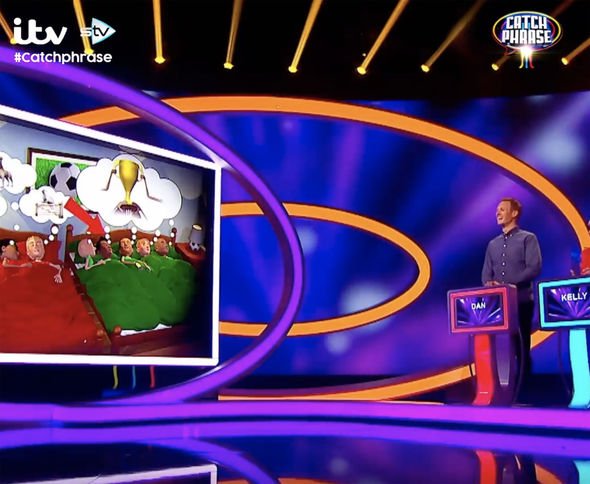 Earlier before the show aired, Dan responded to a teaser clip posted by the gameshow’s official Twitter account.

“It’s harder than it looks,” the host replied, as the clip showed Dan, Kelly and Tony compete to be the first to guess what the animation was depicting.

Fans were quick to reply to his tweet, trying their luck at giving the unknown catchphrase a go and defending the host for failing to guess the right answers.

In another notable blunder, Dan couldn’t work out the animation that showed a news reader “breaking news.”

Hazarding a guess, he said: “News just in?” The BBC host left Stephen and the audience laughing, bewildered that he didn’t get it right.

“I know I usually say, ‘say what you see’ and that’s literally what you’ve just done,” Stephen said. 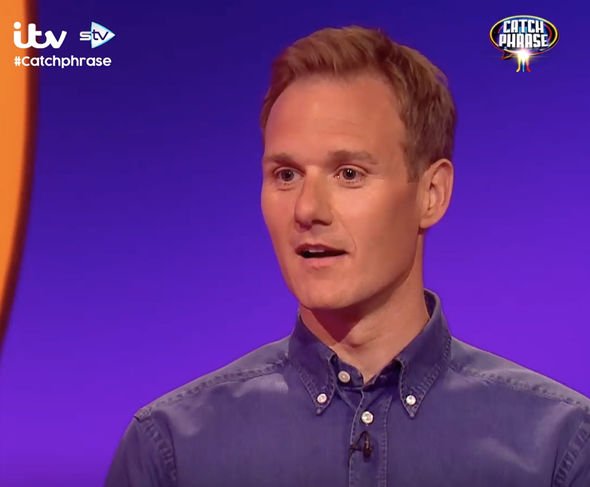 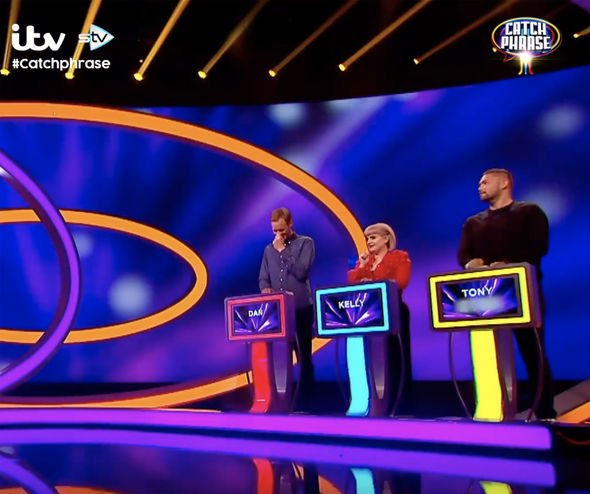 “But, and the irony is you do this every morning!” He mocked before confirming Dan had the wrong answer.

Dan revealed he would be competing on the show alongside Kelly and Tony earlier this year, tweeting about his enjoyment filming the episode before sharing a sweet message about Stephen with his fans.

“Had an amazing laugh filming Catchphrase with Tony Bellew & Kelly Osbourne,” he said: “Stephen Mulhern was just as nice in real life as he is on the telly box. I’ll let you know when it’s on.”

After the show he said he was “delighted” with his win for Taste and to double the money for team mates Kelly and Tony.

Celebrity Catchphrase aired Sunday at 8pm and episodes are available on the ITV hub.