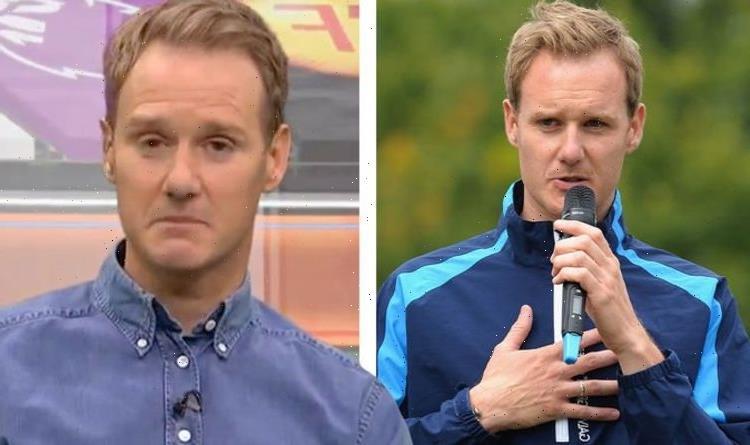 Dan Walker, 44, found himself getting emotional after watching former professional rugby player Rob Burrow find out his film with the BBC about his motor neurone disease condition, had been short listed for an award at the National Television Awards. BBC Breakfast’s sports presenter Sally Nugent announced the news to him and his family, leaving them stunned and Rob completely overwhelmed at the good news.

In a video posted to Twitter, Sally sat down with the Burrow family and invited them to the red carpet event which is set to take pace in January 2022.

“This is the moment we broke the news to ⁦@Rob7Burrow⁩ and his family about their nomination for best authored documentary ⁦@OfficialNTAs⁩. @leedsrhinos⁩ ⁦@mndassoc⁩ #myyearwithmnd,” she captioned the video.

Rob publicly revealed in 2019 he had been diagnosed with motor neurone disease and in the BBC documentary, the 38-year-old spoke candidly about his fight against the condition and how is rugby league career had prepared him for the challenge.

When Sally informed them about the nomination live on-air, they were over the moon and confirmed they would definitely be attending the ceremony.

Sally could been seen saying: “I’m here because I’ve got something exciting to tell you,” she beamed.

“Do you remember our film last year, Rob Burrow: My Year with MND? It was entered for a really big award and you’ve made it onto the short list!”

His wife Lindsey’s eyes widened as she and their three children let out gasps of excitement.

“Wow!” she exclaimed, turning to Rob who was grinning form ear to ear.

Sally proceeded to congratulate them as the sportsman said through his computer: “Well, that’s amazing. I’m lost for words!”

Their daughter smiled as she said: “How amazing is it thought mummy?”

The presenter added: “There is a party and a red carpet and an award’s do in London if you’d like to go.

More scream of excitement from the children echoed around the room as Lindsey giggled: “I think that’s a yes!”

Rob chimed in: “That so many people voting for me, I just can’t believe it.

“I’m so grateful for you all putting motor neurone disease on the map.”

The heart-wrenching video left viewers emotional, with Dan sharing his own touching reaction.

“Smiled all way through this and then choked up at the end,” he penned.

“What a wonderful family. I hope they have a great night.”