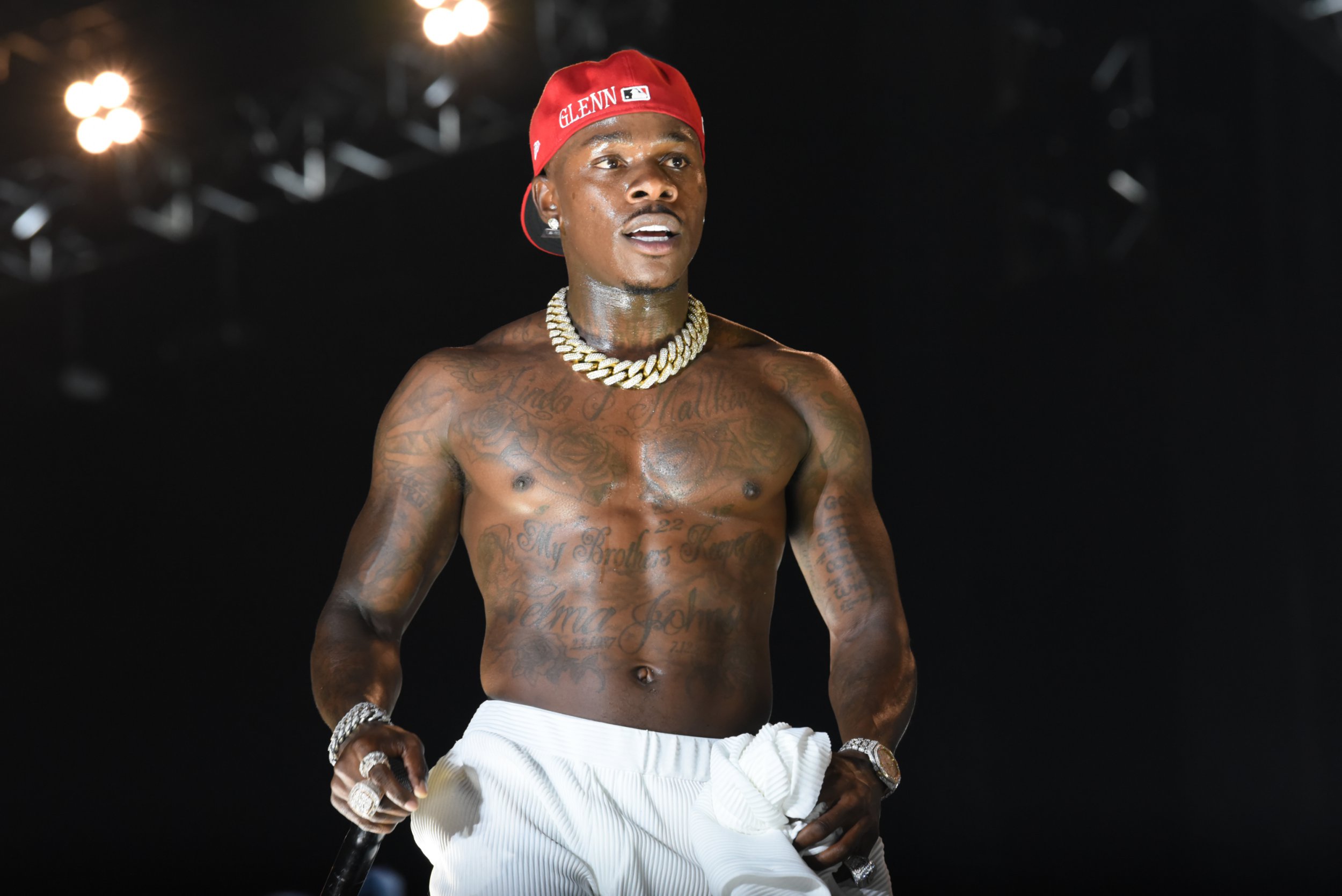 DaBaby will no longer perform at Lollapalooza festival tonight after he made ‘homophobic’ comments about gay men.

The festival, which is based in Chicago, Illinois, released a statement explaining the event is founded on ‘respect’ and ‘love’ and that Young Thug would be taking over the rapper’s original slot.

‘Lollapalooza was founded on diversity, inclusivity, respect, and love. With that in mind, DaBaby will no longer be performing at Grant Park tonight.’

Last week, DaBaby apologised for remarks he reportedly made while performing at a US festival, after he told the audience to hold their phones in the air unless they had HIV or were gay men who had sex in car parks.

He reportedly told the crowd the incorrect claim that HIV and other sexually transmitted diseases kill within weeks.

Following his performance at the Rolling Loud festival in Miami, DaBaby tweeted: ‘Anybody who done ever been effected by Aids/HIV y’all got the right to be upset, what I said was insensitive even though I have no intentions on offending anybody.

Sir Elton John, who founded the Elton John Aids Foundation charity in 1992, criticised DaBaby’s comments in a post on Instagram, writing: ‘We’ve been shocked to read about the HIV misinformation and homophobic statements made at a recent DaBaby show.

‘This fuels stigma and discrimination and is the opposite of what our world needs to fight the Aids epidemic.’

He added: ‘HIV misinformation and homophobia have no place in the music industry.

‘We must break down the stigma around HIV and not spread it. As musicians, it’s our job to bring people together.’

Singer Dua Lipa, who has previously collaborated with DaBaby, also criticised his comments.

She wrote on Instagram: ‘I’m surprised and horrified at DaBaby’s comments.

‘I really don’t recognise this as the person I worked with.’

She added: ‘We need to come together to fight the stigma and ignorance around HIV/Aids.’