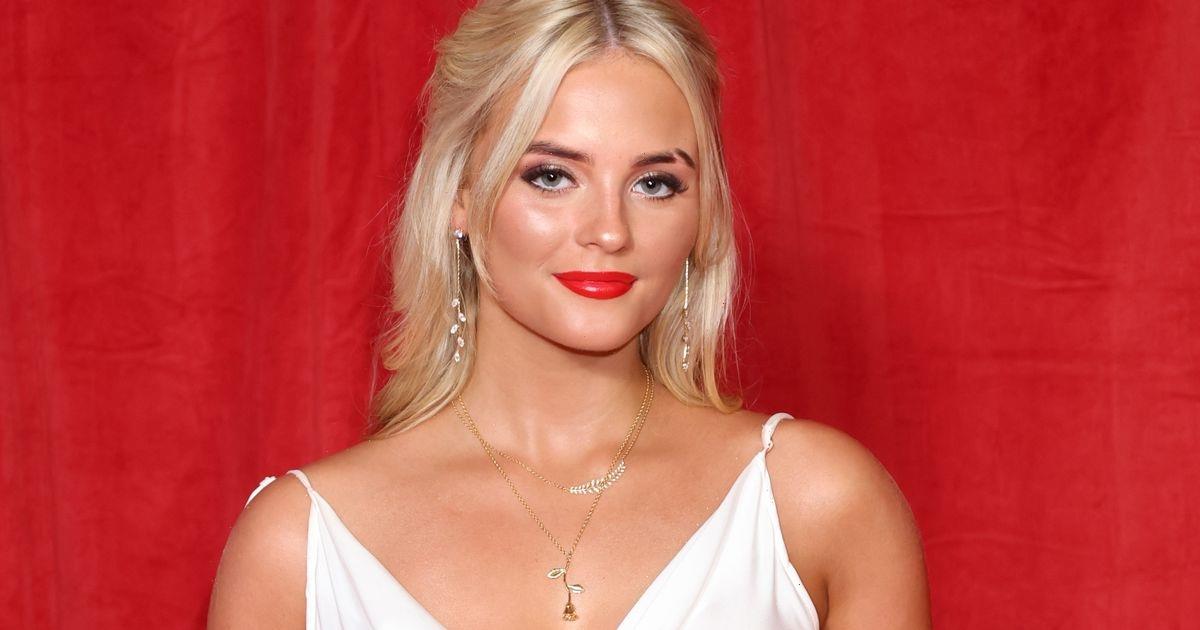 Coronation Street star Millie Gibson stole the show on Saturday 11 June, as she wowed fans on the red carpet in a sleek white dress.

The young star, 17, is best known for her role as Kelly Neelan on the popular ITV soap, yet her glamorous outfit at this year’s British Soap Awards was a world away from the gangster’s daughter she plays.

Dressed in an elegant white dress that skimmed her curves, the gown featured both a cowl neck front and back, showing off the star’s perfect tan.

Alongside the floor length gown, Millie completed her look with top to toe Zara Taylor jewellery, including a statement arm cuff that has become the must have accessory this summer, after having also been spotted on Love Island’s Tasha Ghouri.

Ahead of the awards, Millie had travelled down to London by train with showbiz pal Tanisha Gorey, who plays Asha Alahan in the soap, with the pair tucking into a simple but healthy lunch featuring plenty of fruit, during their journey to the capital.

Appearing alongside her on the carpet, Tanisha opted for a black form fitting gown, complete with a thigh high slit that showcasing the young star’s toned leg.

Both girls opted to wear their hair loose for the occasion, sporting cascading waves as the smiled for the cameras during their carpet appearance.

The white dress featured a number of ruffles, with a vibrant metallic grey star print adding character and movement to the ensemble alongside voluminous sleeves.

All three young stars will be hoping to take home an award at the lavish ceremony, which aims to celebrate the best and brightest talent and storylines that have captivated soap audiences over the past year.

Going to toe to toe with the Corrie starlets, will be a number of other stars from soap rivals Eastenders, Hollyoaks and Emmerdale as they attend the show in London.

Held at the Hackney Empire, this year marks the return of the annual event which has taken place since 1999, with the past two years having sadly been cancelled due to the covid 19 pandemic.

The return however, brings with it some changes this year, as the Best Actor and Best Actress categories have now been amalgamated into one: The Best Leading Performer.

It is hoped that this change will make the awards more inclusive as the shift is away from gender definitions and on the performances themselves.

The British Soap Awards air tonight at 8pm on ITV.

For all the latest showbiz news and gossip, sign up to our daily newsletter here.