Moving on. Corinne Olympios and her boyfriend, Jon Yunger, have called it quits after a year of dating, Us Weekly can exclusively confirm.

“Corinne and Jon ended their relationship recently,” Olympios’ representative told Us in a statement. “Much of the reason is her need to stay in Los Angeles due to major career developments happening in the new year. The two remain on good terms.”

The Bachelor in Paradise alum, 27, was spotted with a mystery man at Craig’s restaurant in West Hollywood on Saturday, December 7, in the wake of their split.

Olympios and Yunger began dating in mid-2018 after they were introduced to each other by mutual friends. In an interview with Us in March, the former Bachelor star referred to herself and Yunger as “soulmates” and revealed the pair had been looking at engagement rings. 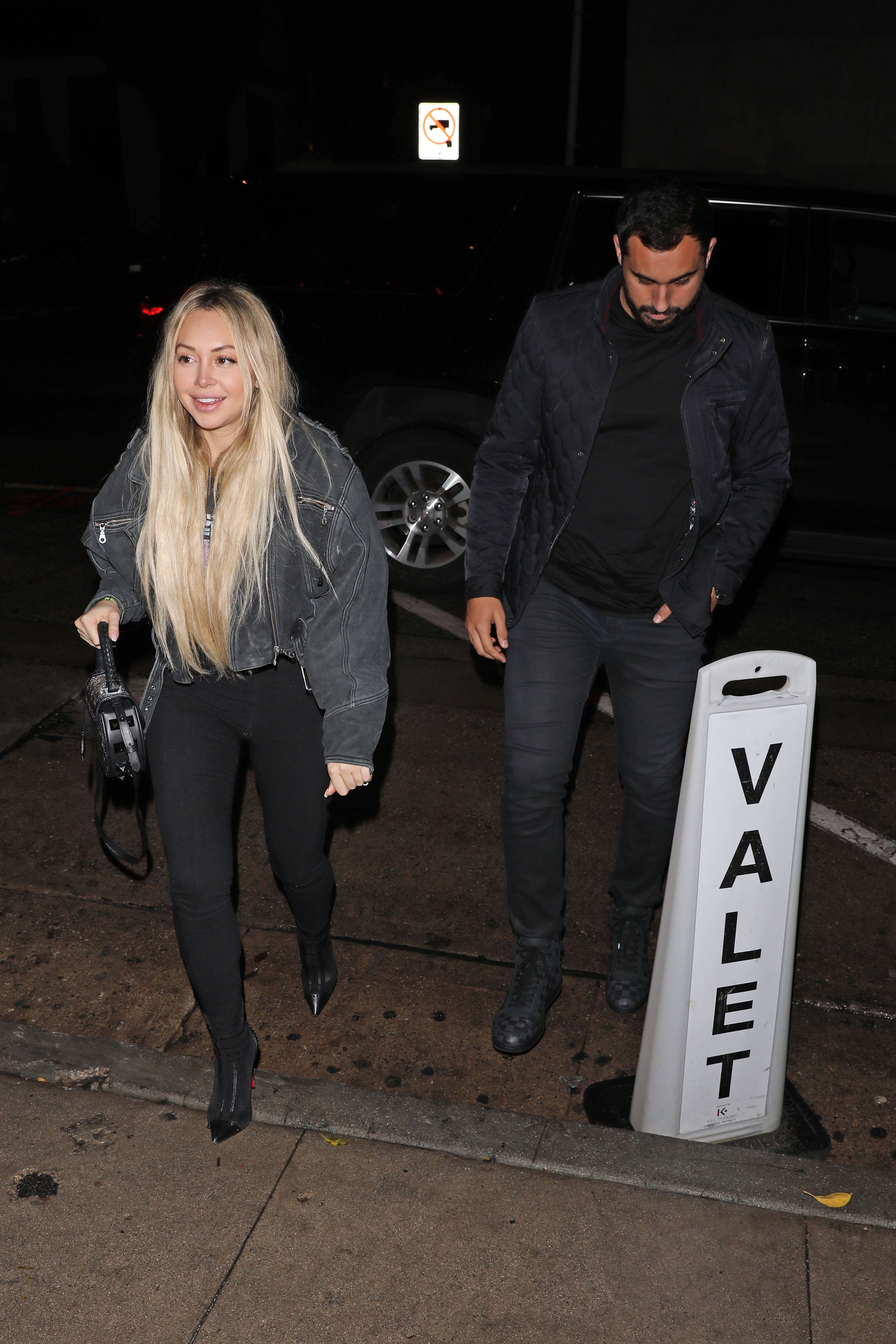 “It’d be really traumatic if we ever broke up,” she said at the time. “But not ‘cause we’re gonna get engaged. I don’t know if I was supposed to say that. Well, I mean, I hope so.”

Yunger resides in New York while Olympios’ home base is in Los Angeles. She explained to Us at the time that her flexible schedule allowed her to visit Yunger because “he more has a 9-to-5 [job] and I don’t, so it’s easier for me to travel.”

Olympios told Entertainment Tonight in July 2018 that Yunger was aware of her reality TV fame before they started dating.

“Jon knew exactly who I was and didn’t tell me,” she recalled. “He just kept his cool and was feeling me out the same way I was feeling him out.”

The TV personality couldn’t stop praising her boyfriend at the time. “He’s just, like, so amazing. He’s kind and caring and he’s supportive,” she said. “He’s, like, confident on his own and funny on his own. He’s the package. We love each other. I love him.”