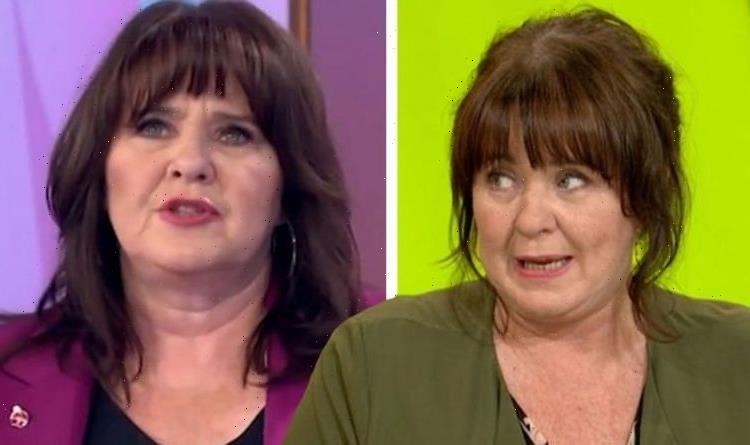 Coleen Nolan, 56, revealed she’s lost a whopping two stone after switching to a vegan diet. But while the Loose Women star was shedding the pounds, she insisted switching to the new plant-based lifestyle earlier this year was “never about losing weight”.

I think I’ve probably dropped a couple of stone

In a recent interview, she admitted she’s never felt so good.

She said: “I’ve changed my diet and had my teeth done, which I just love.

“I thought, ‘If I’m not careful, I’m going to be hitting the mobility scooter before I turn 60.'”

Coleen admitted that she’d started to suffer pain in her lower body, which made doing daily chores harder.

“My back and hips were bad and everything hurt,” she said.

“Getting off the sofa was hard work.”

But now she feels like a different person, having been inspired by her 20-year-old daughter Ciara, to consider some of the health benefits of becoming vegan.

But she insisted: “The weight loss was just a bonus.

“Me going vegan was never about losing weight.”

Despite feeling better in herself, the 56-year-old confessed to Bella Magazine that she does occasionally miss having a McDonalds milkshake.

And her weight doesn’t seem to be the only thing that’s put a smile on Coleen’s face.

She also told the publication about how much she adores her new teeth.

“I’ve always wanted them done, but I thought I couldn’t spend so much on my teeth,” she shrugged.

“Now, I can’t stop smiling and showing off my expensive new teeth!”

Elsewhere, Coleen spilled the details about her sex life with her new boyfriend, who she met on dating app Tinder.

Speaking about the pair’s relationship, the ITV star claimed her new man has “awoken a tiger” as she spoke candidly about their time in the bedroom.

They have reportedly been dating for the past three-and-a-half months and he’s already met some of her family members.

Coleen went back on the dating app in May after her relationship with her toyboy lockdown beau fizzled out.

Of her new man, she gushed to The Mirror: “He’s kind, caring, funny, romantic and the sex is great. He’s awoken something in me.

“He’s awoken a tiger, which I didn’t know was there!

“The best thing is that for the first time in my life I know for sure I am with a man because I want to be and not because I feel I need to be.”