Near miss. Miranda Lambert and Blake Shelton managed to not run in to each other at a filmed Elvis anniversary special earlier this month, a source tells Us Weekly. 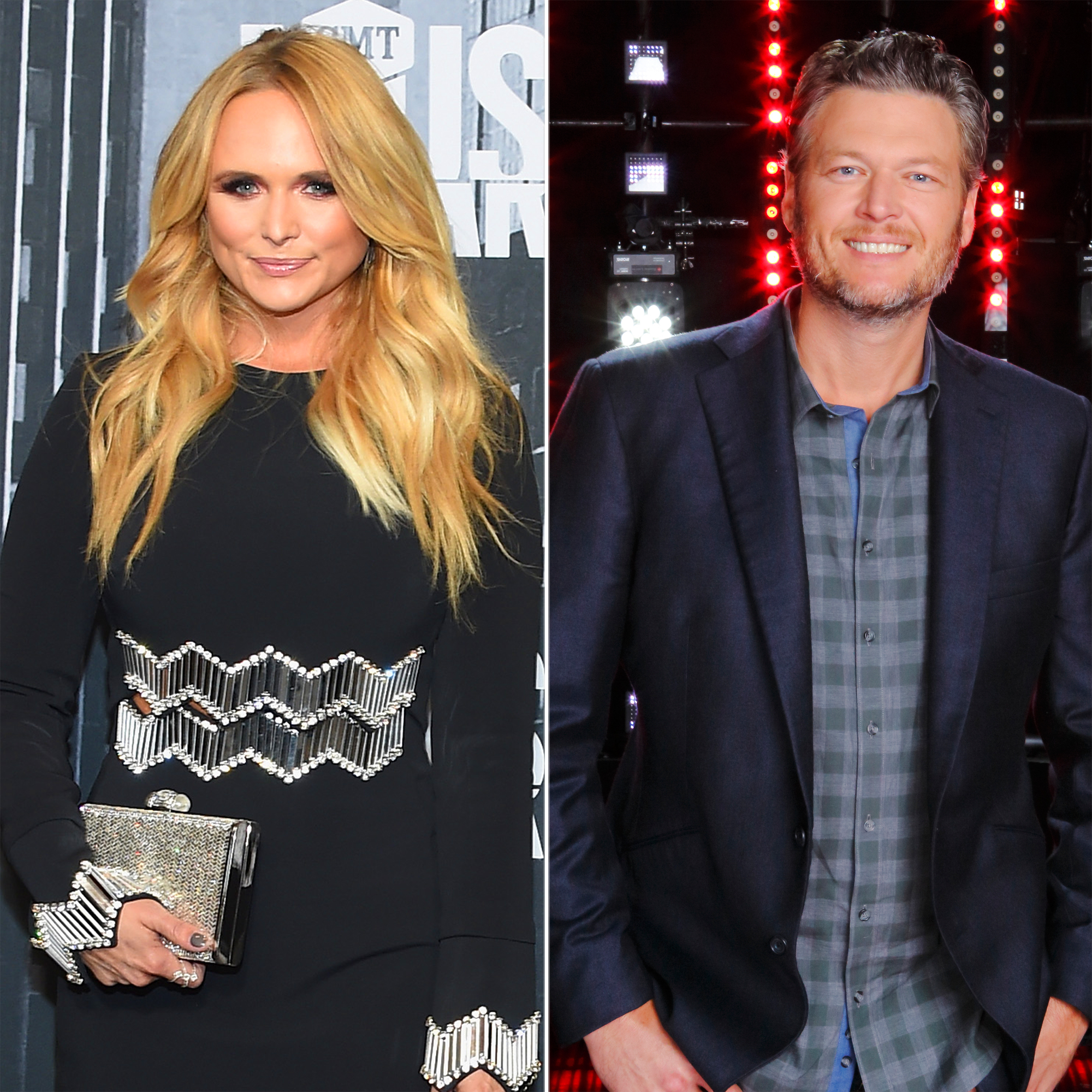 The exes both performed at The 50th Anniversary of the Elvis Comeback Special taping at Universal Studios. Shelton, 42, sang “Suspicious Minds,” while his girlfriend, Gwen Stefani, looked on. Lambert, 34, performed with her band, Pistol Annies.

The source tells Us that there was a point on Thursday, October 12, that Shelton, Stefani and Lambert were “all under the same roof,” but they did “not see each other or cross paths.” While the “I Lived It” singer was helping introduce some parts of the special, actress Riley Keough introduced Lambert and her bandmates Ashley Monroe and Angaleena Presley.

Shelton and Lambert split after four years of marriage in July 2015. Four months later, Us confirmed that he was dating his fellow Voice coach. While the former spouses typically remain mum on the topic of their divorce, the “Tin Man” crooner admitted earlier this year that Shelton moving on with Stefani was one of the reasons she didn’t do much press for her 2016 album.

“I came into [manager Marion Kraft]’s office and said, ‘I’m not speaking to anyone until they hear this record.’ That’s fair. I thought that was fair … It was going to be hell, and I’d already been through hell,” she told HITs Daily Double in July. “I’d finally gotten to a place where I wasn’t sad anymore. All the sad moments were there, all the truths were right in those songs. All you had to do was listen. I didn’t need to say anything … When the music was out, people had listened, I got on the phone for the first interview. First question was, ‘How do you feel about Gwen?’ I hung up. I told Marion, ‘I just can’t do this.’”

After Us broke the news in April that Lambert was dating tour-mate Evan Felker, Shelton implied that she was unfaithful to him during their marriage.

“Been taking the high road for a long time.. I almost gave up. But I can finally see something on the horizon up there!! Wait!! Could it be?! Yep!! It’s karma!!” he wrote. A source told Us at the time that he was referring to his ex’s relationship with Felker, who was married to wife Staci when he hit the road with Lambert.

Lambert and Felker split in August after four months together.