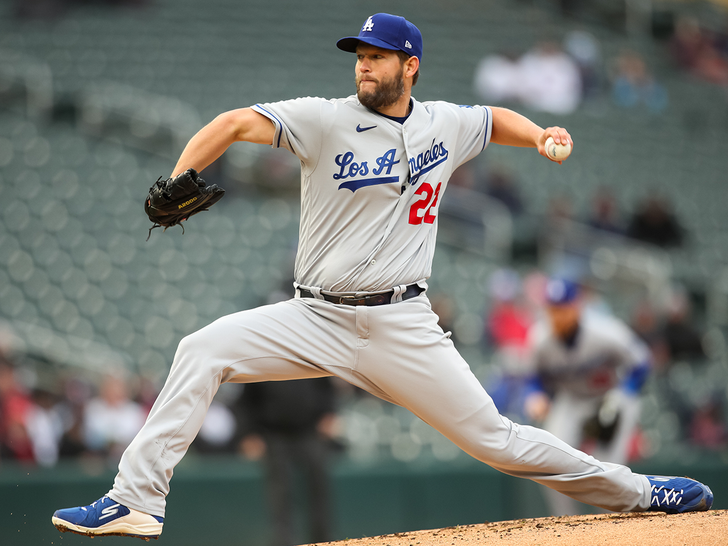 1:01 PM PT — L.A. was able to hang on for the win … and after the game, Kershaw said he believed Roberts’ decision to pull him was the right one.

The Dodgers are about to win a game over the Minnesota Twins … but their fans are FURIOUS — ’cause Clayton Kershaw was yanked from the contest despite being perfect through 7 innings.

The L.A. ace and future Hall of Famer was just pulled by manager Dave Roberts … even though he was absolutely dealing.

Through the game’s first 21 outs, Kershaw had 13 strikeouts … and allowed no Twin to reach base. He seemed poised to record just the 24th perfect game in MLB history.

But, despite only throwing 80 pitches, Roberts pulled the starter before he could finish off the 8th and the 9th innings.

And, to make matters worse, Kershaw’s replacement — reliever Alex Vesia — gave up a knock in the 8th to ruin any shot at a combined perfect game.

Roberts, though, was just trying to protect his stud pitcher by removing him — because, after all, Kershaw had a shortened spring training and he’s had a history of injuries.

Still, fans are livid that the 34-year-old didn’t at least get the chance to make history — with many taking to social media to blast Roberts for the call.

Kershaw, meanwhile, didn’t seem too pissed … he was smiling in the dugout after being pulled.

As for the game, the Dodgers are just a couple outs away from winning 7-0 — so it’s not all that terrible, right??