Inside Prison: Britain Behind Bars

The voiceover at the start of Inside Prison: Britain Behind Bars (ITV) said they had been given ‘unprecedented access’ to our jails.

Given that prison documentaries have dominated TV schedules for two years, becoming as commonplace as property makeover shows, that’s quite a claim.

But, unlike property programmes, prison documentaries are never going to run short of interesting characters and dramatic material.

Last night we saw prison guard John Aldridge undergo a baptism of fire on his first day on C-Wing at HMP Bullingdon, Oxfordshire.

His attempts to engage in friendly banter with prisoners were rudely rejected with one dismissing him as ‘a bit feminine’. 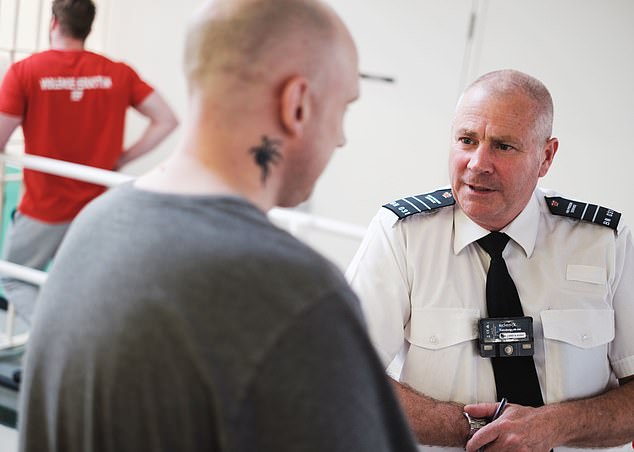 Inside Prison: Britain Behind Bars (ITV) claims to have unprecedented access to UK prisons

It fell to Anthony Gooch to help Aldridge find his feet. Respected and commanding, there was no doubt Gooch had C-Wing firmly under control. The only trouble was, he was an inmate.

On remand for armed robbery (all charges were later dropped) Gooch was a ‘violence reduction rep’, or ‘top dog’ as the other inmates called him. An intermediary between guards and prisoners, he helped keep the peace.

He told a shell-shocked Aldridge that if he kept doing his job by the book he’d soon make a lot of enemies. His advice may have raised a few eyebrows, but it was only when Gooch was released that you realised what an important job he did. A dangerous power struggle quickly took place with other prisoners competing, violently, to become new ‘top dog’.

Over at women’s prison HMP Downview, habitual inmate Gemma James was bragging about her prowess as a shoplifter — despite getting caught every time.

Her latest scam, conducted in prison with the full knowledge of guards, was to join sugar daddy dating sites and ask the men to send her money.

That wasn’t all. Gemma had also converted to Islam in the hope that it would give her life meaning. During a chat with her dedicated prison officer she explained that she was a changed person — shortly before trying to assault another prisoner with an iron.

At a cost of £4.8billion a year to the taxpayer, you can argue viewers have a right to see what happens in prisons. You can’t argue that these documentaries make for grim, if compelling, viewing. 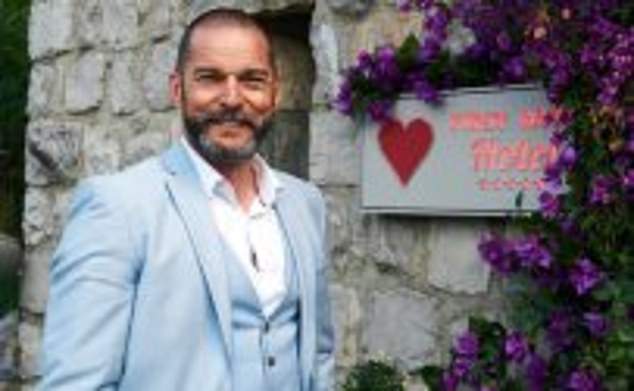 The hotel spin-off is every bit as enjoyable as the original First Dates series, even if the food looked like it had gone off the boil

The subject matter was a little more uplifting in First Dates Hotel (C4) where singletons checked in looking for love.

Hairdresser Amie, 30, a single mum, was hoping to meet someone who looked like a 1990s Johnny Depp.

Her date, Kurt, looked more like Russell Brand circa 2005 but that didn’t stop the pair getting on like a house on fire. Kurt’s idea of romantic chat proved disappointing, however.

He told Amie it was love at first sight when his parents met and that they’d been married for 30 years. ‘Ahh. And are they still together?’ asked Amie.

‘No, my dad decided he didn’t love Mum any more and they realised they’d be happier with other people,’ said Kurt.

Actor Simon and theatre producer James seemed the perfect match, however. Both spoke movingly about their struggles with their sexuality and their shared love of Disney, board games and Harry Potter. But at the post-date interview both were adamant that there was no romantic spark.

Overseen by the charismatic Fred Sirieix, the hotel spin-off is every bit as enjoyable as the original First Dates series, even if the food looked like it had gone off the boil.