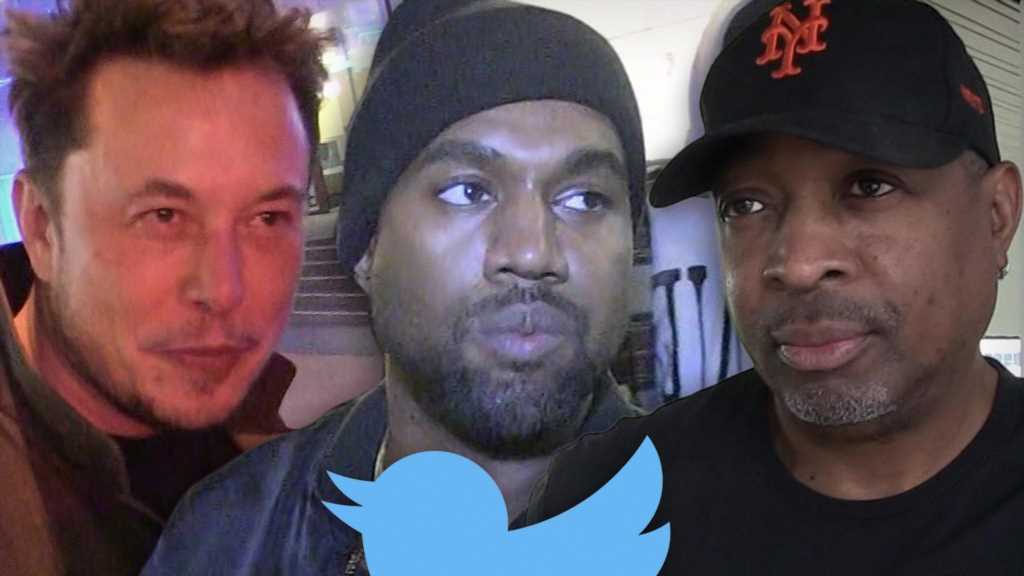 The Public Enemy frontman put out a big signal for Elon Musk on Friday … challenging him to permanently ban all versions of the n-word on the platform. 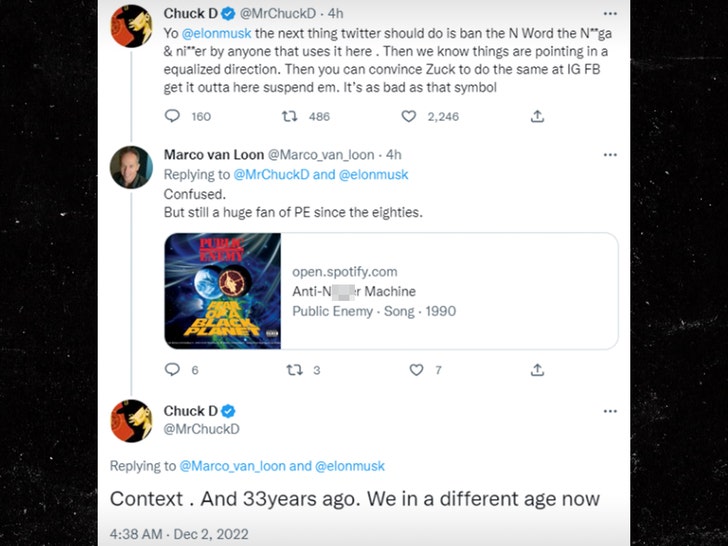 Chuck argued the n-word’s power was just as damaging as the Nazi swastikas and his swift action could influence Mark Zuckerberg to do the same on Facebook and Instagram.

Naturally, Chuck’s Twitter take left some of his longtime fans scratching their head … with one even digging up PE’s 1990 song “Anti-Ni**** Machine” from their seminal album “Fear of the Black Planet.” 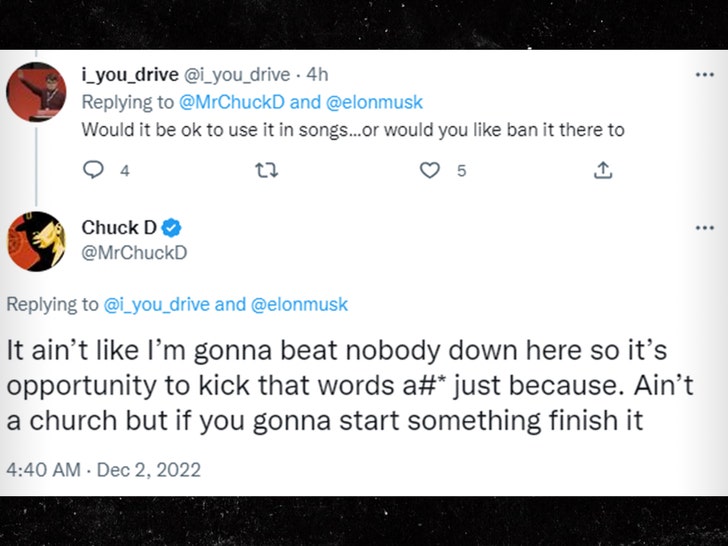 Chuck noted the song was recorded over 30 years ago and we’re currently playing with a different set of rules in America.

He also dismissed the notion that the use of the n-word in songs and Twitter were the same … and wasn’t concerned with people getting their pretty little timelines disrupted!!!

Elon banished Ye from Twitter on Friday, but The College Dropout did exit in a blaze of glory, … flaming Elon for his infamous vacation pic with Ari Emanuel. 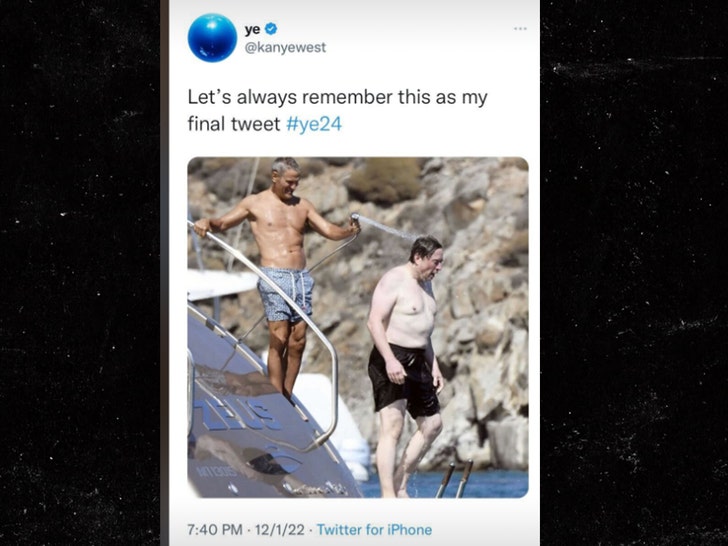 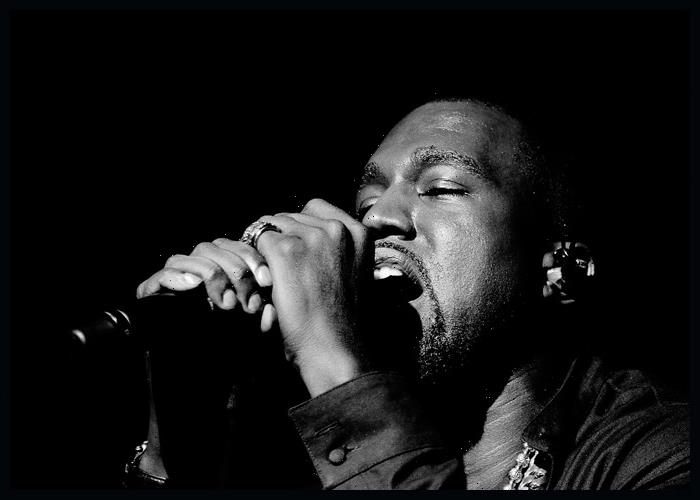 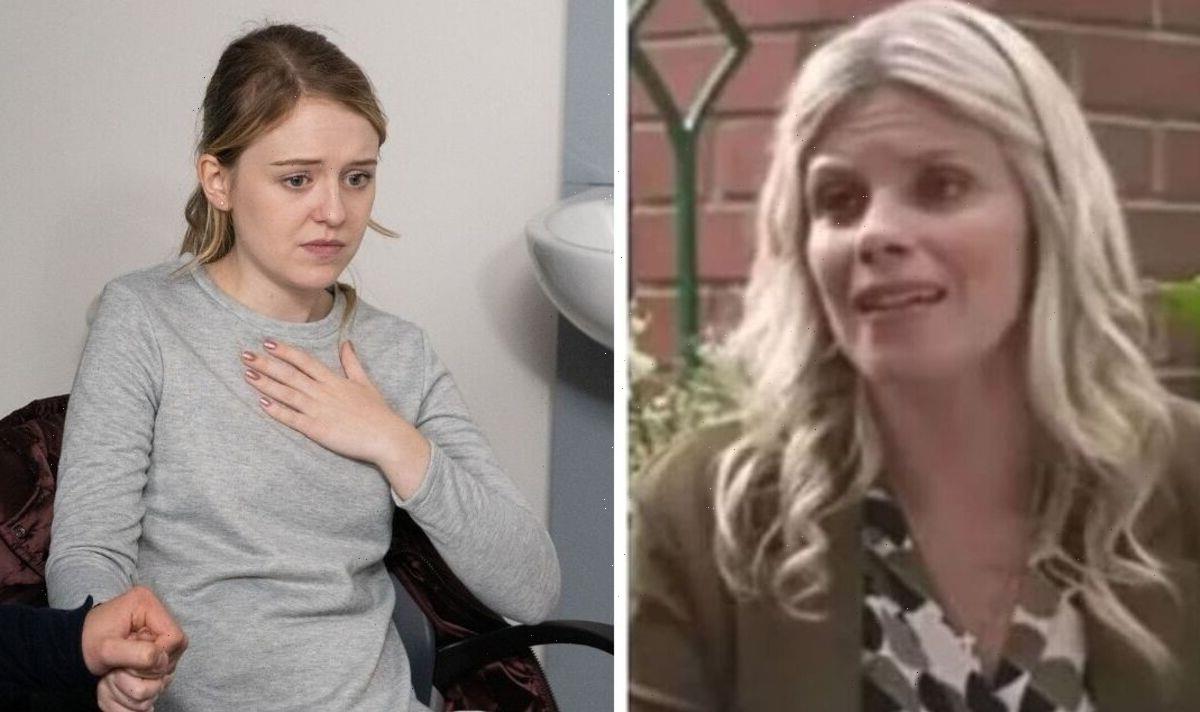