Just when did the screaming stop? Britain is more obsessed with celebrity than ever but, at some point in the past couple of decades, pop’s hair-tearing hysteria simply ceased.

Beatlemania and Bay City Roller frenzy are ancient history . . . and even the most impressionable teen wouldn’t dream of mobbing a Radio 1 DJ.

When Bruno Brookes, then the station’s weekend breakfast host, made a guest appearance on ITV junior soap Children’s Ward in 1989, fans almost tore him to pieces. 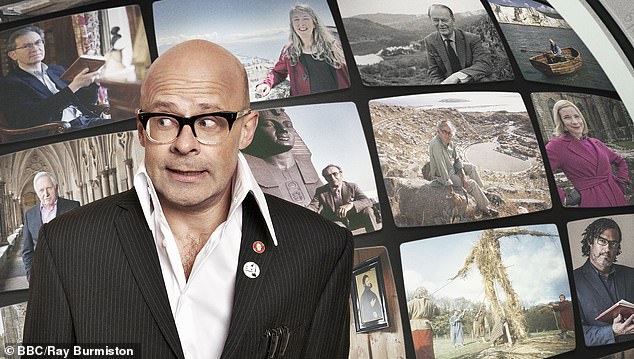 I had no great hopes for Harry Hill’s World Of TV (BBC2) series, expecting a hurried ragbag of excerpts cobbled together

They shrieked, they fainted, they hyperventilated. And that was just the doctors — the juvenile patients were even more deranged with excitement. Yet youngsters these days wouldn’t even look up from their phones for a mere radio host, however much his quiff was lacquered with hairspray.

Children’s Ward, written by Paul Abbott (who also created Shameless), was unearthed in the uproarious raid on telly archives that is Harry Hill’s World Of TV (BBC2).

I had no great hopes for Harry’s series, expecting a hurried ragbag of excerpts cobbled together.

Instead, huge pains have gone in to compiling the sequences. Last week’s montage from EastEnders, of 35 years of characters ordering ‘two teas’ in ‘the caff’ was sublime — every one of them was milking that little line for all it was worth.

This time, a succession of sarcastic consultants greeted tardy young doctors with, ‘Good of you to join us.’ Finding the clips must have taken months. Equally entertaining was a gory Casualty scene set to a jaunty Scott Joplin piano.

I’d have loved to see a section on famous faces making early appearances as extras on hospital dramas. Just about every star you can name hnas done it.

One joyous segment celebrated the twinkling charm of Scot, Bill Simpson, and his long-running medical soap, Dr Finlay’s Casebook. If DJs are no longer sexy, what has happened to doctors?

Britain’s most famous medics these days are government advisers such as Chris Whitty and Sir Patrick Vallance, no one’s idea of romantic heroes. Imagine the viewing figures if Dr Finlay were the Chief Medical Officer, giving afternoon briefings on coronavirus. A nation swoons! 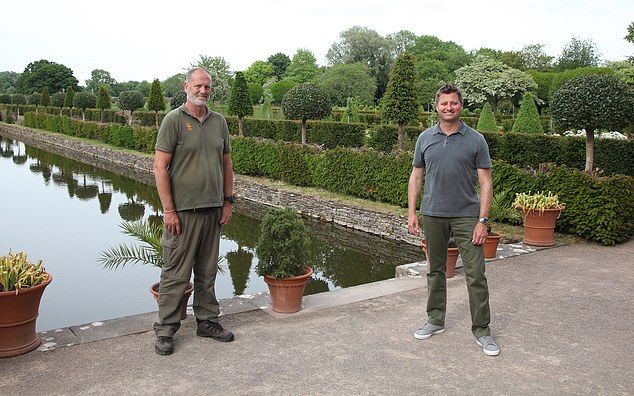 Architect George Clarke (right) can be in no doubt he’s made the right career choice. He turned the summer lockdown into a personal staycation with National Trust Unlocked (C4)

Harry Hill trained as a doctor himself. At 55, he must sometimes wonder whether he did the right thing in switching to comedy: by now he’d be semi-retired and on the golf course half the week.

Architect George Clarke can be in no doubt he’s made the right career choice. He turned the whole of summer lockdown into a personal staycation with National Trust Unlocked (C4).

While the country’s stately homes were off limits to the rest of us, lucky George was handed the keys to every castle and garden . . . so many treasures, in fact, that his whistle-stop tour is becoming a bit of a blur.

No sooner had he arrived at Westbury Court on the banks of the Severn in Gloucestershire than he was off to his home town of Washington, Tyne and Wear, to visit the grand hall that was George Washington’s ancestral home (and also where the presenter’s sister got married).

Five minutes later, he was strolling through the landscaped gardens of Capability Brown’s masterpiece, Croome Park outside Worcester.

Intense concentration was needed to remember which historic gem George was enjoying. Since he had every place to himself, the show would have done better to focus on just two sites, and explore them in greater depth.

Surely, we can’t see everything that’s worth seeing at Croome Park in under 15 minutes?