Here come the girls – and they’re planning to bite your head off! CHRISTOPHER STEVENS reviews The Secret Life Of The Zoo

The Secret Life Of The Zoo

Sir David Attenborough’s brilliant study of a power struggle among chimps, in BBC1’s Dynasties at the weekend, focused on the male of the species. The story had a tragic coda, as researchers revealed yesterday that the charismatic alpha leader had been killed by rival chimpanzees.

The Secret Life Of The Zoo (C4) gave us a completely different perspective on power. Behind the scenes, the females are firmly in charge.

Partly, it’s a matter of brains. ‘If ever there’s a dopey animal, it’s going to be a boy,’ commented a keeper. ‘To rule, you need some intelligence.’ 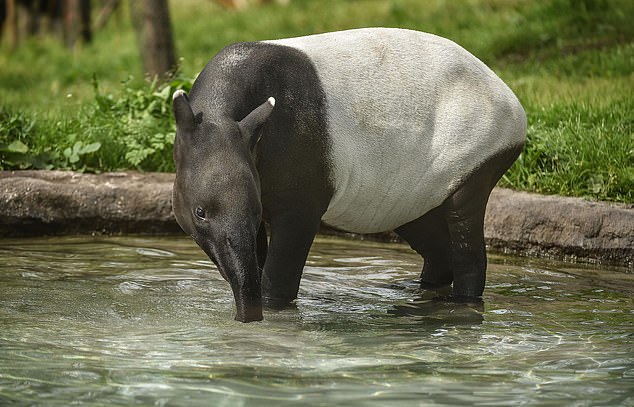 ‘The chap who really deserved sympathy was Betong the Malayan tapir. Once happily mated with a female called Margery, he found himself pushed out when a baby came along’

That’s true for insects as much as primates. Minnie the dead-leaf mantis had just shed her skin, the insect equivalent of getting a spray tan and a new pair of Jimmy Choos. She was ready to find a mate.

The boy she fancied was called Mickey, and he had no idea what he was letting himself in for. All he could think about was getting his six spindly legs wrapped around Minnie.

She had a bigger plan. After letting her lover have his way, she intended to bolster up on nutrients to feed her eggs — by eating Mickey’s head.

Any divorced blokes watching who feel aggrieved over their alimony payments would do well to remember that things could be worse. You might have been born a mantis.

Harvey the hornbill had a different problem. His missus, Harriet, had barricaded herself into their nest and was refusing to come out for the next four months. She bricked up the doorway, leaving just enough room for Harvey to push food through to her, while she incubated their egg.

It’s embarrassing for a bird to be stuck on his own doorstep, shut out of the house for weeks on end. What will the neighbours think?

But the chap who really deserved sympathy was Betong the Malayan tapir. Once happily mated with a female called Margery, he found himself pushed out when a baby came along. Betong had to move into a separate enclosure while little Solo grew up.

But now Solo has gone to Germany, to find a mate of her own — and Margery wants Betong back.

He’s grown used to the bachelor life. The evenings are his own, and he’s got a straw bed all to himself. You can’t blame him for wanting to hang on to his independence.

For The Love Of Dogs

Ab Fab comedienne and pet lover Jennifer Saunders proved the point when she paid a visit to Battersea animal rescue centre on For The Love Of Dogs (ITV). Presenter Paul O’Grady tried to persuade her to adopt George, an adorable nine-week-old spaniel puppy.

Jennifer’s resolve was strong enough to resist — but the more Paul cooed over the limpid-eyed little dog, the more he fell in love himself. ‘I can’t have him,’ he wailed — ‘I’ve already got nine!’ 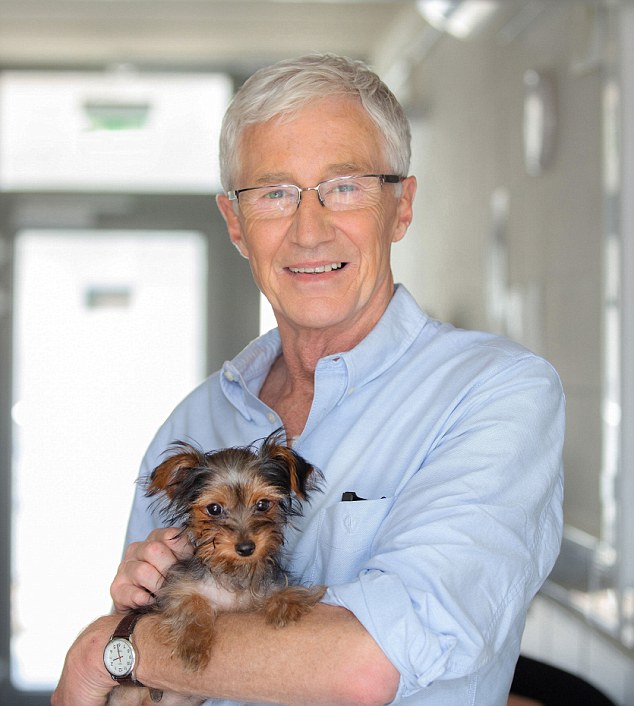 The furry, cuddly pups are just one reason to enjoy this long-running series. Paul has fronted dozens of episodes, but never repeats himself. He has an inexhaustible fund of pithy expressions to describe the dogs.

This time, looking at an elderly border terrier called Florence who was sky-high on painkillers after a road accident, he remarked: ‘She’s Janis Joplin in there, flying.’

And then, in case there was any room for misunderstanding, he added: ‘I know that’s not a medical term.’