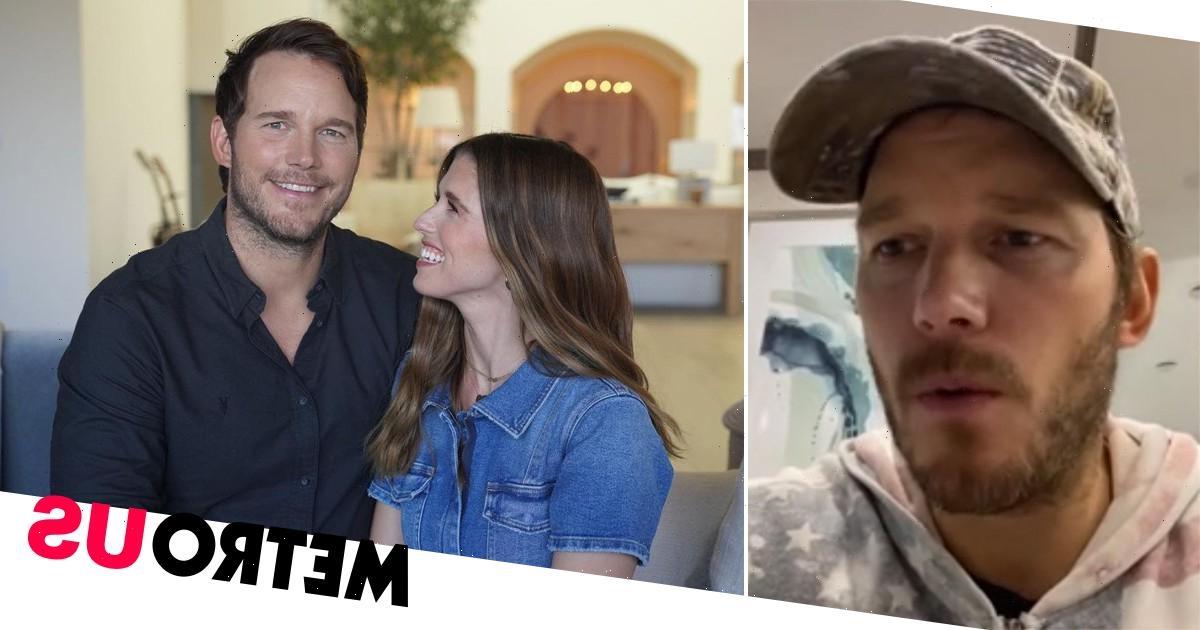 Chris Pratt has said he was ‘upset and depressed’ in a video posted after he faced backlash to a social media post he shared about his wife Katherine Schwarzenegger and their ‘healthy daughter’.

The Guardians of the Galaxy star shared a gushing post about his wife, in which he praised his partner for giving him a ‘healthy daughter’.

Some have perceived the post as insensitive as the actor also shares a son with Anna Faris, nine-year-old Jack, who has suffered from serious health issues over the years.

Chris did not address the post directly, but shared in a video: ‘I went to bed last night feeling kind of upset and depressed and I woke up feeling crappy and I didn’t want to work out.

‘I knew though, if I put on my Christian music playlist and I got out in the woods and ran, I would feel better, but I just didn’t want to, and I did it anyways and gosh, was I right. It felt amazing.’

Chris urged fans: ‘If you feel down today, maybe get some exercise and maybe listen to some good worship music, or get the word in, because it really helped me this morning.’

The 42-year-old had previously shared a post about his wife Katherine, who he married in 2019.

He wrote: ‘Guys. For real. Look how she’s looking at me! I mean. Find you somebody that looks at you like that!! You know!?

‘We met in church. She’s given me an amazing life, a gorgeous healthy daughter, she chews so loudly that sometimes i put in my ear buds to drown it out, but that’s love!

‘She helps me with everything. In return, periodically, I open a jar of pickles. That’s the trade. Her heart is pure and it belongs to me. My greatest treasure right next to my Ken Griffey Jr Upper Deck Rookie card.

‘Which if you know, you know is saying a lot. It’s her birthday in about 6 weeks. So if I don’t get her anything, I’ll tell her to look back on this post. Love you honey. ❤️❤️.’ 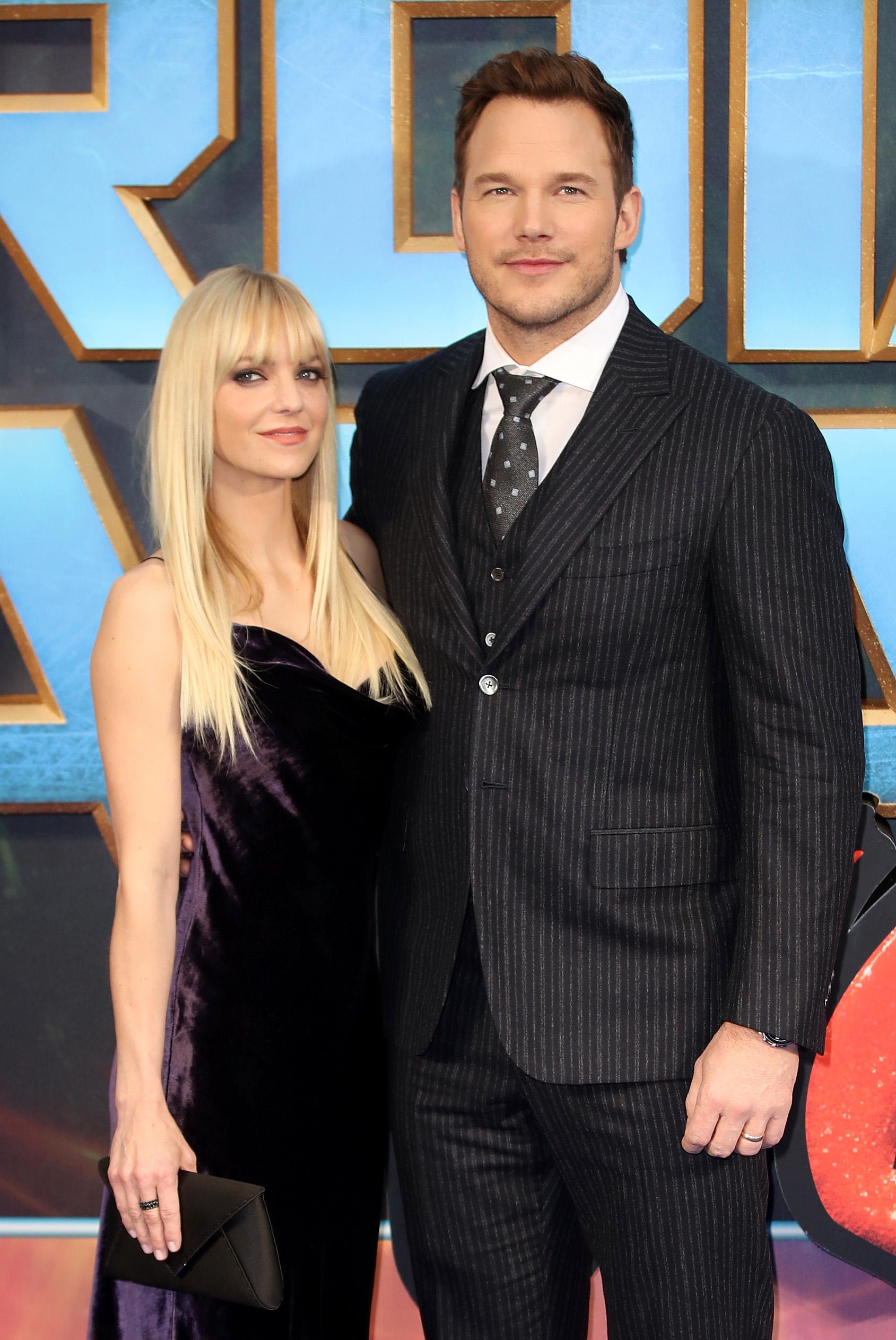 The post received a lot of positive comments, with stars the likes of Terry Crews praising Chris for his words.

However, many also slammed the actor with some of the top comments under his post reading: ‘You forgot about your son.’

‘You do know you have a son, right? Should he also be a greatest treasure?’ wrote another.

After first starting to date in 2007, Anna and Chris married in 2009 and had Jack two years later before splitting in 2017.

Jack was born premature, weighing only 3lbs and 12oz at birth and had to undergo numerous medical procedures as a result.

‘When Jack was born two months early, it came as a huge shock. And suddenly, your world completely shifts,’ Faris said on her podcast Unqualified in 2018.

Chris has also previously spoken in support of his son saying: ‘I made promises in that moment about what kind of dad I wanted to be and I just prayed that he’d live long enough that I could keep them.

‘Our Jack went from a small, helpless little squirt to a strong, smart, happy, funny, beautiful boy who loves monster trucks and Daniel Tiger, and, believe it or not, loves vegetables. Broccoli and cherry tomatoes are his favourite foods.’

The Tomorrow War and Guardians of the Galaxy star went on to marry Schwarzenegger in June 2019 and they welcomed their first child, a daughter named Lyla Maria, in August 2020.

Metro.co.uk has contacted reps for Chris Pratt for comment. 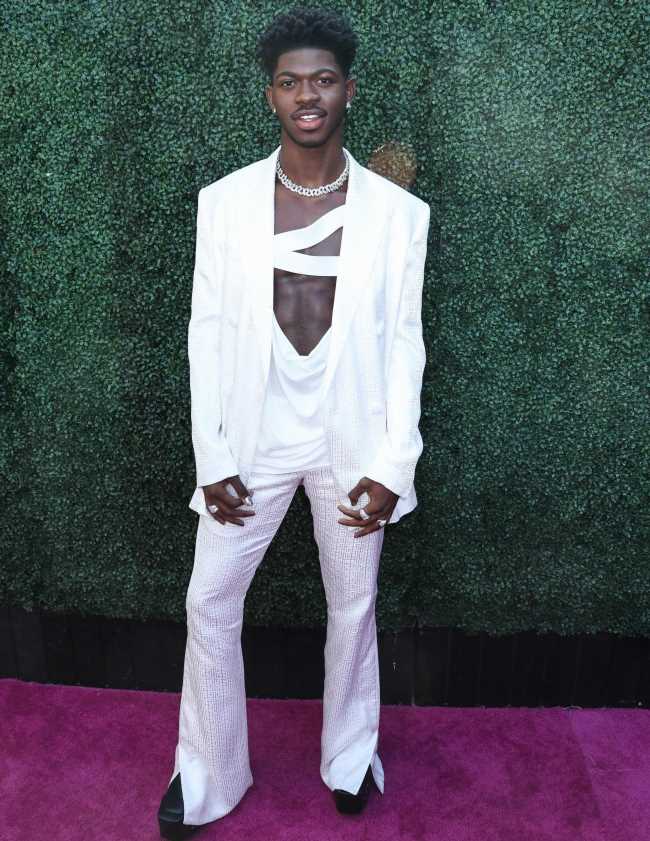