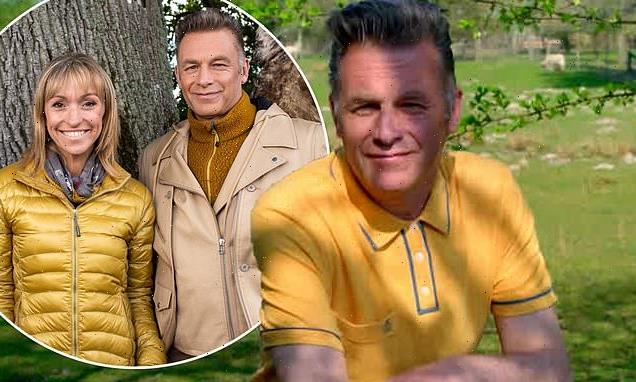 Chris Packham has cancelled all TV work for the next three months after feeling completely ‘burnt out’.

The wildlife presenter, who fronts BBC’s flagship Autumnwatch, Winterwatch and Springwatch shows, is taking a break from the cameras for the first time in nearly four decades after feeling like he’s been constantly running on a treadmill.

Chris, 61, is now embarking on a surprising career change, using the start of the year to create abstract sculptures of animals. 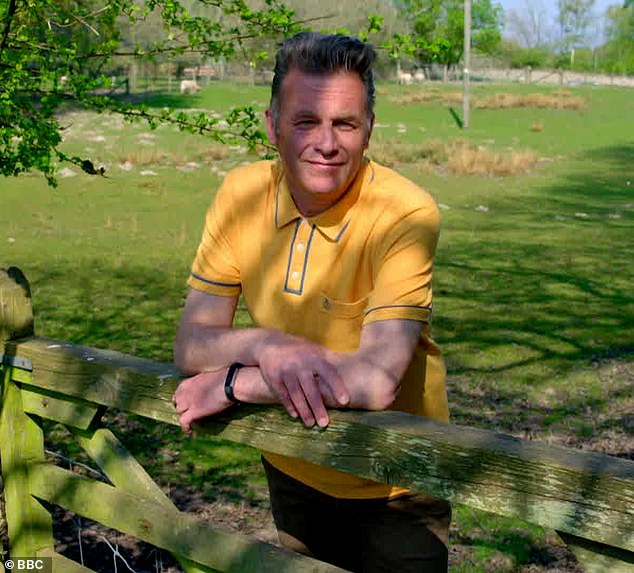 ‘I’m not going to buy a Ferrari and run off with a 20-year-old,’ he told The Mirror.

‘I’ve never taken three months off work. Never. I can barely sleep I am so excited. I might have to ban [partner] Charlotte from the studios.’

Of his new art project, Chris added: ‘I don’t want any interference or disruption, I want to get on with it. It will be good to clear my head and focus on something completely different.’ 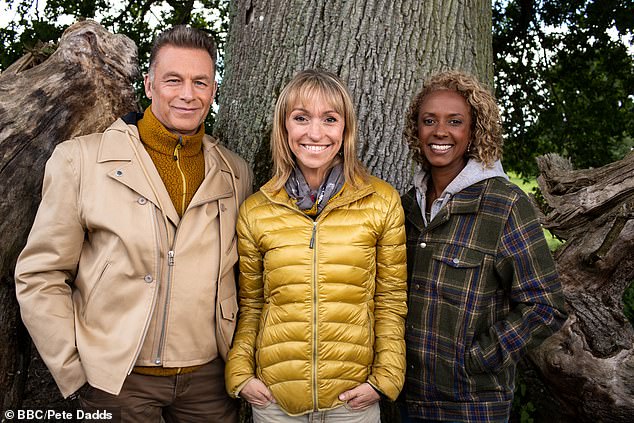 Time out: The wildlife presenter is taking a break from the cameras for the first time in nearly four decades (pictured with Michaela Strachan and Gillian Burke)

Chris has had a tough time in recent years. Back in September, the presenter spoke about how he believed his stance on foxhunting is what caused him to be targeted in a firebombing in autumn 2020.

The naturalist alleged the torching of a Land Rover Discovery was a ‘hit job’ likely carried out by a highly sophisticated gang who had ‘clearly done it before.’

He said attacks on his property are ‘more common when fox season starts’ because he openly calls for an end to the ‘unnecessary cruelty’ of the sport. 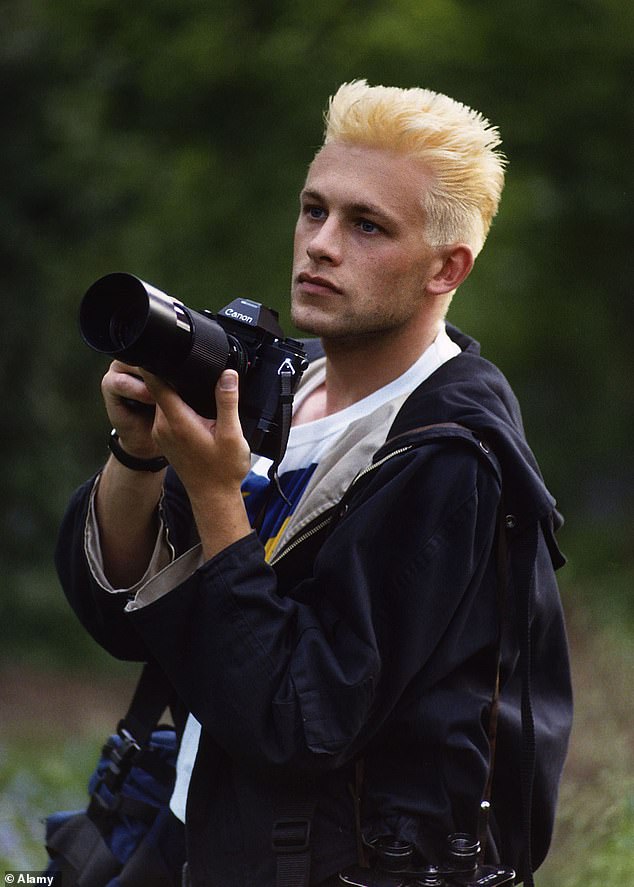 Career: Chris says this is the first time in his TV career he has taken a break (pictured filming The Really Wild Show which ran from 1986- 1995) 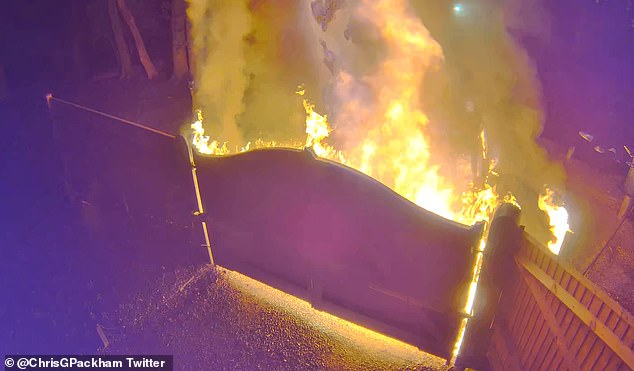 Blaze: A Land Rover was blown up outside the front gate of his remote country home in October 2021. Pictured: Land Rover on fire in front of his gate

The firebombing was the latest in a string of attacks seemingly targeting the famed conservationist and his family.  Chris has received death threats and his partner, Charlotte Corney, has been trolled.

The thing is, that all this stuff becomes more common when the fox hunting season starts because I am speaking out about it,’ he previously told The Mirror.

‘There was no ambiguity about the fact that it was done by people who had clearly done it before and knew exactly what they were doing.’

The wildlife expert noted, however, that authorities are ‘hopeful’ someone will come forward with information about the attack.

He added: ‘They are hopeful that at some point in the next year someone will grass them up.’

Although the BBC star has noted the aggressive actions targeting him and his family typically begin during foxhunting season, he has no intention to stop advocating for an end to the sport.

‘It has to come to an end. It’s one of my life’s missions,’ he explained.

‘We need to put an end that unnecessary cruelty.

‘We’re making progress and again, that is making life difficult because they don’t like losing. The aggro always begins as soon as the fox hunting starts.’ 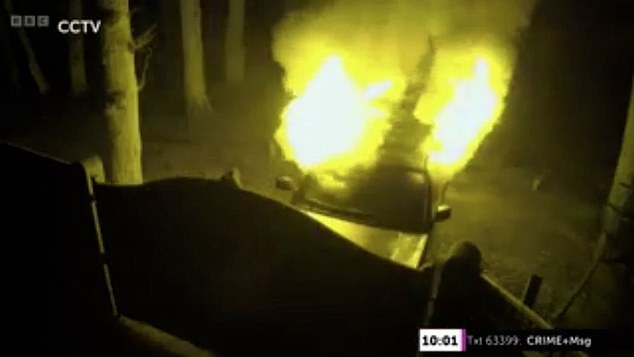 Pictured: CCTV footage showing the Land Rover, which was parked outside his gate, engulfed in flames 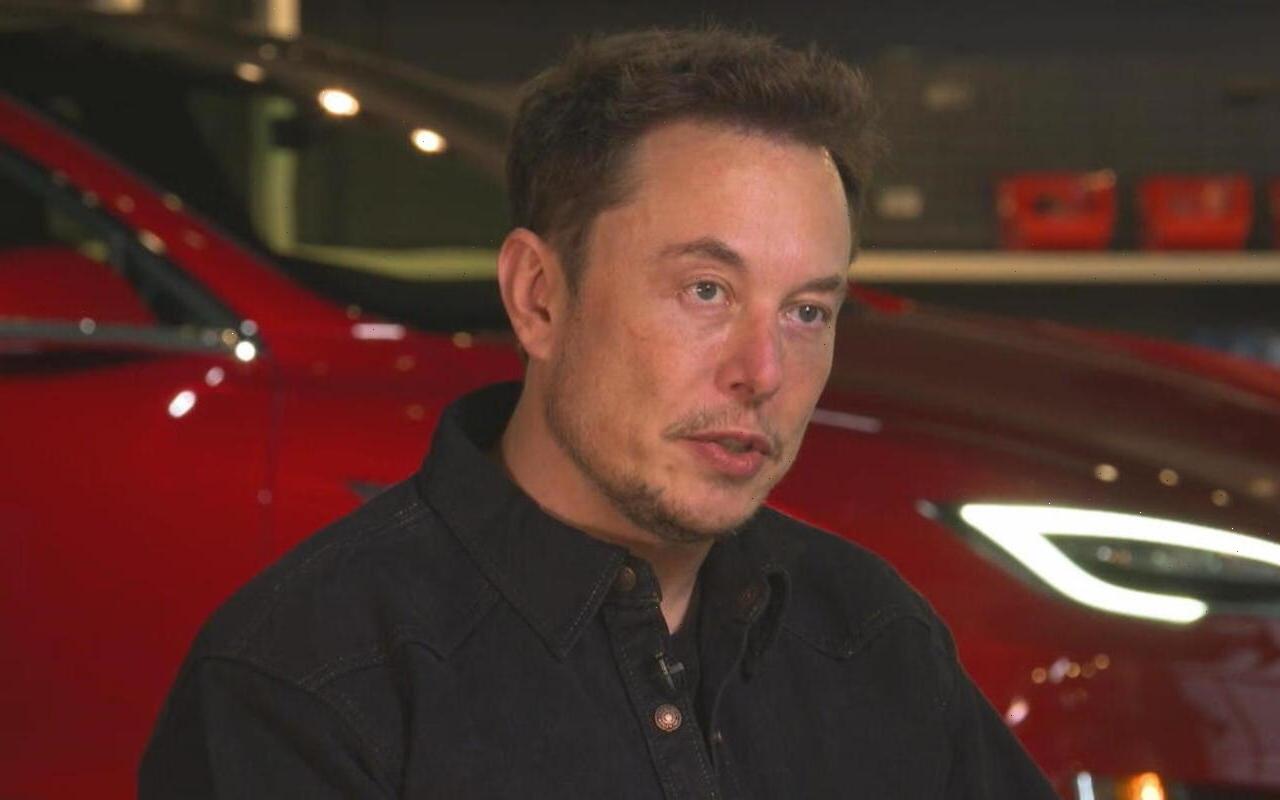