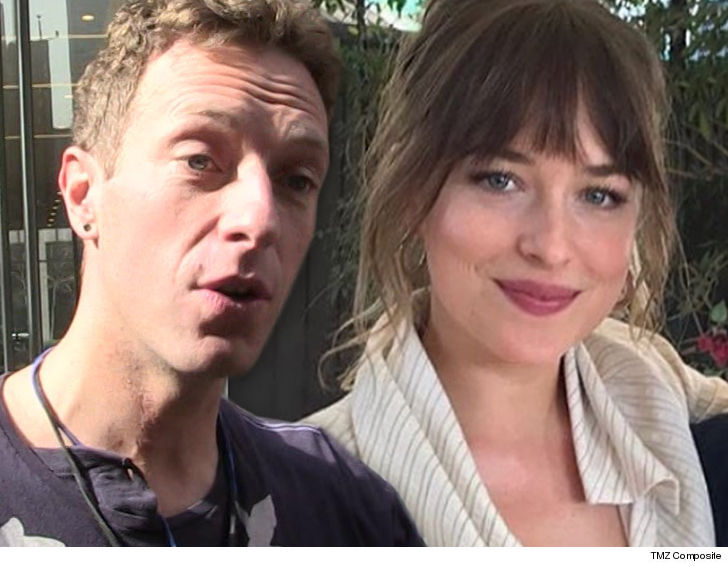 12:50 PM PT — Dakota’s rep tells us she is NOT pregnant, and they were just throwing a birthday party. The rep did not say what the deal was with the pink and blue balloons.

Chris Martin and Dakota Johnson are having a baby, and the timing of their gender reveal party is pretty interesting … considering what Chris’ ex just celebrated.

Chris and Dakota, who’ve been dating for about a year, had a party at his place on Sunday, and photos and video from the event make it clear what they were celebrating.

Blue and pink balloons were tied down in arches … as their celeb friends arrived. Dakota’s folks — Melanie Griffith and Don Johnson — walked in, along with Sean Penn and Julia Roberts.

Looks like Don was last to arrive … because about 10 minutes after he got there, the string of blue balloons were released into the sky. So, all signs point to them having a boy, unless someone screwed up the release. 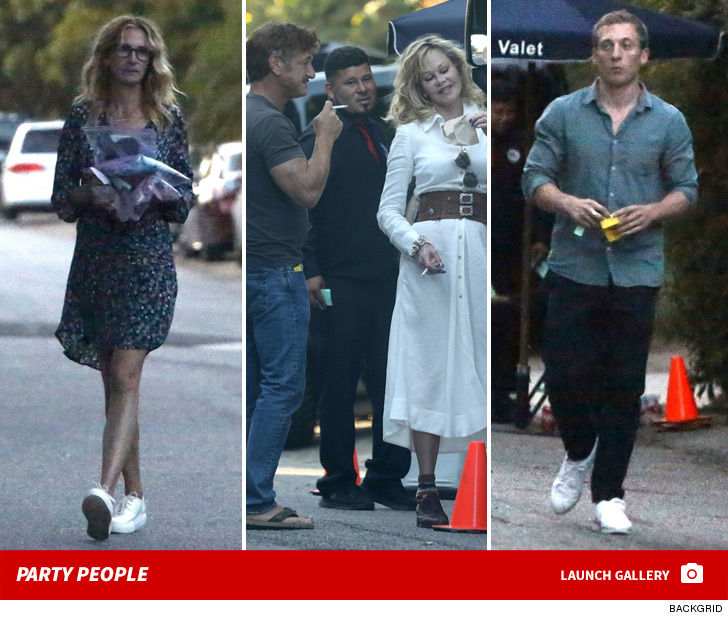 Chris’ big baby news came one week after Gwyneth Paltrow tied the knot with her new guy, Brad Falchuk. Chris didn’t attend their wedding … he was performing at the Global Citizen Festival in NYC, and Dakota was there with him. 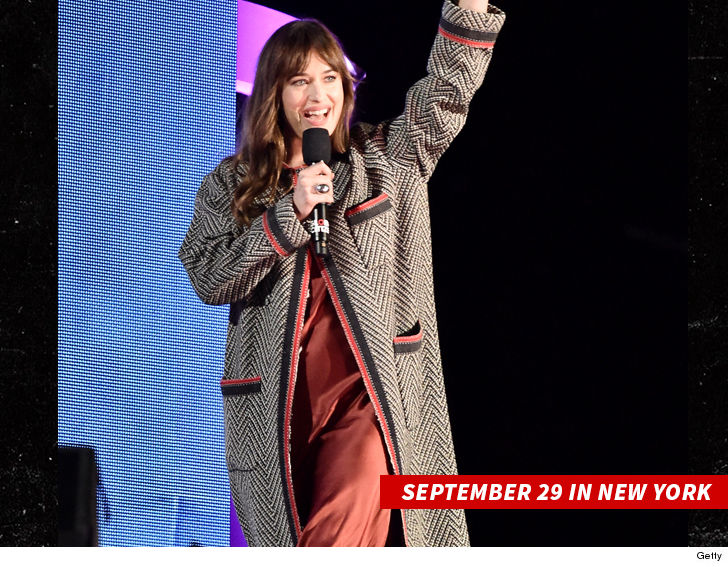 Interesting, when Dakota walked onstage she was wearing a very baggy outfit and overcoat. Little did we know, she had a baby on board.