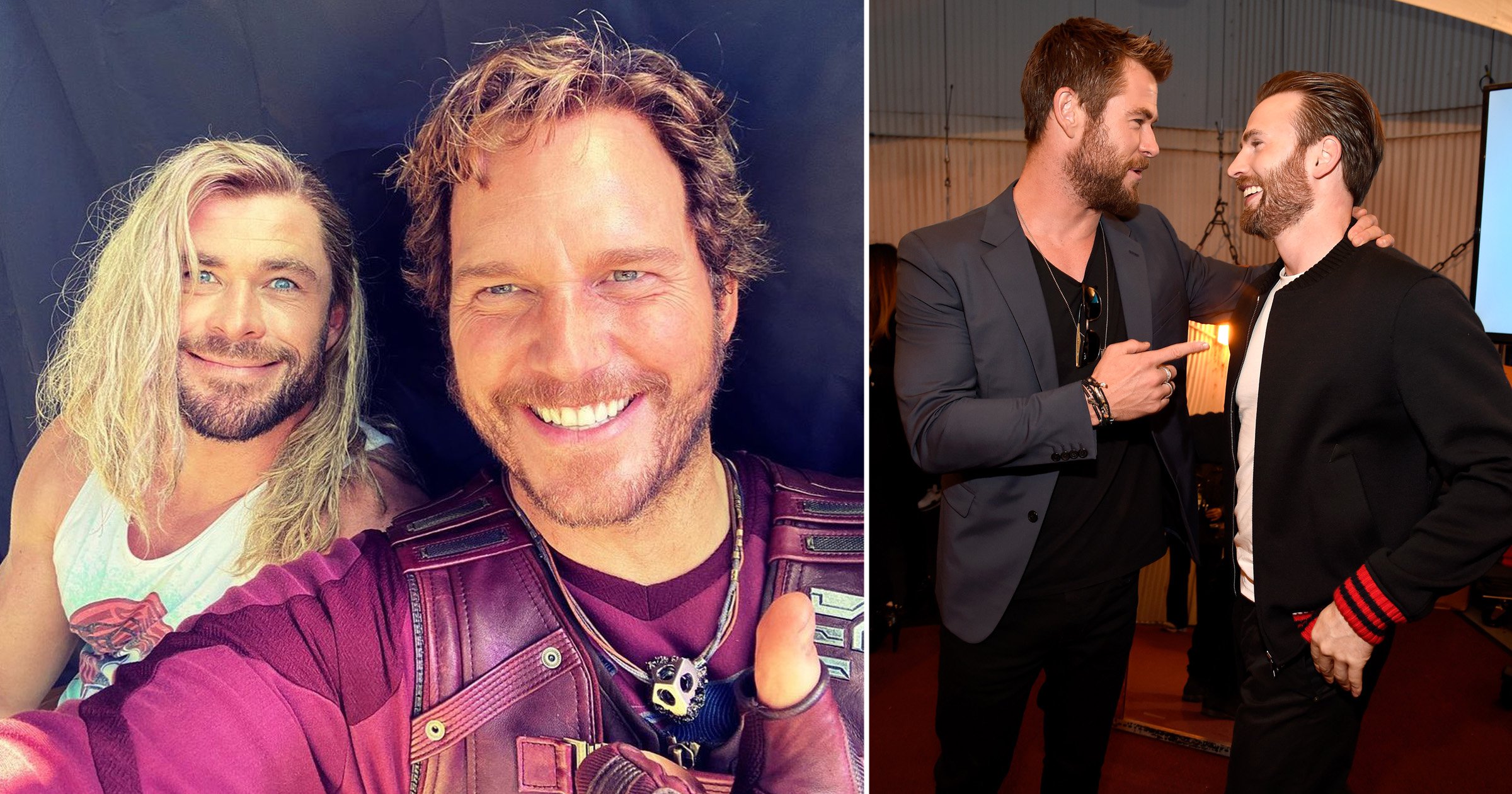 Fanning the flames of the internet’s ongoing debate about the ‘best Chris’ in Hollywood, Chris (H) posted a fun photo on his Instagram to give his buddy a birthday shout out.

The Australian actor joked in the picture: ‘Happy 40th birthday Chris Evans, you’ll always be number 1 in my book.’

The photo he posted featured a grinning Chris Pratt instead of the Evans variety.

A lot of his followers got in on the joke, commenting that Chris Evans ‘has changed over the years’ or that ‘Chris Pine looks different’, however there were some who didn’t twig that Hemsworth was making a gag.

It further stoked the ‘battle of the Chrises’ debate that was had last year, with Star Trek actor Chris Pine also in the mix.

Other Avengers stars also shared their messages for Evans, with Mark Ruffalo, who played Bruce Banner/The Hulk, tweeting: ‘Sending all the virtual hugs to you on your birthday, brother!’

Posting a picture of Chris on the set of the Avengers: Endgame using his smartphone, Mark added: ‘Two can play the “no phones on set” game, @chrisevans.’