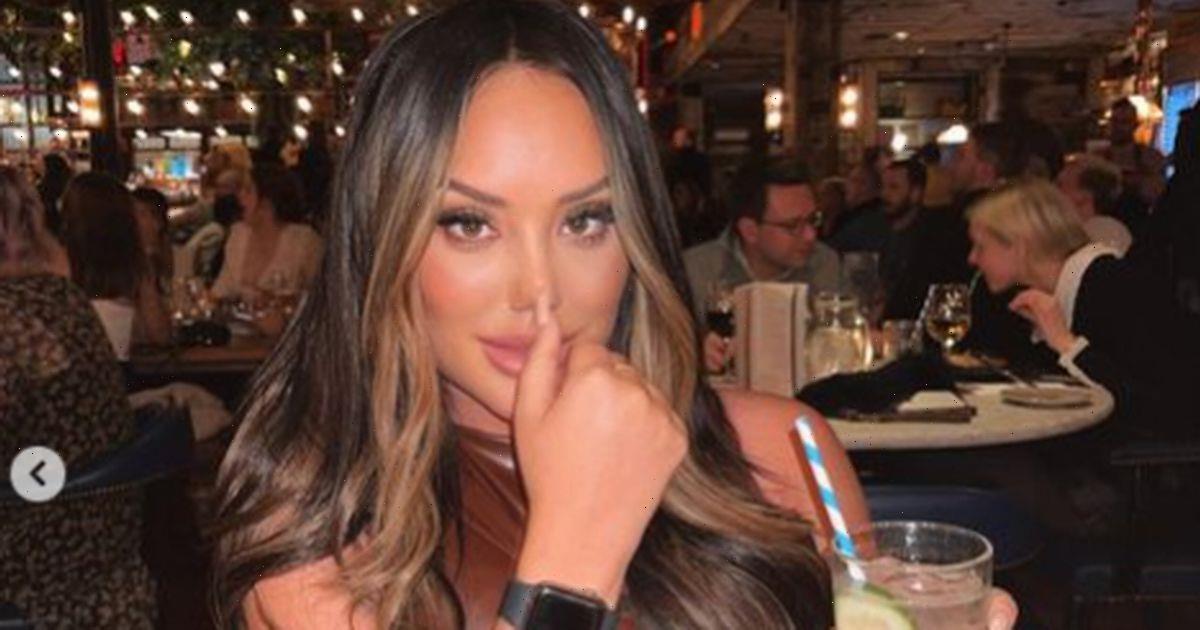 Geordie Shore favourite Charlotte Crosby has posted a sneak peak at her rarely-seen boyfriend as she shares snaps from the couple’s date night.

The reality star, 31, took to her Instagram to share three snaps from her date night with her 7.6 million followers.

Charlotte and boyfriend Jake were seen enjoying drinks in a pub and the brunette beauty shared a picture of herself holding her drink and had her other hand across part of her face.

Her long brunette hair was down in a wavy blow dry and she wore a brown leather looking sleeveless dress.

She shared a second snap where she posed for the camera looking sultry as she held her drink with one hand and rested her other elbow on the table.

In the third shot Charlotte shared a mirror selfie which showed the rarely-seen Jake who was leaning into her affectionately.

He looked casual in a dark grey T-shirt and short hair and a slight beard could be seen in the loved-up snap.

Charlotte captioned the post: “Date nights with you” followed by a face surrounded by hearts emoji and two pints of beer cheers emoji.

Another penned: “I wish her all the happiness in the world she's been through so much” followed by a red heart emoji and a high five emoji.

The reality favourite took to her You Tube in December to share the romantic way Jake asked her to be his girlfriend.

Charlotte explained: "My boyfriend actually asked me to be his girlfriend on the first night in the Maldives and he had this beautiful set up on the beach… a beautiful red love heart was carved into the sand and there was a red heart table, made out of sand seats, cushions all on it.

"And we had a three course meal of my favourite foods – how special is that?

"And we had music and he asked us to be his girlfriend."

Charlotte has reportedly temporarily relocated to the heart of Manchester's city centre to her new beau's flat, which is based in a star-studded apartment block popular with professional footballers and formerLove Islandcontestants.

Stay up to date on all the latest news on Charlotte Crosby and many more stars by signing up for OK! 's daily newsletter here.