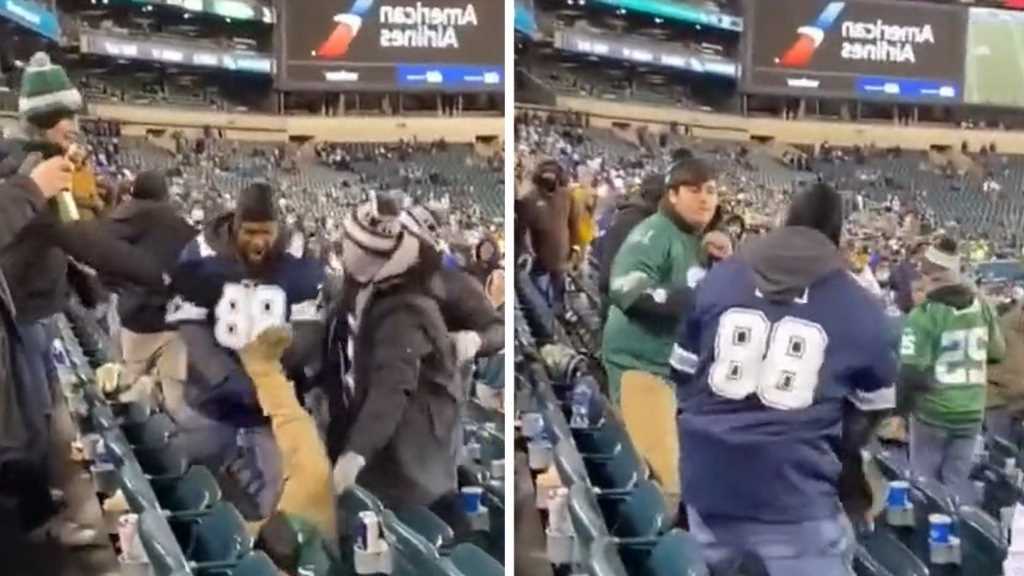 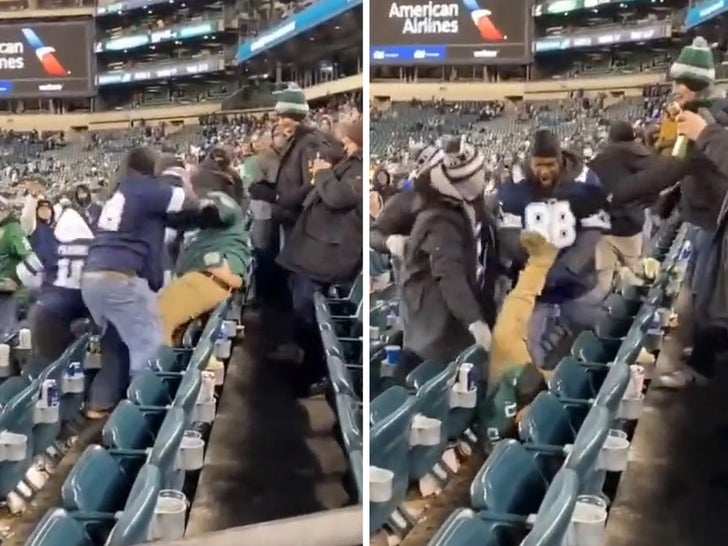 The Philadelphia Eagles weren’t the only ones getting whooped on Saturday … a couple of their fans got the same treatment from Dallas Cowboys supporters in the stands at Lincoln Financial Field.

Video shot by bystanders caught all the action … showing two men in ‘Boys jerseys getting into a verbal altercation with a man in a Randall Cunningham Eagles uniform.

The argument quickly turned physical … when one of the Dallas supporters — who was decked out in a CeeDee Lamb jersey — walked straight to the Eagles fan and started throwing punches.

You can see in the clip, the fan in the Lamb jersey got the better of the Eagles supporter quickly … and then the Cowboys fans moved on to fighting another guy in the same row.

Security and others in the area eventually came to the scene to break it all up.

Of course, the melee was a microcosm of the Eagles’ bad night … ’cause on the field, the Cowboys blew Philly out, 51-26.

But, hey, on the bright side, both teams ended up making the playoffs … which begin this weekend.