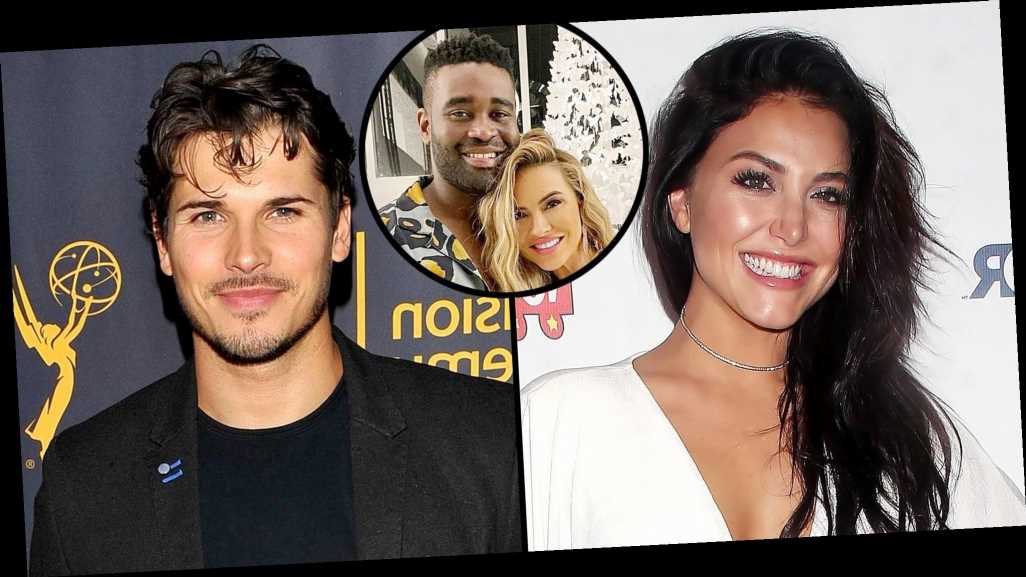 Love is in the air! Cassie Scerbo weighed in on Chrishell Stause and Keo Motsepe’s relationship after vacationing with the couple alongside her boyfriend, Gleb Savchenko, last month.

“They are amazing,” Scerbo, 30, exclusively told Us Weekly from promoting her partnership with Boo2Bullying, which focuses on ending bullying. “Both of them.”

The Sharkando star revealed that she has known the Dancing With the Stars pro, 31, for “years,” saying she is “really happy for him” and his new romance.

“They’re both wonderful people,” she continued. “Absolutely, like, literally not one negative thing to say, just so much fun. So just wonderful, great energy.”

The Make It or Break alum made headlines in December 2020 when she was spotted in Mexico with Savchenko, 37, who split from his wife of 14 years, Elena Samodanova, one month prior. The new couple enjoyed the getaway alongside Stause, 39, and Motsepe, who became Instagram official in early December.

Dancing With the Stars’ Hottest Hookups!

“Obviously everyone’s seeing that I was around these wonderful people,” she told Us of the trip, noting she hasn’t learned any dance moves from the stars. “I think they’re amazing.”

She added: “I love dancing. So, I like watching, like, everyone dance and have a good time always. I guess I should try to get some more tips.”

The Selling Sunset star was Savchenko’s dance partner on season 29 of the ABC series, which is also where she met Motsepe. After being accused of having an affair with Savchenko following his split from Samodanova, 36, Stause and her former DWTS partner denied that they were anything more than friends.

The former soap opera star then began dating the South Africa native, one year after she separated from husband Justin Hartley in November 2019.

A Guide to All the ‘DWTS’ Pros and Their Spouses

While in Mexico, Stause met up with Selling Sunset costar Heather Rae Young and her fiancé, Tarek El Moussa, for a double date. “They’re a super great couple,” El Moussa, 39, exclusively told Us earlier this month. “The two are awesome together. They really are very adorable.”

Scerbo, for her part, told Us on Tuesday that she is “happy in life” following her vacation with Savchenko. A source exclusively told Us last month that the couple “are having fun together, [and] it’s a fun and flirty time for them both.”

As the Russian dancer, who shares daughters Olivia, 10, and Zlata, 3, with his estranged wife, navigates his divorce, Scerbo is focused on her work with Boo2Bullying. The actress serves as the vice president of the organization and recently assisted in the launch of its app, which doesn’t allow any trolling, as a part of the current Stand Up to Bullying campaign.

“I love talking to students and I love, you know, obviously, combating bullying and trying to ensure that we have a more kind world,” Scerbo told Us of her work with the organization. “I feel like it’s really my purpose.”

With reporting by Christina Garibaldi