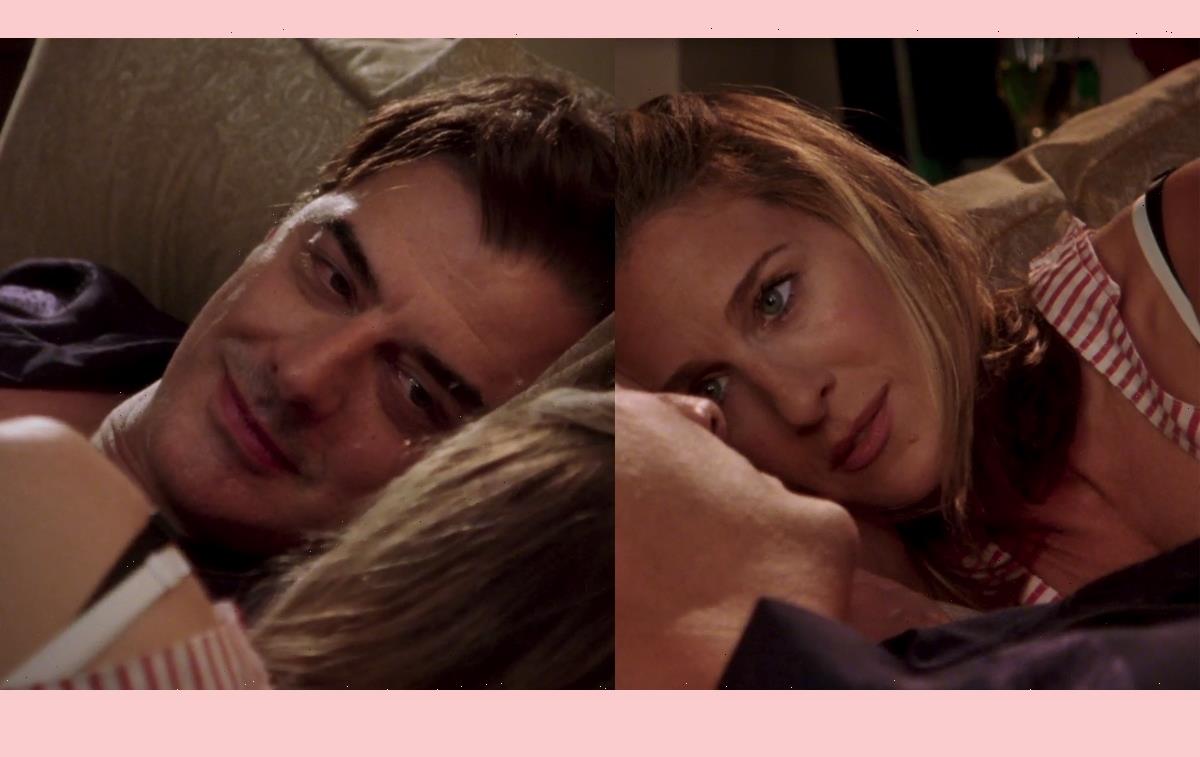 Oh man, they are really trying to tug at fans’ heartstrings now aren’t they??

In the wake of some pretty devastating rumors about the Sex And The City revival (which we’ll wait to talk about AFTER the new pics!), the stars are really giving fans of Carrie and Mr. Big, the show’s OG OTP couple, exactly what they want!

Earlier this week, Sarah Jessica Parker posted a pic of the couple embracing for a kiss…

And on Thursday her TV hubby Chris Noth followed suit with his own pic — the pair in bed together! Nostalgia overflow!

He even captioned the pic:

SJP even commented on the sweet snap, writing a throwback message just for the fans:

Awww, she even added a kiss! So sweet!

All of this is particularly emotionally impactful for the superfans following the rumors which came out over the past week. A source claimed And Just Like That… would live up to its portentous name by shocking fans with a “major” death out of nowhere in the very first episode.

Suddenly the speculation was rampant that this would be the twist with Carrie and Mr. Big — not that the couple would get a divorce but that he would die!

If that does happen, that makes this moment just so sweet and sad! Do YOU think they’re just getting emotional over there on the HBO Max show set and sharing with fans??