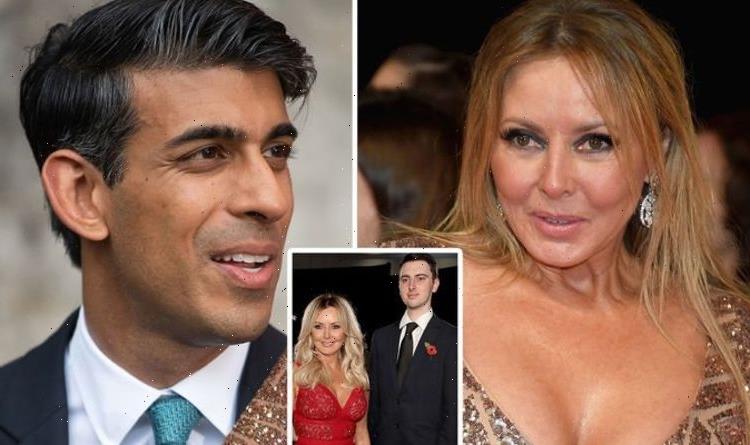 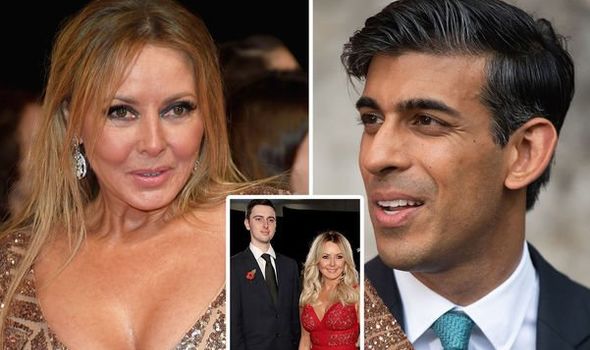 Carol Vorderman’s son Cameron, 24, has achieved a Master’s degree at Dundee university despite the fact he has severe forms of ADD, dyslexia and ADHD. The former Countdown maths whizz praised her youngest for beating the odds and showing former school bullies just how capable he is.

She wrote at the time: “So my son Cameron grew up, stuck with it, through endless bullying (you’re thick!!!), changed school, developed strategies to learn, worked hard and eventually got a FIRST CLASS DEGREE IN ANIMATION FROM @UWEBristol last summer.”

Carol went on to say: “I always knew he would make it with the right help but the mainstream system doesn’t cater well for mort children with these severe learning difficulties.

“Their development curve is a different shape.

“They have their superpower and one day THEY find their path IF they’re guided well.”

As she campaigns to get Government funding back for children with physical and learning difficulties, Carol has today revealed the reaction she received from other parents.

She said: “They told me they cried when they read my son’s news because it was a tale of such hope and joy for them.

“They have shared our story with their own children.”

Carol added in her column with The Sun: “But they have also shared the agonising frustration they feel at a system we have in this country that doesn’t work for children whose brains or bodies work differently.

“Parents told me how they have waited years for an assessment of their child’s needs, something that is necessary before building an essential support framework around them.”

The mother-of-two is supporting The Sun’s Give It Back campaign to close the £434 million shortfall in funding for children with physical and learning disabilities.

According to the Disabled Children’s Partnership (DCP), over half of families (55 per cent) with disabled children feel isolated.

She has urged Chancellor Rishi Sunak to act on this in his upcoming Budget next month.

Carol also reflected on her son’s troubled time at school, where he was branded “unteachable” by staff.

She added he was also bullied at several schools which left him “so unhappy”.

“For most schools it’s too much for them to work with the child — they are not equipped,” she added.

“If you don’t fit into the system teachers try their best or move the child out of the class or down a set.”

The presenter said she was lucky enough to be able to pay for a special school for him.

Carol also reflected on her single mum, who worked five part-time jobs so she could pay for weekly speech and language therapy sessions for her brother Anton.

She concluded: “My mum’s experience taught me that having a child with disabilities in whatever form is a long road, but with the right support you can get there in the end.

“My message to parents of disabled children would be to breathe through the anxiety. Help is needed now more than ever.”