BBC Breakfast star Carol Kirkwood, 58, returned to screens on the show today to deliver the latest weather forecast. She later took to Twitter to express her concerns about not being able to see.

I am not going to be able to see where I am going!

Like most UK citizens, Carol has not be able to visit the hairdressers due to the coronavirus pandemic lockdown, in which many shops have been closed.

Today, she joked about not being able to see if her hair doesn’t get cut imminently.

In view of her 183,000 Twitter followers, she wrote: “If my lockdown hair gets any longer I am not going to be able to see where I am going!”

Many of the weather star’s fans flocked to her post to comment, with the majority insisting they were also in the same position. 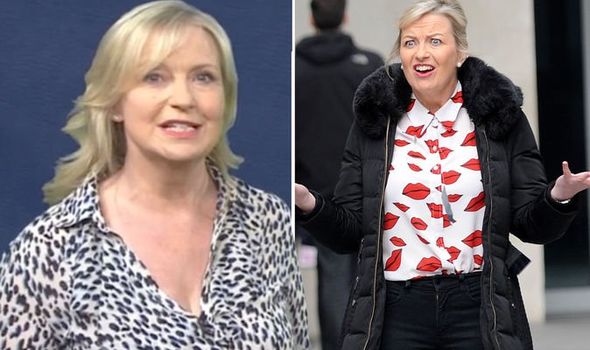 Another suggested the weather presenter should get her co-star Dan Walker to give her a trim.

“Dan will cut your fringe Carol,” the Twitter user wrote.

“Lol Carol you manage it so well! But yes… it’s looooong,”(sic) another wrote. 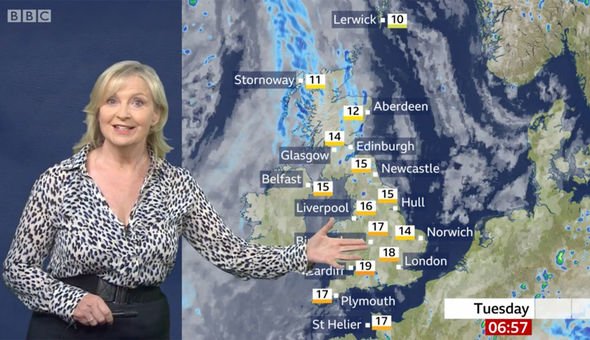 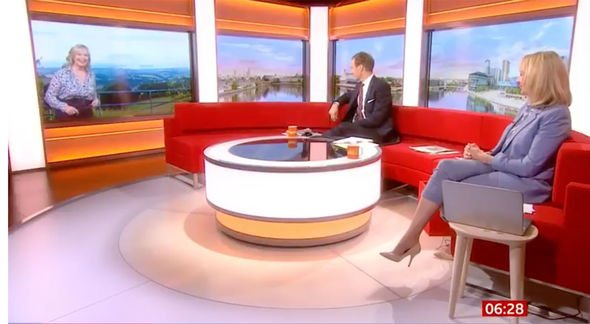 Carol shared her tweet after her co-star Dan told viewers she was late for her weather segment today.

Dan told viewers: “Now if you were watching at 6am this morning you would have heard Carol say that she would be with us at 6:27am. We’re a minute late!”

He turned to his co-star and said: “Carol, what is happening with the weather?”

Laughing, she replied: “That’s good for us though, Dan, I have to say.”

Carol went on to tell fans what to expect from the changing weather this week.

Delivering the not-so-good news, she said citizens can expect below-average temperatures for the week as well as heavy thunderstorms.

She divulged: “There is a nose of high pressure dominating our weather today.

“It will keep things fairly quiet and there is a lot of cloud around with some rain and some showers.

“Some light rain and drizzle in the southeast clearing.

“We have had some showers that are heavier across parts of the southwest of Wales, they will ease but they will be back later.”

She added that there will be “one or two showers” across Northern Ireland and northeast Scotland.

BBC Breakfast continues tomorrow at 6am on BBC One.