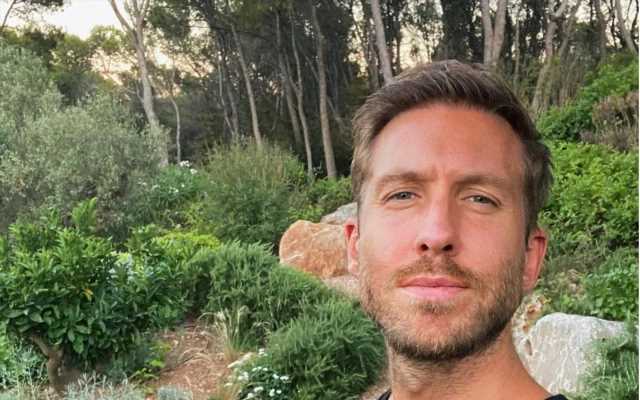 The ‘How Deep Is Your Love’ hitmaker and 32-year-old British TV and radio presenter are said to picture a ‘simple’ wedding and ‘want to keep it low key.’

AceShowbiz –Calvin Harris and Vick Hope want a “simple” wedding. The “Acceptable in the 80s” hitmaker proposed to the 32-year-old beauty with a £1 million engagement ring earlier this year, but insiders insist the lavish piece of jewellery isn’t a reliable indicator of the sort of celebrations they are planning for their big day.

“Although it is a stunning ring and extremely expensive, the couple aren’t going for a flashy or expensive wedding,” a source told The Sun newspaper. “The extravagance of the rock will eclipse how much they’re going to spend on the big day itself as they want to keep it low key and simple with just a core of close friends and family present. Either way, money is no real object for Calvin who has made millions creating hit dance tracks over the past 15 years.”

It was previously claimed the 38-year-old star had popped the question to Vick in the grounds of his home in Ibiza. A source said recently, “Calvin proposed to Vick under his favourite tree on his farm Terra Masia in Ibiza. Vick said yes immediately, she is madly in love with Calvin and could not be any happier.”

“And the couple are planning to tie the knot on the Spanish island.” The insider added, “Vick has been telling people they are going to be getting married in Ibiza. It’s a really special place for them both now and where they want to spend their lives together.”

“Vick’s mum is helping her to plan the wedding and they’re already putting together mood boards and plans. It was a shock for some people because it happened so quickly but it is obvious how happy they make each other.”

The former “Strictly Come Dancing” contestant, who has taken her man to meet her family in her hometown of Newcastle, is believed to be “the one” for the record producer, who ended things with supermodel Aarika Wolf this year and has also been romantically connected to pop stars Taylor Swift, Rita Ora and Ellie Goulding.

“Calvin was flying Vick out to Ibiza on his private jet,” another insider said. “It was all very romantic and he really laid out the red carpet. Calvin has found the one in Vick.”