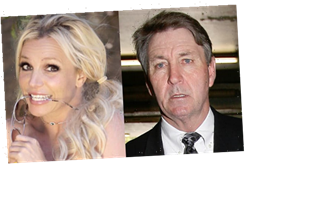 Since the beginning of this 13-year nightmare of a conservatorship, Jamie has insisted that it’s for Britney’s own good.

As time has gone by, the world has had a harder and harder time believing that.

Scrutiny of Britney Spears’ plight has shed light on the broader injustice of conservatorship laws.

Congress is signaling their intention to get involved — but Jamie is predictably objecting.

They say that a stopped clock is right twice a day.

That’s pretty much only true with analog clocks (when was the last time that you saw one of those).

But that saying seems to be at work as two high-ranking Republicans in the House of Representatives sign their names to a good cause.

Matt Gaetz is well known for all of the worst reasons, including unwavering support for disgraced former president Donald Trump.

Jim Jordan’s politics are equally abysmal, but he is most infamous for ignoring a litany of sexual misconduct allegations at Ohio State.

Somehow, two wrongs make a right, as this tweet from the House Judiciary GOP illustrates:

In this letter, signed by both Gaetz and Jordan, the House GOP Judiciary Committee discusses conservatorship laws.

They acknowledge that there has been a “growing public concern” on the topic, even referring to the ACLU’s statements.

A lot of alarms have gone off about people being stripped of their fundamental human rights by “manipulation of the court.”

“The most striking example is perhaps the case of multi-platinum performing artist Britney Spears,” the letter acknowledges.

“Since 2008, Ms. Spears has been under a court-ordered conservatorship,” the letter notes.

This conservatorship gives her father control over her finances, her movements, her relationships, and even her reproductive rights.

“The facts and circumstances giving rise to this arrangement remain in dispute,” the letter correctly observes.

The letter continues: “But involve questionable motives and legal tactics by her father and now-conservator, Jamie Spears.”

Belief that Britney resents her father’s control is not a #FreeBritney conspiracy theory. It comes from her own attorney.

“In court appearances in August and November of 2020,” the letter recalls.

The letter notes: “Ms. Spears’ attorney represented to the court that Ms. Spears ‘strongly opposed’ having her father as a conservator.”

“That she was afraid of her father,” the letter lists, “and that she would not again perform publicly so long as this arrangement persisted.”

“Despite these pleas, Mr. Spears remains a conservator of her estate,” the letter notes.

“Despite Mr. Spears’s claiming to want nothing more than to see Ms. Spears ‘not need a conservatorship,’” the letter points out.

The letter continues: “His attorney admitted in a recent documentary, ‘I have not seen a conservatee who has successfully terminated a conservatorship.'”

“Ms. Spears is not alone,” the letter grimly notes.

The letter also observes: “There are countless other Americans unjustly stripped of their freedoms by others with little recourse.”

If a young, world-famous celebrity can have this happen to them, what hope does a 70-something widow have when her adult children decide to control her life?

“Given the constitutional freedoms at stake and opaqueness of these arrangements,” the letter notes.

The letter affirms: “it is incumbent upon our Committee to convene a hearing to examine whether Americans are trapped unjustly in conservatorships.”

“We look forward to hearing from you on this important issue,” the letter concludes, with both Reps signing.

While it’s always heartbreaking when the worst people you can think of make a great point … perhaps this means that there is hope.

As advocates for disabled Americans have pointed out for many years, these laws must change.

Yes, some people may need help — but at present, these conservatorships are nigh unbreakable and are vulnerable to abuse.

Of course, Jamie has seen the letter and, just as every other time that his stranglehold on his daughter’s fortune is challenged, is pitching a fit.

The widely reviled man and his legal team reached out to TMZ to insist that his conservatorship is above board and always has been.

Additionally, his attorney points out that a private fiduciary is responsible for some portions of the conservatorship.

Burying fans in the legal structure and history of the conservatorship is a sound tactic.

Attorney Vivian Thoreen does her job well, as she is paid to.

Additionally, she notes that Britney’s team has never taken the (likely futile) step of filing to dissolve the conservatorship.

But no amount of distraction can erase Britney’s legal plea for independence from her father.

Also, no amount of distraction about Britney’s case changes that this is a plight faced by many disabled folks.

Free Britney, yes. But she’s just one of many victims of these unjust laws.