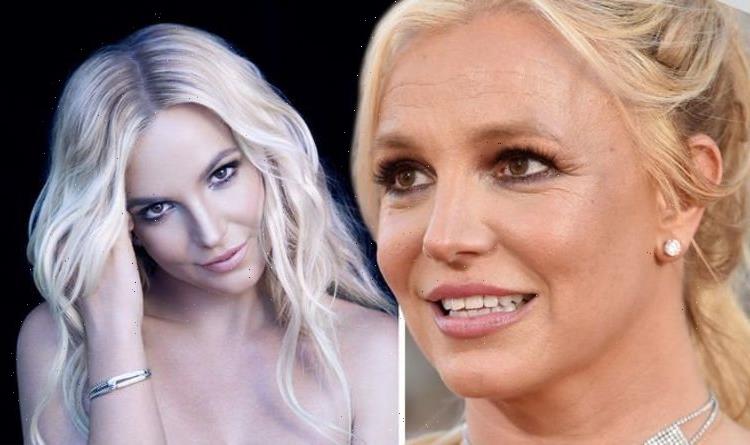 Britney Spears, 40, never fails to amaze her fans, and even more so now she’s a “free woman”. The Gimme More singer took to Instagram on Thursday night to show off her curves as she bared all in two VERY revealing snaps.

After Britney shared the striking post, it garnered just shy of 700K likes in less than an hour, but the comments were turned off.

In the two photos taken in what appears to be her dressing room, the blonde bombshell wore nothing but some white stockings, using a couple of emojis and her arm to cover herself.

Her signature blonde hair was pushed to the side and fell in waves down her front.

She also sported a diamond choker necklace, which gleamed as she took the mirror selfies.

This week has been a time of both celebration and reflection for the singer, who enjoyed her first glass of wine in over a decade, while continuing to speak out against her family.

November saw the end of her 13-year conservatorship and in view of her 38.3million followers, the star revealed how it was about time that she enjoyed the beverage.

Sharing a video to her Instagram on Wednesday, Britney danced to Madonna’s hit, Nobody’s Perfect.

Wearing an off the shoulder burgundy crop top, the mother-of-two also donned a pair of red chequered shorts as she danced around.

She addressed her “indulgent” dancing, whilst also marking milestones since the end of her conservatorship, which was under the control of her father, Jamie Spears.

Alongside a picture of some flowers, Britney wrote: “I’m sure it looks weird me dancing to @madonna so much… I see it… it’s like I’m not trying as much like I’m INDULGING… well that’s exactly what her music does to me!!!”

The singer went on to reveal that she recently enjoyed her first glass of wine in over 10 years.

“I mean I had my first glass of red wine last weekend!!!” the superstar continued.

She then hit out at her family, claiming that they taught her to be “selfish”.

Britney explained: “The sarcasm of me me me… my family taught me well by their actions… to be selfish and love thyself… play on!!!

“In a world where we all have the right to speak, drive, buy alcohol, party, have cash, I apologize for INDULGING in front of the masses and dancing a touch slower!!!

“I mean what was I thinking??” she added, alongside a laughing face emoji.

“Nobody’s perfect!!!” Britney exclaimed before admitting that she’d been saddened by the comments on her previous post of her dance routine.

“Ps… Yes I read the comments and people are absolutely hateful.”