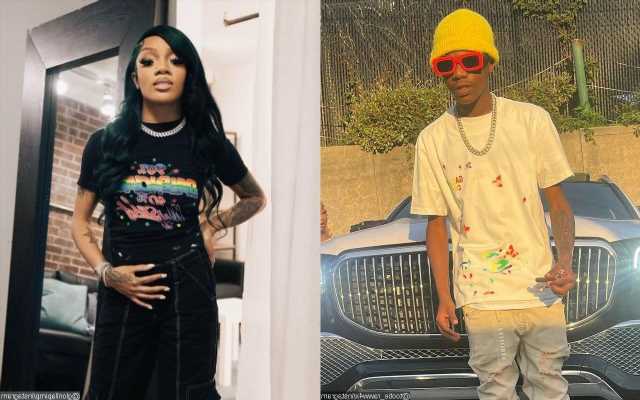 While the ‘MAD MAN’ rapper doesn’t write a long caption to accompany his Instagram Story post featuring the femcee, his message for the ‘F.N.F. (Let’s Go)’ raptress is as clear as day.

He shared a picture of himself posing along with the “F.N.F. (Let’s Go)” femcee. While Tootie didn’t write a long caption to accompany the post, his message was as clear as day. “I want u @glorillapimp,” he simply wrote.

In response to the shout-out, some fans thought his attempt to woo GloRilla wouldn’t work. “He ain’t gon get a chance today, but maybe he will tomorrow keep dreaming bruh bruh,” one person said in an Instagram comment, referring to GloRilla’s “Tomorrow 2” lyrics. Mocking Tootie, one person said, “boy sit down & graduate.”

One user, meanwhile, didn’t think it was genuine. “Him & Kodak only doing it cus she famous now,” the person opined, adding, “Stop playing , if she was a regular girl in the gas station they wouldve walked passed her like she aint nobody smh . where was these n***as before FNF & her cardi feature.”

Prior to this, Kodak Black sent a flirty message to GloRilla during her Instagram Live session. “You prolly ain’t my girl today but that’s why i love tomorrow,” the “Walk” rapper penned. Fans quickly clowned Kodak over the matter. “He flirting with every girl at this point , Someone take his phone,” one fan joked. “Man this n***a is PERSISTENT, I’ll give him that he gone get his kween one day,” someone else added.

Noting that the “Pimpin Ain’t Eazy” rapper gets flirty to female stars too much, one user wrote, “He ain’t even for the streets, he for the universe lol that boy wants every single famous woman.” A person, meanwhile, thought that Kodak and Glo might be perfect for each other as the person wrote, “They a match low key lol.”